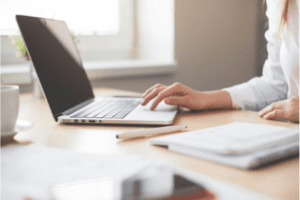 I’m sitting at my kitchen counter, thanking God I finally got my two-year-old to nap, and I start to make a list of what I want to do the rest of the afternoon…fold (AND put away) the laundry, figure out the dinner situation, cut out box tops for school, etc. And the question that often lingers in the back of my mind slowly creeps to the forefront: am I wasting my degree? Should I be wearing a suit sitting behind a desk somewhere instead of wearing maternity leggings in my kitchen?

To provide a little background, in my junior year of high school I decided that I was going to be a lawyer. It was after I and a few other students from my Civics Honors class were chosen to spend the day at the federal court in New Orleans. I had a blast sitting in the courtroom and participating in mock trials. My mind had been made up.

I was an overachiever once I got to college. It became almost an obsession getting A’s in every class and finishing in less than four years. I joined tons of clubs, too. I had to ensure I got into law school. I finished in 3.5 years summa cum laude with a degree in Government as well as minors in English and History. I was accepted into the L.S.U. Law School class of 2011, and the future was looking bright. I graduated law school and had a job lined up, but I think somewhere in the rush of all those years…pushing myself…wanting to prove to myself and countless others that I could do it, I was no longer truly happy. The reality was that I was lost.

I worked as an attorney for a few years, but I never really felt like I found my “niche.” During that time, I met my husband. He certainly helped me feel a little less lost. I had finally found someone to share my life with, which was something I had greatly longed and prayed for. After we had our first son, I suffered (unknowingly at the time) from postpartum depression. I had extreme separation anxiety and didn’t want to leave my baby. When my husband said I could stay home, I could think of nothing better at the time. That was in 2016, so I’ve been a stay-at-home mom for the greater part of the last four years. 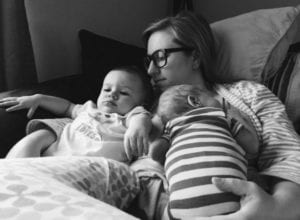 Some days I hate it and want to pull my hair out, but mostly I feel lucky. I know that not everyone has the option to do it. I struggle with feeling like my education was a waste and feeling like I’m putting a burden on my husband. I struggle with who I identify as. For a long time, I was “the girl going to law school” or “the lawyer”. And I placed entirely too much of my self-worth in those titles. When I “failed” as a lawyer, I felt like I failed as a person.

I’m slowly building my self-esteem back. Success is defined as “the accomplishment of an aim or purpose,” so in terms of going to law school and becoming a lawyer, I was indeed successful. Maybe I still haven’t found my ultimate purpose though. For now, I’m okay just being “Graham/Emile’s mom” or “Cody’s wife” (definitely my most important titles) or perhaps most importantly just “Katie”. There is value in who I am and what I do. I would like to go back to work one day (probably won’t be in the legal field), but right now, I’ll pull up these maternity leggings and enjoy these precious (and chaotic) years with my babies. And I won’t regret one single minute.