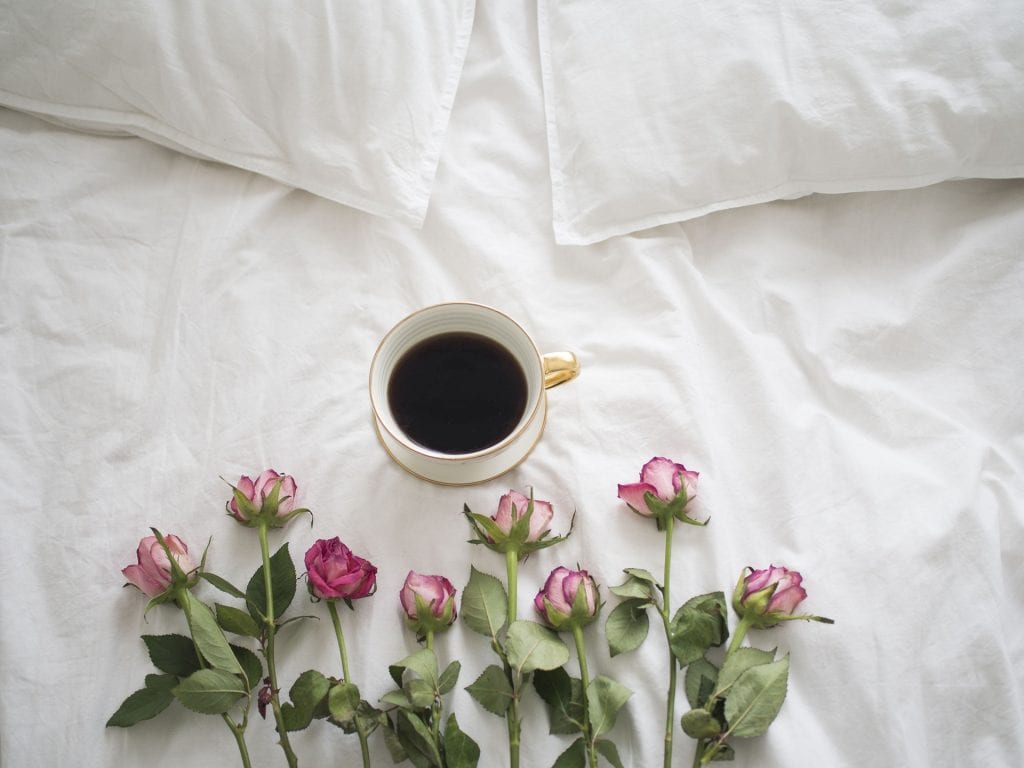 Pregnancy had taken such a toll on me that I thought somehow after my baby was born I would jump out of bed, go eat sushi and have several glasses of wine. Cute. I couldn’t even go to the bathroom unassisted for several hours, and my first meal was a cold sandwich. When I finally got home and took a sip of wine, I knew I wasn’t ready to drink again. That was the least of my worries, though. I thought I was prepared to deal with postpartum, but I wasn’t. The first two weeks were pure survival mode. Here is what I learned:

Accepting help is not easy

Although I had family staying with me and willing to help, it was really hard to enjoy their assistance. It’s not that I didn’t want it or needed it – there was the problem of figuring out and then conveying what I needed. So basically they helped me with food and laundry, but because they wanted to do it “right” (by right they mean the way I usually do things), I ended up having to come up with enough mental and physical energy to explain to them how I did things / just do it myself. Saying it doesn’t matter, “as long as it’s done it’s perfect” did not work for them. Which brings me to my next point.

I never thought I’d say that, but I’m beyond thankful Walmart exists. Doing groceries on my phone and having someone just pick it up saved me again and again. I tried everything under the sun, sent photos of what I wanted, explained the exact location on the shelves, barcode, description – and still, I’d get three types of ice cream instead of pistachio gelato. When I went to TJ’s for the first time after the baby was born, it was magical! Even though it was for just three things and I was worried about my son the whole time.

As part of preparing for postpartum, I did a freezer full of meals. My list: curry, chicken soup, lentils, and BREAKFAST BURRITOS. If you are pregnant, here is the most important take away: make some breakfast burritos for yourself. I was hungry at random times and eating fruits and nuts was not going to cut it… breakfast burritos saved me.

Water, so much water

A lot of things that I would need postpartum were not on my radar. I had no idea I would feel like the Sahara desert inside each time I had to breastfeed. I only had a 16 oz bottle that was widely inadequate for the task at hand. So I ordered a 64oz bottle and a 30oz cup with a straw and handle. I fill both, refill my cup as needed from the bottle and refill both just once a day, instead of twenty times a day.

Nursing clothes will be needed

I don’t know what I was thinking, but I had this illusion that I would be able to find clothes after the baby was born, depending on what I needed. It was hard to try on clothes when I was pregnant and I didn’t know how my body was going to change after birth. Jump to my sleep-deprived self with a tiny newborn and only one robe that fits me after birth. So I had to resort to 3 AM shopping-while-you-are-nursing to be able to be minimally dressed. What I learned is that there are a lot of clothes that are forgiving and will accommodate a changing body – I should have looked for those and used them for pregnancy and postpartum.

Get a sleep mask – or two

In the hospital and later at home having a nice sleeping mask was wonderful. Whenever I had a tiny break and could close my eyes for even 30 minutes, it didn’t matter what time it was, I would put my mask on and instantly fall asleep. With all the natural interruptions from being in the hospital and then home with a newborn, this meant a tiny getaway wherever I was. This is the one I have and love. It’s contoured so it doesn’t put pressure on your eyelids, there is no velcro or clasps, just a comfortable elastic that can be adjusted like a bra strap.

Although I read everywhere that for 6 weeks at least I would have to rest as much as possible, it didn’t quite compute in my head just the extend of this rest. Small things felt like chores and I was much more tired than I had imagined I would be. Pain and discomfort took the whole 6 weeks to subside. Now at 9 weeks if I go for a long walk carrying my 12lbs baby, I feel destroyed for at least a whole day after.

What would you have done differently during your postpartum?