How can I wake up if I never went to sleep? Wait get it together Beven … Momma can’t be tired … It’s the happiest day of the year for every boy and girl in the world and I get to share it with my two boys, Cooper and Carter, and my two girls, Caylee and Carleigh … That’s right, IT’S CHRISTMAS MORNING!

The boys lined up like racers in a marathon waiting for Daddy to set up the video camera. When he hit record, the boys sprinted from the room for their designated couch as Caylee Adair skipped just behind with lady like grace.

There were laughs and smiles, excitement and cheers, and pure joy – the kind that brings Momma to tears. Then from the chatter I hear, “Ha Momma! You said NO VIDEO GAMES, but I win. Look I got Skylanders from Santa!” 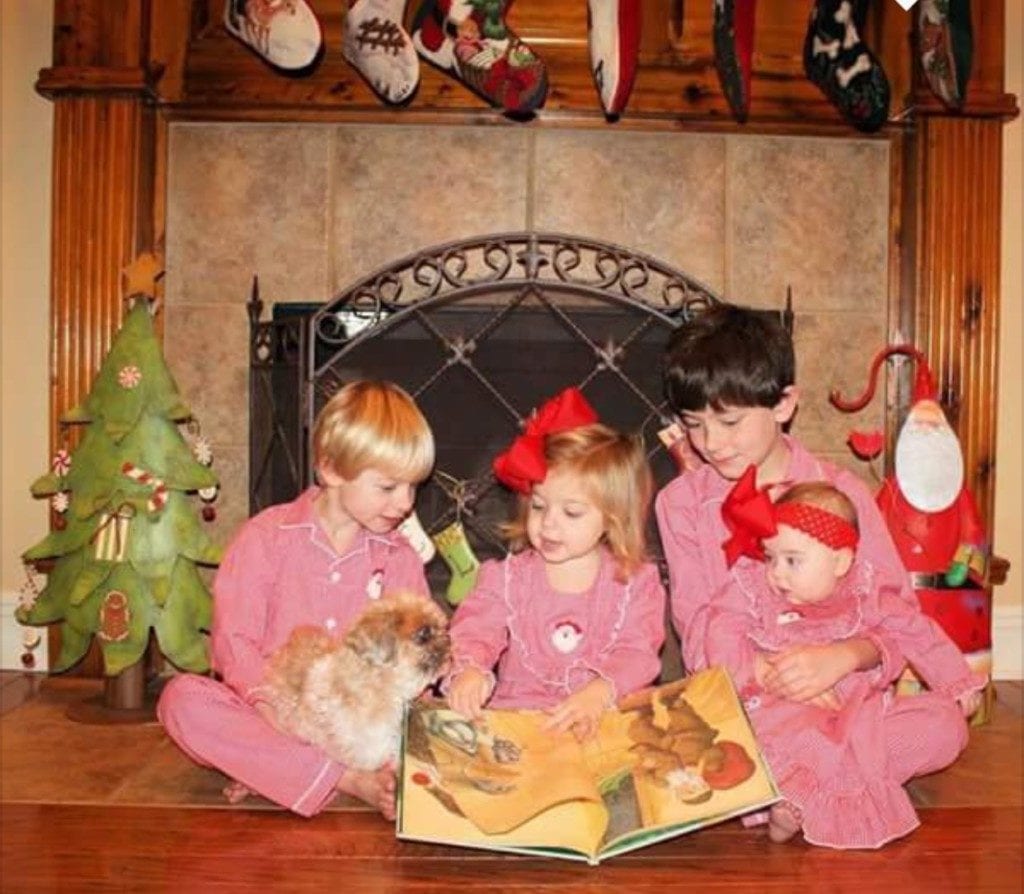 Wait a second my friend, I thought to myself. I worked hard to find the perfect gifts to fill their entire Christmas lists. Now not only does someone else get credit, but I also look second rate in my place of work. Maybe it’s my blood shot eyes from lack of sleep, but I was seeing red.

It was not red like Santa’s suit. No, it was more the shade of Superman’s boots. I wonder if Clark Kent ever wanted to say, “Look past these glasses everyone. It was me who saved the day!”

I looked right at Cooper and said, “Trust me, son, Momma’s got…”

Then I must have passed out, because the next thing I know, I find myself 12 hours ago.

“Boys it’s time for bed. You have to go to sleep before Santa can come and your sisters are already down.” I gently pulled my comforter up and tucked them in. Then, told them I love you sealed with a kiss for sweet dreams. On Christmas Eve night, the kids sleep in our room so we can make sure no one sees their gifts too soon.

My husband and I waited a beat to ensure no sound of little feet. When all was clear, we sprung into gear. Rob started to assemble like a cute little elf while I unwrapped and unboxed and started to place everything just perfect before it got too late.

All of a sudden I got a cold chill, because the noise level almost blew out my ear. Caylee’s new toy that Rob was preparing started blaring. I yelled, “Turn it off,” but he just looked at me staring. I finally found the switch and narrowly avoid catastrophe from that noisy little glitch.

Next I opened an Amazon Prime box to unveil a Millennium Falcon. Boy, who would have thought my sweet little Carter could give me such panic, but when no Black Friday store had his number one request, I was so happy Amazon was my next guess.

Open space on my oldest children’s couches disappeared faster than the hours left in the night. Suddenly, I noticed the baby’s empty spot, which left me frozen by the sight. We had trouble finding even one new baby toy. By the time we reached baby number 4, we already have everything for a girl or boy. Even though she could not play. I knew her siblings would wonder why Santa forgot their baby on Christmas Day.

Every store was now closed including the mall, and we were backed against wall. That’s when my husband had a tacky plan. If you ask me, he just jumped from the pot to frying pan. Rob simply started to unwrap her birthday gifts and all fears of our epic parent failure were set adrift.

Then as I took a picture of all our hard work, I noticed the Wii U placed front and center. I had told my husband and boys a hundred times that video games for kids this young should be a crime. However, I promised my children if they were good, that Santa would bring them the items on their Christmas List. Little did I know, my first born angel, so perfect and bold, found a tiny little loophole.

Top of Cooper’s list was the word “Skylanders” written with care.

Breaking that promise was something I could not dare. I completed their list like only Santa could, because their behavior, as I reflected, was just that good.

As we tried to go down, there was no rest to be found. I downed Santa’s milk cup just as the kids were ready to get up.

Wait what just happened and why was I rhyming? Maybe it was just a childish literally tool I used to remind myself and a few of you that Christmas Magic is the reason for the season not credit for everything we do.

So this Christmas. Embrace your inner child, cause for one night you play Superhero and like Clark Kent, your secret identity no one will ever know. How did my Christmas morning end?

I looked right at Cooper and said, “Trust me, son, Momma’s got to believe you must have been a really good boy for Santa to bring you everything on your list, even the ones Momma might have missed.” 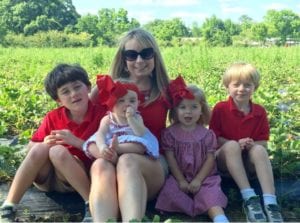 Beven Adair Budden Ray is a proud native of Southern Louisiana. She was raised in Lafayette, and craves boiled crawfish daily. Beven moved to Baton Rouge for college. Being a dancer, she enrolled in a modern dance course at LSU where she met her future husband, Rob Ray. Beven is a full time mom and resides in Dutchtown, which is the perfect community to raise her “C-Crew” Cooper (8), Carter (6), Caylee (2) and Carleigh (1). She is having the time of her life. She and her “C-Crew” dance and sing through the day as if it were a Broadway Musical, which always includes color coordinated wardrobe and BIG bows on little girls. She makes no secret that she believes from the food and music to the rich culture and cypress swamps, there is no place on Earth like South Louisiana. She is thrilled to be raising her Cajun Cuties in a place so beautifully unique that even the Target greeter speaks.