I’m sure most of us have heard the bible verse from Ephesians 5:24.

Now as the church submits to Christ, so also wives should submit to their husbands in everything.

I had never given the verse much thought. I know some people take offense to the “submitting” part, but I always just assumed it was an old, obsolete teaching and ignored it. Recently, however, it was explained to me in a way that converted this old teaching into modern understanding. I was told that rather than seeing ‘submitting’ as a negative requiring that I make myself a servant of my husband, to see it as a positive to help him rise to his role as the man of the household. Overall, I think I do a pretty good job of allowing him to be the man of the house, but am I helping him rise above? There is a difference in just allowing him to be the man and helping him become the man. I decided to try simple things that would hopefully help him reach his full potential without forcing it.

It sounds simple. It is something we have all been told many times. But, how often do we really pick our battles? At the end of a long day, it is easy to want to fight each and every battle. I realized I was tearing him down. One night while we were getting dinner together, we began to have a little argument. I don’t even remember what it was about, but it was petty. I could see how aggravated he was getting and thought to myself, “This is crazy. I don’t even care about this.” I just looked at him and apologized. I sincerely told him I was sorry, that he was right, and I was really only arguing out of frustration. I could see relief cover his face. Not because he won the battle, but because he saw that I just wanted unity. He then admitted to me that whatever we were arguing about didn’t really matter to him either. Since then, I have tried to ask myself if the issue is worth the argument. More often than not, it isn’t. When picking your battles, try not to nag! State your point and move on. If you continue to nag your spouse, he will get beat down and quit listen and responding.

Recently, I was at my mother in laws house. One of her dogs had just had puppies. While we were looking at the puppies, she informed me that Daniel told her that we were considering taking one. Um, WHAT?! This was news to me! I just nodded my head. Later when I had the chance, I brought it with him. He admitted that he should have talked to me first but had very reasonable points about why this puppy should be the one for us. I agreed, and now we are getting a puppy! Regardless of the topic, I publicly support him even when I disagree. Later, we discuss it and come to a mutual decision that we both support. In the same way, I do not speak negatively about him. Sure, I will vent a few minor frustrations with friends, but my words about him are positive and speak highly of him as a man, father, and husband.

3. Allow him to have uninterrupted daddy time

Our oldest is 4, and it has only been recently that I comfortably let my spouse be a dad. Not that I didn’t trust him or his abilities; I just felt that my children needed me. I soon realized that not only did the girls need him but also he needed them and that time. By allowing him to have daddy time, I have seen him grow as both a husband and a father.

I know a lot of you are wondering where this is going. At the end of the day, I am exhausted. I have been running after and holding kids all day. The last thing I want to do is “give” a little more. But I had to remind myself that he hasn’t been touched and hugged and loved all day so he still has that need. I decided to do a seven-day challenge. I committed to having sex with my husband every day for seven days. What I found at the end was that he was happier, less stressed and ultimately a better husband. He didn’t know I was doing the challenge (I guess he just thought he was lucky!), but I noticed a huge change in him. And honestly, I noticed a change in me too! 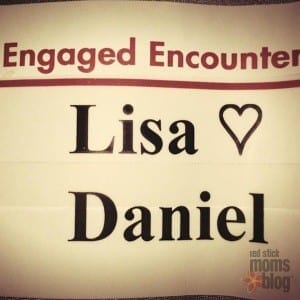 These are just a few ways I have found to be more supportive of my spouse. I never made my intentions known and decided to make subtle changes with myself. What I noticed were huge changes with him. He became a better husband and father, and ultimately, a better man.

In what ways do you support your spouse?