When I found out my firstborn was a boy, the thing I heard most often was “Boys love their mommas.”

I wasn’t given much advice beyond the occasional “boys take longer to potty train.” Yeah right, my boys were both fully potty trained by 26 months, thank you. Yet, no one mentioned that boys love to take things apart, typically by throwing them on the ground; or their love for bugs come in two varieties, squish them or keep them.

I didn’t know that they will literally keep moving to stay awake, often kicking their legs up and over their head. I’ve threatened more times than I’d like to admit to “wrap them in a burrito” so they could just stay still long enough to fall asleep. and I only have four years of experience raising boys, but boys are different. Outside games involve some kind of running competition, and their imagination extends from jungles to the Jurassic period. Something I don’t like to admit, but they already laugh at fart and poop jokes, and I promise I didn’t teach them that!

Even beyond that, their need for attention often looks like power struggles and disobedience. When my youngest wants attention, he will physically interrupt me. This includes banging on my laptop keyboard, pushing me away from the sink, making loud noises, or (as I’m typing this), trying to drop a golf ball down my shirt.

Another difference I’ve noticed, when talking to other moms, is that young boys do not love workbook pages.

We have several workbooks that I’ve pulled out and immediately my oldest says “I don’t want to do that.” (Insert eye roll from the mom who wants to home school.) After lots of trial and error, I’ve found they learn best when their whole body is engaged. This often looks like writing the alphabet in chalk outside, and then having the boys jump on the letter and repeat the sound it makes. I will usually say “Jump on the letter that says ‘Ah for Apple.'”

I also hate to admit that I’ve compared them to puppies.

I can see when they’ve reached their indoor limit because they will literally bounce themselves or objects off the walls. They need to be physical, and they need my physical attention (either by tickling, chasing them around, or playing catch). The second thing my boys do every morning is wrestle on my bed, the first is “mommy snuggle time.” Usually when the wrestling starts, that’s my cue to leave the room and start breakfast. Plus, even though I appreciate their need to be physical, they know that mommy doesn’t like to wrestle.

While I know boys are different, I’ve been very careful about not labeling a movie, song, activity, or character as a “girl thing” or “boy thing.”

Both of my boys adore the Frozen and Moana soundtracks. When my oldest sees a character he admires he will take on the name of that character. For a long time he was Moana, then Elsa, now he is a “Dinobuster” from Dino Dan. My youngest son has always been a superhero (batman, spiderman, superman, etc). There’s differences even among boys, but what remains the same is their competitiveness and their need to be physical. They both want to act out TV shows, or sing as loud as possible. It is true what they say though, boys really do love their mommas!

Moms of boys and girls, do you notice a difference between your sons and daughters? To all of the girl moms out there, what is it like?! 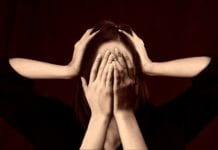 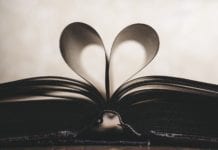 Please Stop Judging My Book By Its Cover 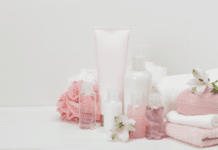