I always knew I wanted to breastfeed my children. With all three of them, I was fortunate that our breastfeeding journey just came naturally and, for the most part, was easy. I therefore decided that letting each of them wean on their own was the right choice. All of my children nursed passed the typical age of one. Both of my girls had weaned by the time they were 18 months old, but my son was still nursing at three years old.

Generally, nursing my son was a good experience, and I kept up with it because it brought him comfort in a way that nothing else could. While I loved nursing, as he grew from infant to toddler, it did get harder. Honestly, it got much harder at times! That’s why I have to laugh when I hear people make the comment that moms who nurse toddlers are doing it for their own enjoyment, because they clearly have never actually experienced it for themselves.

As a toddler, my son was constantly on the move. He would be calmly nursing one minute, and suddenly he would turn into an Olympic gymnast, while still latched of course! At other times, I would have a foot in my face or up on my shoulder. Trust me when I say that it wasn’t always a walk in the park trying to nurse a squiggly toddler. Getting kicked and pinched is not my idea of fun.

They don’t stay little for long

The other thing about children is that they are constantly growing. My son was pretty big for his age; milk was clearly doing his body good. As he got bigger, it was harder for him to curl up on me to nurse as he did when he was an infant. Nursing a moving, 30-pound toddler instead of a blissfully still newborn was tougher. Nursing wasn’t cute anymore or super easy, but he still seemed to need that emotional support and bonding time. I had already committed to nursing him as long as he needed me too, although it was getting more challenging. 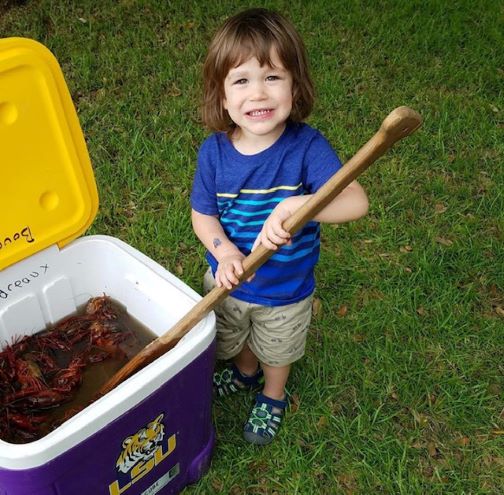 I’m not touching you

For those of you who have nursed a toddler, you know what it’s like to just be “touched out”. You feel like you might lose it on the next person that even slightly brushes up against you. It wasn’t fun having to constantly remind this human you created that you have other things to do, and couldn’t be open 24 hours a day like Waffle House.

Opinions. Everyone has one.

Despite all of this, I stuck with it for my son. Everyone has an opinion about breastfeeding, whether it is for how long you do it or where you do it. It seems like those people can’t wait to let you know their often unsolicited (and incorrect) opinions.

The most common one I received about nursing my son as he got older was, “If your kid is old enough to drink from a regular cup or eat the same food as you, they no longer need to breastfeed anymore. At this point, you’re doing it for yourself”. Once my son started to get teeth, he was eating dinner with us at the table. That didn’t mean he was done with nursing though. Breastmilk changes as your kids grow. It has the ability to adapt to what a growing child needs. Extended breastfeeding was a choice, but it wasn’t just my choice. My little guy was involved in the decision as well. He was using it for comfort, to relax before bed, and as a way to calm himself when he just didn’t feel right.

I am not EMBARRASSED.

Even though nursing my son until he was three was oftentimes exhausting and a source of judgement from others, I am not ashamed. The choice was mine to make, and I did what my child needed me to do.