I never knew how important early intervention was until my son Brady turned 2 on September 5, 2013 and was saying 3-4 words. Maybe. He had developed on time with everything else, pretty much skipped crawling and went straight to running.

Even with him only saying so few words, we were told he was just a late bloomer on the speech aspect and it would come.

“He has an older sister who talks for him! He isn’t going to be a huge talker due to her.” 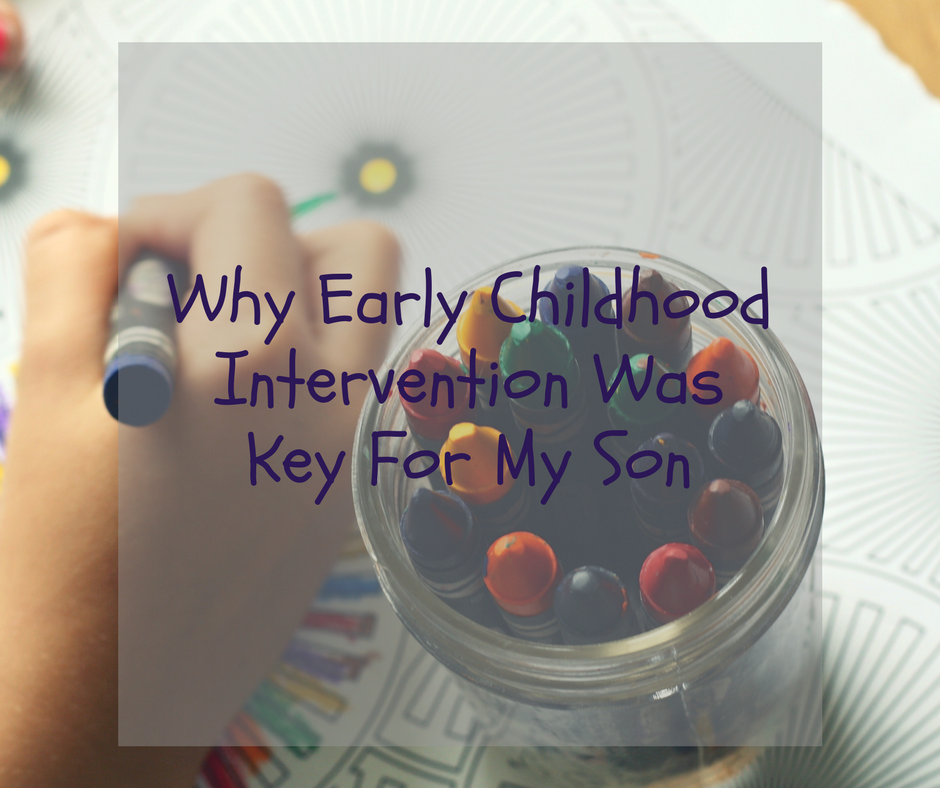 This was the phrase we heard every time we brought up our concern with his speech delay. It is very difficult not to compare children. I found myself doing this A LOT. Why were all the other children talking so well and my son was not? Could there be more to this issue than just him having a very talkative older sibling?

My inner mommy instinct kept telling me something wasn’t right. I am glad I listened to that inner instinct. After Brady turned 2, he started doing more ‘quirky’ things. One thing that popped out was the fact he got very overwhelmed being surrounded by lots of people, including family. He would have a meltdown and try to run off.

This may be ‘normal’ for some kids who have some sense of social anxiety. With the speech delay, I felt like this just added to what was going on with Brady. Thankfully my neighbor told me about Early Steps. And yes, I brought up all these concerns to my pediatrician who did not feel it necessary to have Brady assessed. He believed that Brady still needed time to develop. My mommy instinct knew not to wait … and I did not.

I called Early Steps to have the process started sometime in November. Brady was to be evaluated on December 23rd … a day I will never forget. The lady came in to our home with a bag full of items for Brady to play with. As she took out individual items, she watched and wrote down notes on a paper. I anxiously watched along side her. The evaluation finally ended and the assessor looked over to me.

She told me “On a non-professional aspect, your son shows signs of being autistic.”

What?! Autistic? I was prepared for her to tell me speech delay with some social anxiety, but never autism. The woman left our home as the tears arrived on my face. Now what?

I will tell you what … this Momma Bear jumped on board to getting whatever I needed for my son. I called right after the assessor left to see if I could get a head start on getting my son a speech therapist who was trained for children with autistic tendencies. With it being the holiday, I was only getting voice mails. I left at least 2 voicemails between December 23rd-January 5.

It was the second week of January before I got a call back to let me know that I was on a waiting list. Ugh … not what a worrying mother wants to hear, but took it gratefully. It wasn’t long before I received another call that Brady had been moved up on the list and was getting a speech therapist, one that would do well with his possible autism.

Brady’s first speech therapy session was at the end of January. He had speech therapy once a week for about 30 minutes in our own home. By the end of the summer, Brady was saying a minimum of 10 words. Minimum! Praise God!

The Early Childhood classes are set up much like a preschool class, where the child is taught the basics: colors, numbers, weather, daily routines. These things are all taught to your child based on his/her needs. He also was placed in a speech therapy group session at Emerge until he ‘graduated’ in June 2016.

Brady was a part of the State Early Childhood program until this past year, where he was moved up to Kindergarten. He didn’t age out, but ‘graduated’ due to his progress. Brady has pretty much caught up to his peers in regard to speech. It is so hard to believe where we were just 3 years ago! He is no longer ‘socially awkward’ and actually enjoys playing with other children. Brady was never evaluated for Autism. That is a topic for an entirely new post. 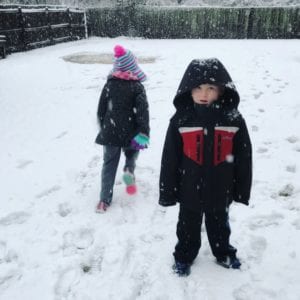 I truthfully believe this is all due to early intervention. If you ever have any doubt or worry that your child may be delayed for one reason or another, don’t wait for someone else to tell you to make the move. You make the move! It takes one call and one assessment to tell you what will be the next key step to get your child to where he/she needs to be.

Not sure where to start? Here are a few links that were helpful for me: