When I was younger, my family would gather around the TV for some quality prime-time family entertainment. We would count down the days until we ordered pizza and settled in for some T.G.I.F. featuring “Full House.” I even remember us all giggling at the silly voice-overs on “America’s Funniest Home Videos.”

If you long for a similar scenario today but can’t find a show that everyone in the family can enjoy, then you haven’t seen an episode of “Fixer Upper.” If you’ve never heard of the show, then you’ve been living under a rock. The HGTV reality show focuses on married couple Chip and Joanna Gaines of Waco, Texas. Together they help clients find “the worst house in the best neighborhood,” gut it out during Chip’s favorite “DEMO DAY!” and redesign/decorate it, typically incorporating Jo’s penchant for shiplap.

I’m not here to focus on why it’s one of the best home makeover shows out there–there are plenty that feature similar house-flipping, repair, construction, and design elements. Instead I’m here to discuss the reasons why it’s the perfect family program from this mom’s perspective:

1. They’re kind to one another

I’m constantly reminding my kids to be kind to one another, reinforcing the message with whatever programs I expose them to; however, there are so few programs that celebrate kindness. Even children’s programming often relies on snarky adults and “sassy” kids. It may be true that people aren’t always kind, but writing, featuring, and watching shows that display unkind behavior seems to enable and perpetuate it. No thanks.

Chip and Joanna are genuinely kind to one another, their children, their crew, and their clients. Incredibly, they maintain this kindness without it seeming cheesy, disingenuous, or aloof. Even if I’m giving them too much credit and it’s all an act for the show, I appreciate that their kindness is always on display for my children to observe and learn from.

2. They respect their children

Chip and Jo’s seemingly-innumerable skills extend beyond the workplace and into their impeccably-decorated farm-style home. The couple respect their four children more than what is often demonstrated on other shows. They never take advantage of them; they don’t mock or talk down to them; they don’t make them the butt of jokes; they don’t talk around them (all common tropes of TV sitcoms featuring families).

Instead, they discuss how purposefully they include their children in all components of the show’s process, hoping to pass on the many skills they can teach along the way. I respect that, even if it does make me nervous that my kids are watching Chip and the boys “break stuff!” on Demo Day. 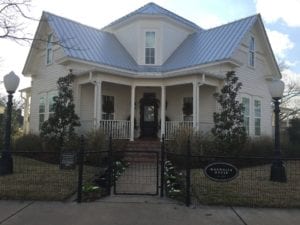 It may be hard for some avid fans to believe, but Joanna Gaines cannot, in fact, do everything. That was hard for me to write, but she seems totally comfortable admitting it. This alone is an important lesson that many mothers can learn from. When she needs help or inspiration for a design, she pays a visit to those whom she admits are better at a craft than she is. The couple themselves even collaborate on many projects, often making it a lighthearted competition.

The best part of their collaboration is that their children are in tow to see it–and my kids get to take it all in from our couch.

4. They stress the significance of hard work

With the lifestyle that the couple has afforded their children, you would expect them to be the most entitled brats in Waco. But for each project, Chip and Jo remind them that hard work is how you earn a living. I’m not sure I’ve seen an episode that didn’t echo “Dad’s hard at work” or “Momma’s workin’ hard!”

Even when they’re shopping local to get pottery, antiques, metal work, or handcrafted furniture (craftsmen that mega-fans can all name), they make sure to bring their kids along for the ride to reinforce that message of diligence and taking pride in one’s craft. My son even noted the other night that he hopes he “can work hard to make something that nice one day!”

When you think of an empowering female who embodies modern Feminism, the conservative Joanna Gaines may not immediately come to mind. But she should. Joanna is touted as a realtor, renovator, bestselling author, producer, designer, and the list continues. I should remind you here that she has gained all of this success while raising four kids. FOUR. KIDS.

Rather than relying on stereotypes of a mom character as nagging, frazzled, and bothersome, “Fixer Upper” shows an educated, skilled entrepreneur who works alongside several men on a project, contributing her expertise.

Now that I think about it, maybe the “glory days” of my childhood shows weren’t as glorious as I remember. After all, our female leads on the family programs were Roseanne, who was always yelling; Jill Taylor, who was mocked as a bad cook; and Aunt Becky, who only got to kiss Uncle Jesse, discuss puberty, and mother twins. Ok, maybe kissing Uncle Jesse wasn’t such a bad gig…

So if my kids are going to ask if they can cuddle up with me on the couch to watch “Fixer Upper” like they did the other night, the answer for the foreseeable future will be “absolutely!” 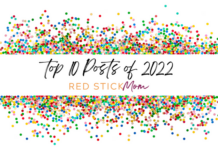 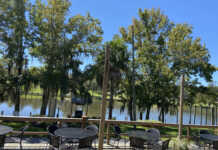 The Transition From Fancy to Family Christmas Tree