Gifts. Everyone wants to buy gifts for my kids. They want to shower them in love, that’s cool and all until they ask for gift ideas. Because this adorable angel is actually an undercover tyrant and here’s what she really wants as gifts …

Electrical cords. Phone cords — pretty much anything she can chew on that offers 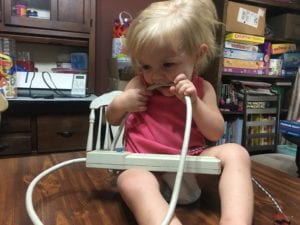 the slightest ability to offer a bit of danger alongside her teething journey.

A knife, or two, to practice her knife-throwing skills. But really she will most likely wave it in the air like a madwoman while giggling maniacally.

Water puddles – for drinking. You heard me. Her favorites consist of puddles at the zoo. The ones near the crazed peacocks, she likes to get down on all fours and lick them like a dog. At least this gift will also boost her immune system.

Something to lick. A dog, random cars in a parking 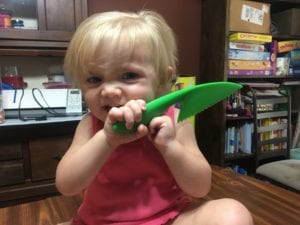 lot, bonus points if it’s covered in pollen. A pot of soil, this would be a two for one as I could plant some herbs only for her to dig them up with her mouth and chew on them a bit along with the soil.

Plastic bags. I think this is self-explanatory.

A hot oven door, for gymnastics obviously. She would love a door to hang on and practice her chin-ups. If this door handle could have some sort of danger aspect that would make you a favorite in her eyes.

Bungee cords. To make climbing and jumping from heights unknown a little easier. Also, these could be used to catapult sharp and dangerous items into the air, probably followed by cheap attempts to catch said objects.

Dictators for Dummies – Kids Edition. I doubt this book actually exists but if it did, I can almost guarantee we’d own it. Heck, for that matter I wouldn’t be surprised if she wrote it! 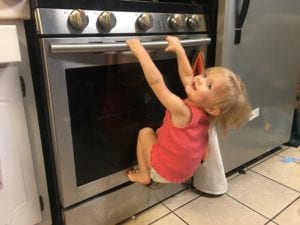 There would be at least one chapter dedicated to me and the mother I once was before she turned all my hair gray and locked me in a tower in some poor country she overtook with sheer willpower and headstrong manipulation.

So in actuality, why don’t we just call this a wash? I will be accepting gift cards for massage therapy, coffee, and maybe a Fleauxt. Do you have a tiny tyrant? What are some of your go-to gift ideas? 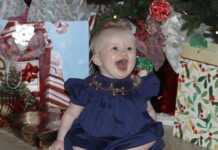 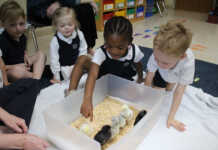 3 Questions to Ask When Searching for a Preschool