I was fairly young when I came to the realization that Robert Stack was a fox. There was something about his voice, his story telling ability, and way he opens the door to the borderline voyeuristic world of true crime and mystery that had my hooked on the show Unsolved Mysteries. 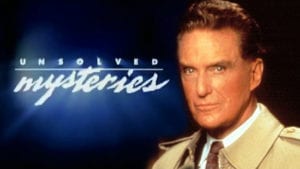 Then came Keith Morrison from Dateline. Keith Morrison may be my third favorite Canadian (after Justin Trudeau and Rachel McAdams). I especially love the way he leans on things while sharing stories of affairs turned deadly or murderous mysteries. 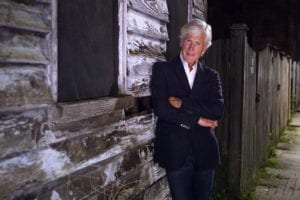 It’s safe to assume that I have a slight obsession with true crime. I can’t exactly pin point when or why the obsession started, but I can say that I am completely fascinated by crime stories. Maybe it’s my curiosity that gets the best of me and my desire to truly understand the human condition when it comes to crime. It’s as though I’m staring at a train wreck and I can’t look away. Instead of looking away, I must immerse myself in every detail of the story while trying to solve the crime on my own and imagining I’m a part of the investigation team.

My obsession with true crime recently extended past television and made it’s way into podcasts. Here are a few of my favorites for my fellow murder obsessed.

Dirty John – This story has all the best elements for the most binge worthy podcast. Wealth, beauty, deception, and finally murder. In a six-part series, an investigative journalist from the LA Times, shares the story of John Meehan, a handsome and wealthy Anesthesiologist – or so we think. It’s one of my favorite podcast series to date.

Young Charlie – Young Charlie explores the life of Charles Manson from his childhood up to his recent death in prison. While I would NEVER empathize with Charles Manson, if found it incredibly intriguing to learn about Manson’s childhood, the abuse he suffered as a child, and all the events leading up to Manson’s murderous spree through California.

Moms and Murder – The first time I heard about Moms and Murder, my knee jerk reaction was “Why didn’t I think of this?” Mandy and Melissa, the hosts of the podcast, share weekly cases while also injecting a bit of humor and personality.

I can’t be the only mom out there with a true crime obsession. Are you a fan of true crime?