It happened nearly a decade ago but the experience has stuck with me. The younger sister of a close friend from my hometown was a freshman at LSU and I was a senior. My friend told me that her sister was going through a rough breakup, which I could relate to, so I called her up and invited her to dinner. I was expecting to trade stories of betrayal over sushi, but was shocked when instead she told me that the boy she was heartbroken to lose had been physically abusing her for years. I’d known this girl since she was a tween. I knew her family and I knew that they were very involved in their childrens’ lives, and I knew that they had no idea that their daughter had been slammed against a wall and had her throat squeezed tight by the boy that they’d welcomed into their home.

The National Coalition Against Domestic Violence estimates that one in every four women will experience domestic violence in her lifetime. And if you think that domestic violence has nothing to do with parenting, think again. Witnessing violence between one’s parents or caretakers is the strongest risk factor of transmitting violent behavior from one generation to the next. Boys who witness domestic violence are twice as likely to abuse their own partners and children when they become adults. And 30% to 60% of perpetrators of intimate partner violence also abuse children in the household. (you can find sources for all these statistics here)

When I realized that my friend had been abused, I offered her a safe place to stay, helped create a circle of support around her by encouraging her to tell her parents what had happened, and offered time and understanding while she worked through the complicated emotions surrounding the end of her relationship. She is doing AWESOME these days and I could not be more proud of her. If you learn that someone you know is involved in domestic violence, here’s what you can do to help:

Domestic violence can happen to anyone, regardless of gender, race, ethnicity, sexual orientation, income, or other factors. So if you see something–unexplained injuries, unusual jealousy, controlling behavior, or isolation from friends and family–say something. Be tactful about it and remember to treat others as you would like to be treated. And if you are experiencing domestic violence yourself please reach out for help! It shouldn’t hurt to go home. 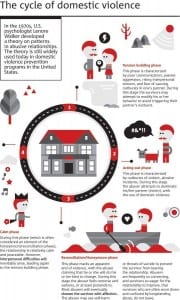 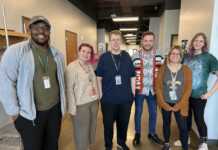 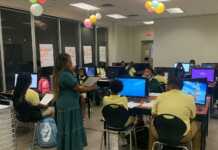