I logged into our daycare’s camera system and saw a picturesque scene; the teacher was seated on the floor with a gaggle of toddlers around her. They all appeared to be singing and swaying, all except for one. My toddler was standing away from the group looking on in apprehension, or that was my view of it anyway. He approached the group and then backed away again and then I saw the teacher lift her phone. She was clearly playing a video or a song and it seemed like my kid didn’t know how to react. I watched as both the teacher and the other toddlers invited him into the circle; he ran in the opposite direction. It got me wondering, is limited screen time a disservice in modern times?

Maybe this is a naive question of a first time mom, but technology is ever-present in society and we are becoming more and more reliant on it. Should I be exposing my kid to more technology? I’m an “older millennial,” that group that falls between GenX and the true Millennial. I remember school before computers; I turned in papers written on a typewriter, I survived on the Oregon Trail (the game), I vividly remember the start-up sound to AOL. I also struggle with figuring out how to share things on Instagram, so there’s that. I think we had the best of both worlds. Computers and technology were introduced to us slowly and at later ages. We grew up as technology did. We never imagined that we’d all have a computer in our pockets. 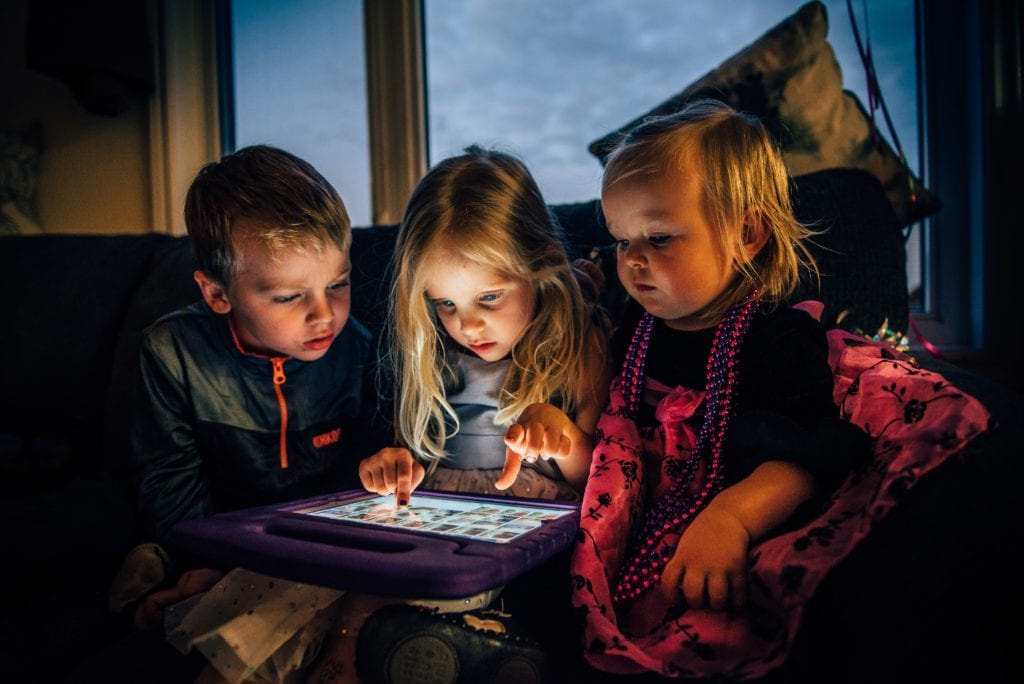 We haven’t said “no” to screen time or set any kind of limits, but our little guy goes to daycare while we work and the limited “free time” we have at home with our kid is time that we want to spend engaging with him. When we get home after work / daycare, we play or read or go outside. He’ll play with his blocks or kitchen or other toys while we prepare dinner. We listen to music, we dance, but we don’t turn on the TV. We don’t have an iPad mounted in the car and he’s never seen a Disney movie. He doesn’t have a favorite TV show because he doesn’t watch TV shows.

Please know this is not a humblebrag, nor is it anti-tech. We have the TV on on the weekend, mainly watching sports. While my kid doesn’t have a favorite TV show, he most definitely has a favorite commercial. (Scoop there it is, thanks Geico). 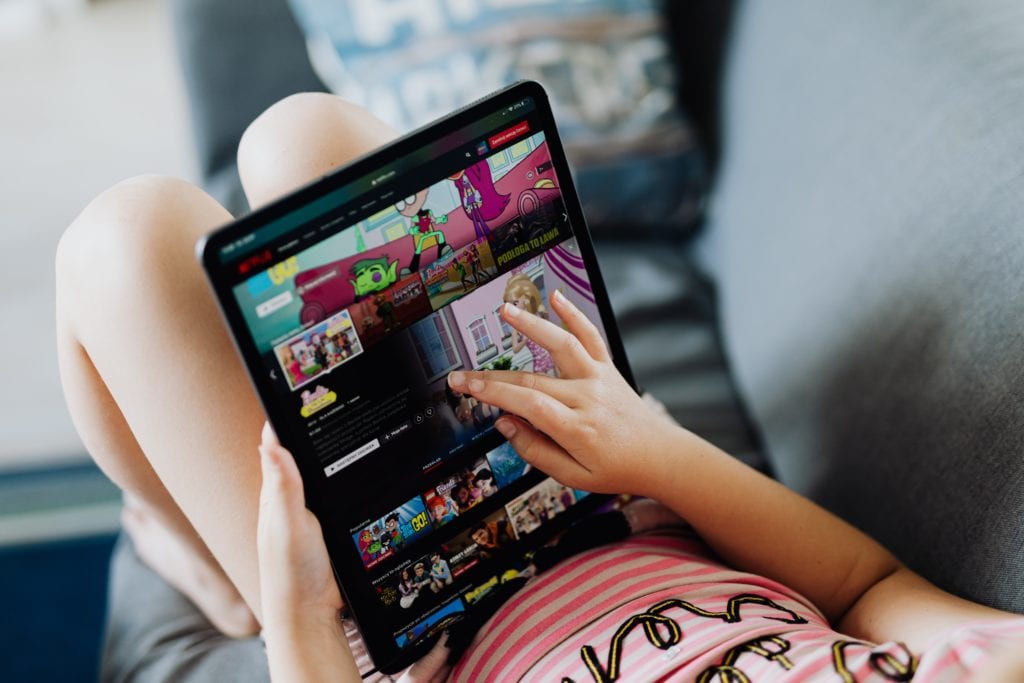 What’s a Parent To Do?

Covid changed a lot of things. One of the biggest is how we interact with other people. Sure, we were texting and face-timing before, but the pandemic made it more of a norm. We started video-chatting with grandparents a lot more. My son now thinks that it’s the grandparents calling every time a phone rings or an alarm sounds. Is that okay? I just wasn’t sure.

I decided to do some research; I usually look for evidence based research from medical professionals and journal articles. In those sources I found great information. I also found that same info here on RSM. Essentially, I learned / relearned that I need to be thoughtful in our uses / approaches to media use, attempt to limit it for young toddlers to only video-chatting and add in educational videos as they age, and watch those videos with him. The experts also recommend not having screen time during meal-times and before bed. Honestly, we would all probably benefit from that. There was also a recommendation to create a family media plan. If you want to create a family media plan, check it out here.

In the end, I don’t think it is a disservice; like so many things in life it’s about balance. I think we’re encouraging imaginative play, setting a foundation for good reading habits and for physical activity. I know he will learn what he needs to know about technology when the time is right. For now, I think we will keep the TV off and try harder to put our phones away.

As for my toddler and his circle time avoidance, I asked his teacher about it that afternoon; turns out he’s just not a fan of Let It Go.