I had several expectations about what life would be like when my son was born — sleepless nights, thousands of diapers, sweet baby snuggles, a love like no other … the list could keep going.

What I didn’t expect were bizarre/rude/unsolicited comments that strangers would make regarding my child and/or parenting. Comments from strangers often leave me feeling annoyed, like the lady who asked me how old my son was shortly after he was born. When I told her that he was nine weeks old, she accused me of lying, saying he was too small to be nine weeks old. First of all, he was a preemie. Secondly, why would I lie about that?

But this story isn’t about those strangers. This story is about the OTHER strangers. The rare strangers that with the perfect mix of empathy, humor, and compassion have left me in a better mood and restored my faith in humanity.

When it comes to running errands with my son, I know he’s good for two stops. Anything beyond that and I might as well be poking a sleeping bear with a stick.

Well, there we were one day finishing up Errand Number Three. The snacks were flowing, the toddler songs were playing on repeat. The general mood from the backseat was good. I thought I could sneak a fourth stop into our schedule.

Yep, I poked the metaphorical bear. Now I know why Yellowstone has all those signs…

As I tried to get him into the car after the fourth stop, an epic meltdown occurred and I could not get him to sit down in his seat. His little arms and legs were flailing, tears were streaming down his face, and he was demonstrating gymnast-style back bends. All of my normal tricks weren’t working, and I could feel eyes watching me as I continued my attempts.

Finally, the store employee that had been watching us walked over and asked, “Can I help in any way?” Before I could tell him, “No, I’ve got this,” he started talking to my son. “Hey Buddy! How’s it going? Can you show me how you sit down in your seat?” And as if I had previously been speaking a foreign language to my son and this random (yet incredibly nice) guy was speaking English, my son looked at him, stopped crying, and sat down. While I was grateful that the parking lot standoff had ended, I was embarrassed. This guy probably thinks I’m the worst parent in the world. I can’t even get my own son to sit down! As I quickly said thanks, trying to play off my obvious embarrassment, he said with a sympathetic laugh, “Oh yeah, I remember when my kids were that age!”

A couple weeks later, there we were again, facing Errand Number Four. I absolutely needed to make that one last quick stop. I only needed one thing and I figured it would be fast.

I clearly hadn’t learned my lesson.

The line was painfully slow and this time we didn’t even make it to the parking lot before the slow wails of my anguished toddler started. All of my attempts to be funny and keep him entertained were a complete bust. As I dug through my wallet looking for change singing Old MacDonald, I noticed that not only had my son stopped crying but he was now laughing. Did I suddenly become funny to him and not realize it? Then I noticed he was looking behind me. The woman behind us in line was playing peek-a-boo with him, and he thought she was hilarious. Again, I started to feel embarrassed that this stranger was able to make my son laugh and I couldn’t. I thanked her for playing peek-a-boo with him and told her that we were at the end of a very long day and that I appreciated her patience. She said, “Are you kidding me? I have a three-year-old at home. I totally get it!”

And that’s when I realized that these two strangers weren’t judging me or trying to embarrass me. They were genuinely just trying to be helpful because they know … they know how hard a cranky toddler at the end of the day can be … they know how public toddler meltdowns make parents want to cry too … they know what it feels like to be running on empty some days, but the demands of parenthood require us to keep reaching.

My husband and I will have many conversations with our son in the coming years about stranger safety, but I also want him to grow up seeing that there are still good and genuine people out there that want to help.

To the strangers that go out of their way to help our family, who bring a smile to our faces that we wouldn’t have had otherwise — thank you. 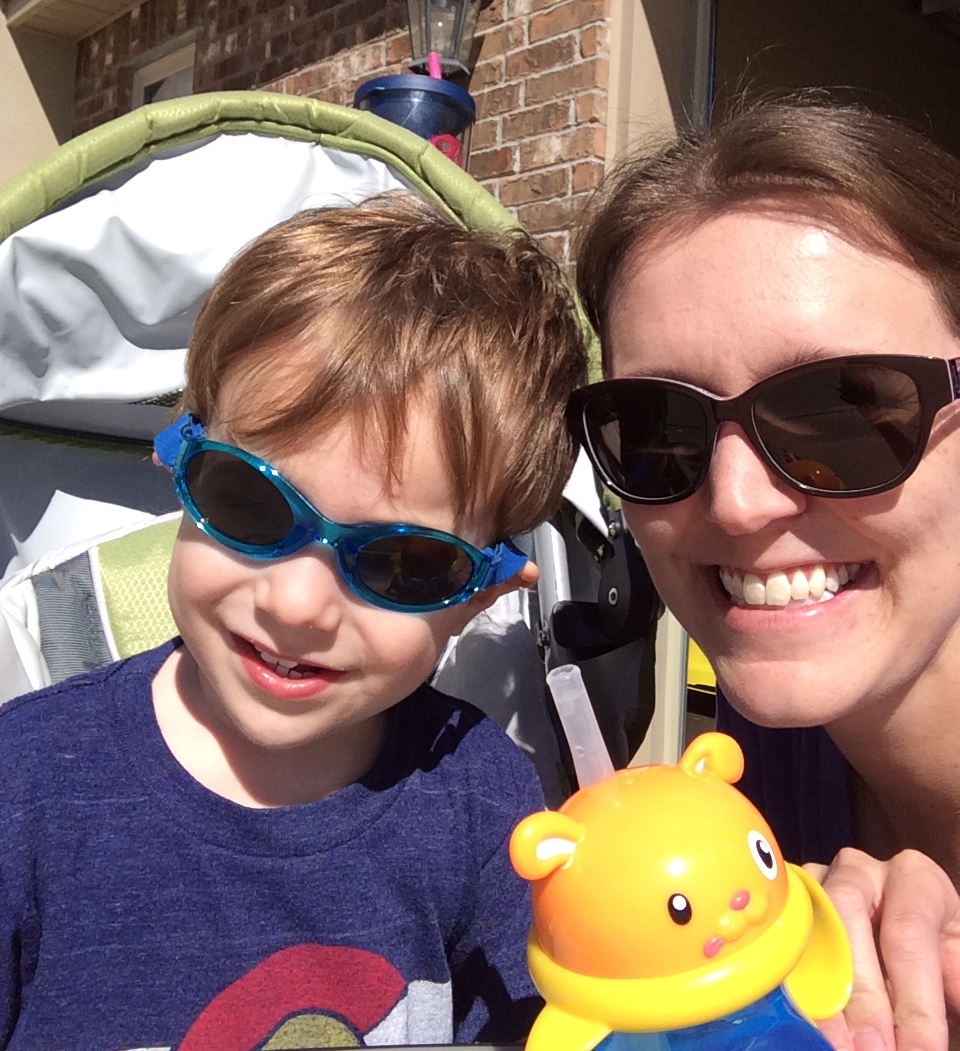