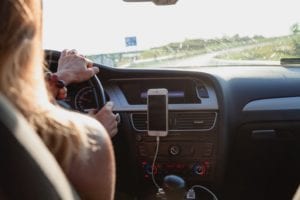 Well, the day that I always thought would never come has arrived: I’m getting a minivan. Yes, you read that correctly. A minivan…also known as a “swagger wagon,” “loser cruiser,” and “mom-mobile.” It’s funny how things happen. My husband literally just surprised me with a brand-new Subaru Ascent for Mother’s Day because we were thinking about adding baby #3 and would need something bigger. Little did we know, it wasn’t quite big enough. Not even 2.5 months later, we learned that our family would be growing by two. We already have a four-year-old and a two-year-old, so that meant four car seats, plus ALLLL their stuff. But ugh! Minivans are so not cool…right?!

I can remember when my older brother got a minivan several years back. I told him he was definitely losing some cool points, and he replied that he was earning “cool dad” points. So why do I feel like I’m losing my cool points?! (Not like I had that many to begin with haha) Will I get these magical “cool mom” points? Why do minivans get such bad rep?

Minivans are great on gas mileage, and some of them come with some pretty cool “bells and whistles” like foot-activated side doors, which come in handy when your hands are full of grocery bags or fussy toddlers. And you won’t ever have to worry about your kids swinging the doors open and dinging the car in the next parking spot. My personal favorite is probably the amazing built-in vacuum that you can get with the Honda Odyssey. No more crumbs everywhere! Some of them also have camera systems that allow the driver to view all seating positions, built-in Wi-Fi, and in-car video screens with wireless headphones. Road trips are saved! What I’m trying to say (and perhaps convince myself!) is that minivans are one of the best family cars for the money, and your insurance won’t go up. It’s a win-win! 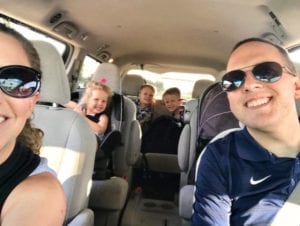 Lots of my friends actually do have minivans, and I’ve been questioning them. Every single one I talked to said that they loved it and would get one again. I am still having a hard time wrapping my head around the fact that I’ll have four kids and a minivan, but I was told there is some sort of “minivan mafia” that I will become a member of (if you have the inside info, let me know!). I feel like I am boldly stepping into the final frontier of adulting. So, if you see me cruising around town in my minivan with the windows down and music blaring, give me a honk or a wave!

P.S. I REFUSE to get those stickers with our entire family on the back! (No offense to anyone with them)