Several years ago, when my oldest daughter was nine years old, I read an article comparing age nine to half time of a football game. Age nine and half time both being fun parts sandwiched in between two very important halves. At the time, I remember relating to the feelings described in the article; however, I also remember thinking age eighteen was incredibly far off and not on my parenting radar.

Half Time is Over

Fast forward to today and here I am sitting in the last quarter of the game. You see my sweet little nine-year-old daughter is now only weeks away from her fifteenth birthday. If age nine was halftime, I would say age fifteen is several minutes into the fourth quarter. The joy and excitement of half time is over, and we are standing in the most vital part of the game. The stakes are often quite high in the teenage years. Teenagers today are living in a world filled with pressure and parents are playing the role of offense, defense, coach, and referee. Often when parenting young children we are eager for the years of independence and freedom, but those years, I am learning, bring with it unprecedented challenges. The weight and responsibility of preparing a child to successfully move into adulthood is daunting.

When parenting in the fourth quarter, game day face is imperative! Long gone are the afternoons spent outside blowing bubbles, running in the yard, or playing with your best friends in the neighborhood. Teenage children are busy, and they begin to separate from the family years before age eighteen. Ultimately separation is the game plan, right? However, the feelings that accompany this transition can be shockingly heavy and appear out of nowhere. For me, this past summer brought with it a range of emotions as my daughter transitioned from middle school to high school. During the high school years, teenagers acquire a life of their own. Still living under our roof and requiring our supervision, they also begin a life where friends, social engagements, athletics, academics, and extracurricular activities consume an enormous portion of their time. This leaves much less time spent with the family unit. A concept I never gave much thought to until it was happening. All summer, as I taxied my teenager from sports to babysitting to social engagements, I found myself missing her. Our house felt different having her away much of the time, and my heart felt heavy knowing we were entering the years where she would grow from a young girl to an adult.

As I am approaching the end of the game for the first time, I realize my lack of experience often leaves in its wake fear, worry, and insecurity in decision making. However, with a good game day face my teenager (hopefully) views me as a pro coach! Just as any novice professional athlete looks to their experienced mentors for guidance, I too seek the advice and knowledge of those parents who have been in the game long before me.

Ending the Game or Beginning the Best Part

In the end, our goal is to conclude with a game winning touchdown and not be sacked with zero seconds on the clock. Hopefully, no Hail Mary passes will be needed! However, like any good coaching staff, we shall prepare to adapt no matter what the last few seconds of the game may bring. We all know children, whether they be adults, toddlers or teenagers, will always need their parents. As an adult, I have relied on my parents numerous times for a listening ear, shoulder to cry on, or to play the role of assistant coach when extra hands were needed. Instead of ending the game, I suppose we will enter into overtime. Isn’t overtime the most exciting part of the game?! Once our kids are adults, we get to enjoy the game from the stands, and hopefully witness the fruits of our labor pay off. Lucky for me as my oldest enters over time, I have one daughter sitting happily at halftime and another barely into the first quarter. Looks like we better get a game plan for endurance! 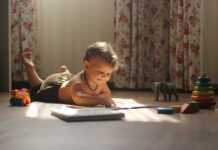 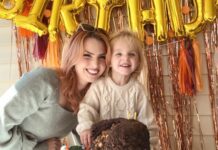 I’m Happy to Be a Selfish Mom