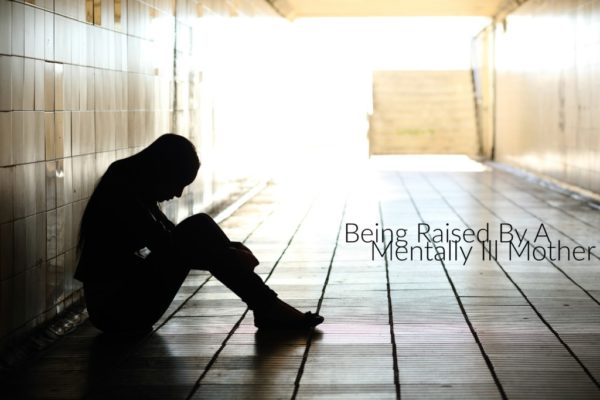 My childhood was less than desirable. The older I get, the more I realize that. At the time, nothing felt out of place. I don’t think I knew any better. No one was there to tell me “This isn’t normal.” My sister and I were raised by a part-time single mother (our father worked out of state 11 months out of the year). Our mom was beautiful and took care of herself. She loved reading, working out, decorating, cooking and listening to old albums.

She also loved Valium, yelling at us, dragging me from one side of the house to the other by my hair, and making me feel bad about myself.

My mother was mentally ill.

Family functions were mostly uncomfortable. Most people knew my mom wasn’t “all there,” and most of the time I waited for the ball to drop in the form of crude remarks and talking about subjects that didn’t make much sense. When our dad was home, it was a great relief because he acted as a buffer and a distraction for her. Looking back I realize that it wasn’t me missing him that wanted him to come home; it was because she would be in a good mood for a few weeks and all would be right in the world.

She believed in being beautiful and skinny. I was not beautiful or skinny and she never missed an opportunity to let me know about the dreams she had where I was thin and “just so beautiful” or how pretty my little sister was. I, too, could be so pretty “if I just lost some weight.” Those words still haunt me today. The feelings of not being accepted by my own mother don’t just fade away.

My mother yelled a lot. A LOT. Screaming was the main form of communication at home. So was hitting. I was hit a lot growing up. The scars from the fight we had on our kitchen floor when I was 9 years old are still visible on my wrists. I don’t remember what started it, but I am sure it wasn’t much. It never took much to set her off.

When she went from manic to depressed, things were quiet, but my sister and I were also very lonely. She didn’t emerge much from her room during these periods of time. Usually it was only to start the Fleetwood Mac record she always had playing over or to let us know we were being too loud.

There were small snippets of happy back then. My mom was a PTA mom and our Brownie Troop leader. She was a wonderful cook. She had the best sense of humor of anyone I have ever met. She taught me old hymns and loved taking us to church. I know deep down she loved us but just didn’t know how to show it. She just never made the connection. I think over time she became lost in her own illness and was never able to find her way back. 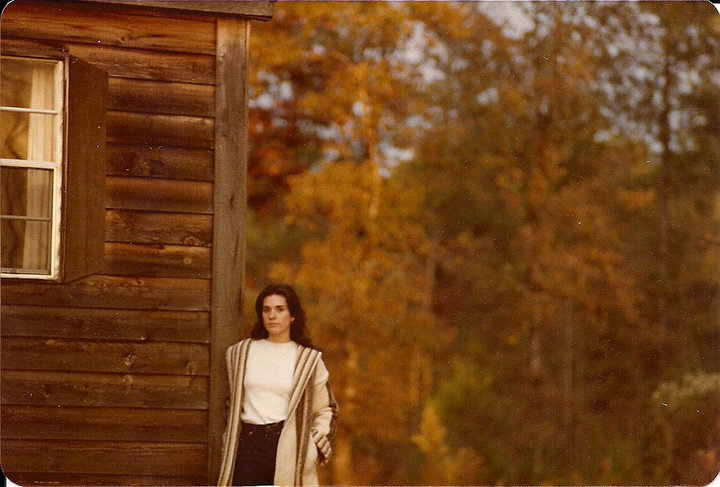 When I was in my 20s my mom became a full-time drug abuser. She even went as far as asking me once if I knew where I could get things and then made a list of things she wanted me to find. There were a lot of arrests during those few years. I lived in a very small town during that time so everyone knew when she got arrested because everyone read the police blotter. My mother shot herself in the arm during a heated fight with her boyfriend and then later wondered why I would be so upset with her. I spent most of my early 20s ashamed.

Now that it’s my turn to be a mother, I have to be cautious of history repeating itself. I find myself over compensating for things I missed out on during my own adolescence. Birthday parties, gifts, words of encouragement (although you can never overdo it there), saying yes when I know I probably shouldn’t. I never went on vacations when I was growing up, had a birthday party or allowed anything extra and fun. My kids deserve what I never got and never deserve what I did receive.

What I have learned from my mother’s mistakes are lessons I value. While at the time living through it wasn’t easy, I saw what an unhappy home is and what it feels like. That isn’t something I would ever want my own family to experience. My mother is gone now. She passed away 8 years ago when I was pregnant with my son. She never met her grandchildren or my husband and inside, I am glad she didn’t. What my children know of their grandmother is love and warmth. She hurt me and continued to do so up until her passing. Her purpose is better served as a watchful eye over her grandchildren and my life.

I believe that is the best thing she could ever do for me.