It is officially Carnival season, and we are here for it all! If you are looking for ways to enjoy Mardi Gras around Baton Rouge, we have you covered.

You can enjoy all the feels of Mardi Gras without having to travel to New Orleans. Maybe you are planning to throw a Mardi Gras party this year and want to enjoy king cake? Looking for Mardi Gras Camps? Check out our Guide to Baton Rouge Mardi Gras Events and Camps. Don’t forget to check out all the things to do in Baton Rouge with kids! 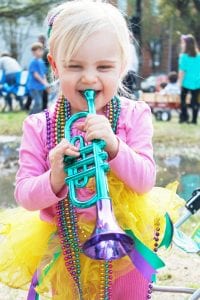 When we first moved to Baton Rouge, everything about Mardi Gras was new. From King Cakes lining all of the bakeries, to parades, to the festive atmosphere all around, our family loved it! When we had several days off of school for Mardi Gras too, our boys were super excited about that.

One of our first years here we didn’t have out of town plans for those days off of school, and several of our friends were in town, so we decided to throw a Mardi Gras party at home. We had already gone to some parades, but we had some time left that week. The party was simple, fun, and all of the kids had a blast. It also gave the parents some time to relax while all of the kids played together.

Here are some things you could do at Mardi Gras party:

I bought refrigerated cinnamon rolls, took them apart, and braided them together so that each cinnamon roll, or two cinnamon rolls together, looked like a miniature king cake. I baked them ahead of time, then had containers of frosting and purple, yellow, and green sprinkles that the kids could use for decorating. I used paper plates and disposable utensils with so much frosting involved. Everyone’s cake was a little different, and they loved it! 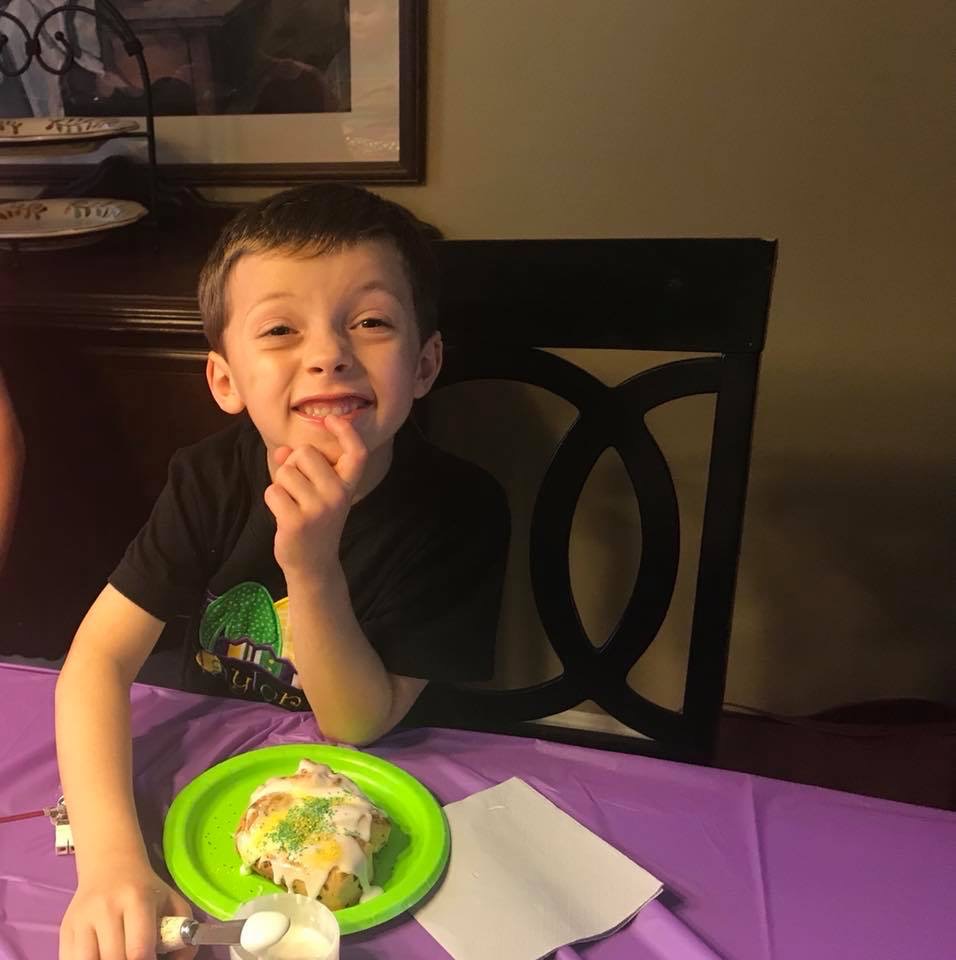 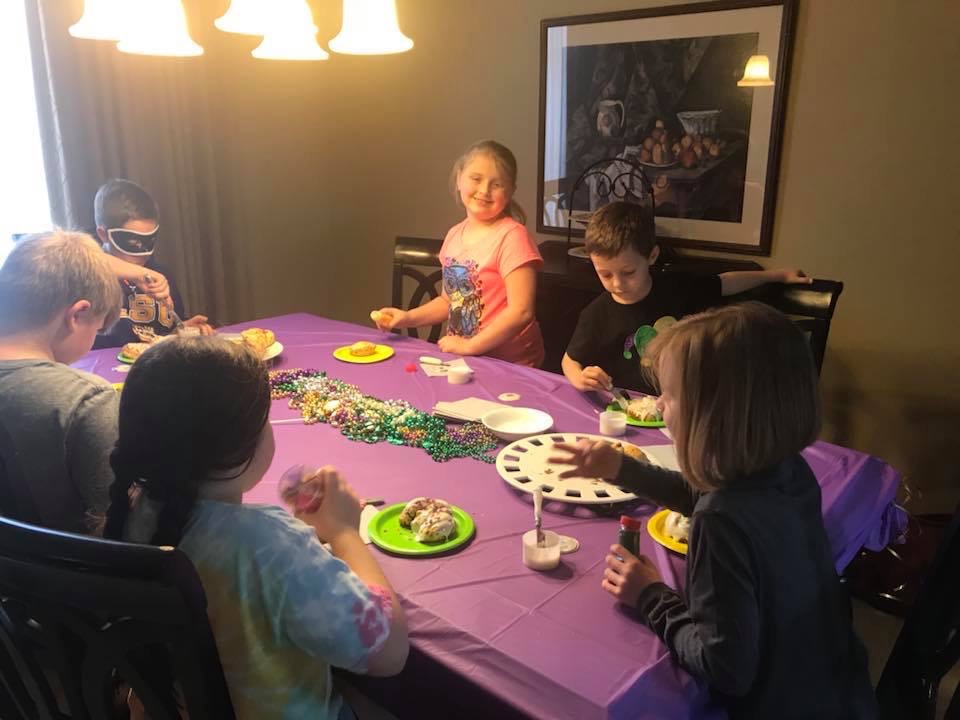 We had a few Mardi Gras masks from a party store that children could wear and take pictures with, but you could also let children make their one masks. Print out some mask templates on cardstock, and let children decorate them with markers, crayons or stickers. Use some string or popsicle sticks to secure them. You could even have a photo area where kids can take pictures wearing them. We also had lots of Mardi Gras beads that we let the kids wear through the whole party.

We had our party in the afternoon, so it just lasted a couple of hours, but you could also have one at night if you want to have dinner too. It was a fun way for the kids to celebrate while they were out of school!

We hope everyone has a safe and happy Mardi Gras season. Laissez les bon temps rouler!