It’s almost here, Moms! The end of election season is FINALLY upon us. We just have one more important thing to do: VOTE! There are plenty of important issues on the ballot in Louisiana this year in addition to selecting our next president. But, mom life is busy, and it’s hard to find time to research all of the options. For the purposes of this blog, I’m going to assume you know plenty about your presidential options and focus on the local contests and issues. Note that your ballot might be different if you live outside of East Baton Rouge Parish. 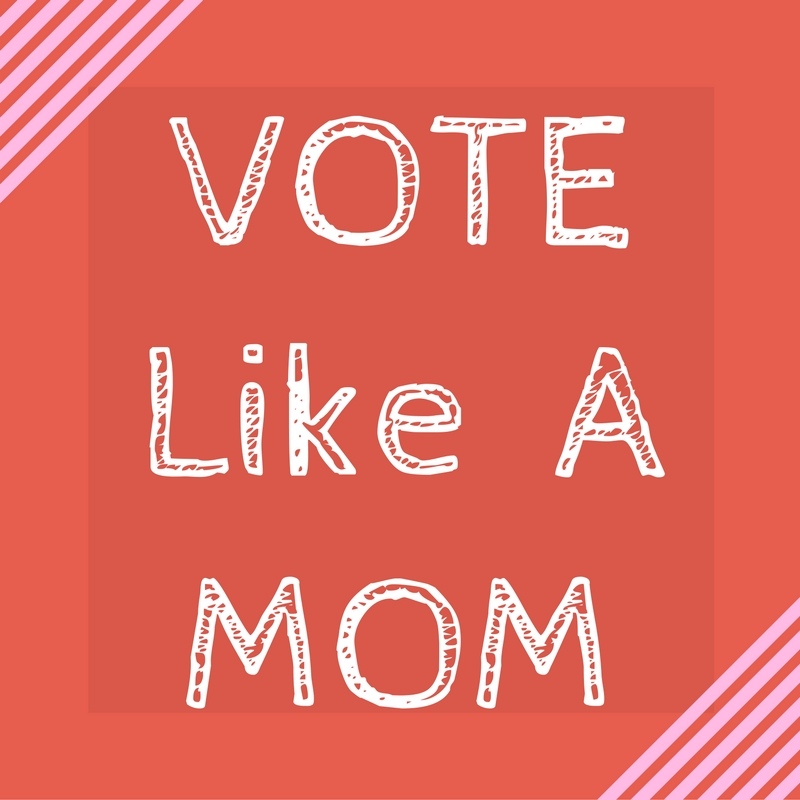 Must have app: Geaux Vote (or visit GeauxVote.com if you don’t have a smart phone)
This app from the Louisiana Secretary of State allows you to put in your info to access a wealth of useful information including your polling location, sample ballot, and your current elected officials.

U.S. Senate  The current senator David Vitter is not seeking reelection, and the list of people seeking his seat in the Senate is long. There are 24 candidates on the ballot. Overwhelmed yet? There will be one more televised debate on November 2nd between the candidates who are polling at 5% or higher. The debate will be held at Dillard University in New Orleans and details on how to watch should be released soon. Currently, there are 6 candidates who have met the 5% threshold:

U.S. Representative All six House Representative seats are up for grabs. Your candidates depend upon which district you reside. The Baton Rouge area falls in Districts 2 and 6. Google and Facebook are your friends as you seek information on the candidates. 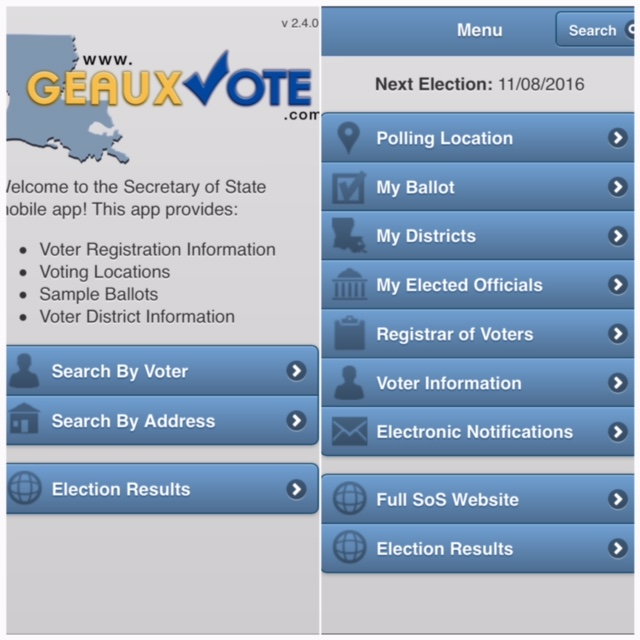 Baton Rouge Metro Council Members: Baton Rouge residents will also be voting on their metro council members. There are 12 districts in the city and each of them have 1-6 people running for the council. To find your district, you can visit the City of Baton Rouge website at www.brgov.com or by checking your sample ballot on the Geaux Vote app. Many of the candidates have Facebook pages where you can read more about their goals for Baton Rouge.

Constitutional Amendments: There are 6 Constitutional Amendments on the ballot for consideration. If you wait until you walk into the polling booth to read them, you’ll probably be as overwhelmed as I was. I consider myself a relatively smart woman, but the legalese used to write the amendments is confusing at best. Luckily, there are some good resources to help you with your decisions.

Local Propositions and Other Items: These will vary based on where you live. East Baton Rouge Parish has two parishwide issues up for vote. One is regarding the Council on Aging and the other is for the Recreation and Park Commission. Look at your sample ballot ahead of time to find out what issues your area will be voting on.

What are your favorite election resources?