It was a Thursday morning, and I was scheduled to be induced the following Tuesday. I went to my Maternal Fetal Medicine appointment as usual. The ultrasound revealed Baby B was measuring a lot smaller than Baby A. When the doctor saw the babies, I knew I would be delivering them soon. I was sent directly over to Admitting to start filling out paperwork then upstairs to begin my induction. I was full of emotions….excited to meet them, anxious they wouldn’t be ok, and relieved that I wouldn’t have to be in so much pain anymore.

My husband gathered all our stuff at home (luckily the majority had been packed in the “hospital bag” for a couple of weeks) and met me at the hospital. I didn’t really know what to expect with an induction because I’d just shown up already in labor or my water had broken for my previous deliveries. I was not a fan of all the waiting. I was becoming impatient, and when I was dilated about 4 centimeters, I received an epidural hoping it would speed things up. Once the nurse situated me after the epidural, she checked and I had progressed to 5 centimeters. She left and told me to let her know if I felt any pressure.

Well, no less than ten minutes later I told my husband and my mom (who had joined us by then) that I thought I felt a little pressure. He asked if he should get the nurse. I hesitated….then said, “Sure, I guess it can’t hurt.” The nurse came in and checked me and very matter-of-factly stated, “You’re ten! Let’s head to the OR!” I was in complete shock that it went so fast but so happy it was finally time.

Have you ever been in an operating room? That was my first time, and I must say, it was quite intimidating…all white and lots of bright lights and lots of people. They put me on the table and into those lovely stirrups and after a couple of pushes, Felix Michael was here! The doctor asked my husband if he wanted to cut the cord, and he was handed a pair of scissors. The cord was clamped and Cody leaned forward under those bright lights and cut.

The next few moments play like slow motion in my mind. I remember what seemed like a flash of light, and I saw Cody blink a few times. I don’t remember who took the scissors from him, but then I saw his hand begin to distort. I got a horrible feeling in the pit of my stomach because I knew what was coming. I looked at one of the nurses and said, “He’s about to have a seizure.”

To give a quick bit of background information, they discovered my husband had a brain tumor when he was 27. He underwent surgery, and they were able to remove most of it. Then he did 8 weeks of radiation and a year of chemotherapy. He was still doing the chemo when I met him in 2013. Since all of this, he has suffered from a handful of seizures. His neurologist says it’s likely a side effect from the radiation.

So there we were in the O.R., one baby born and one to go and my husband begins having a grand mal seizure. The next thing I know, someone pressed the “Code Blue” button and it seemed like no less than 30 people ran in. I did the only thing I could think of and just started rattling off his medical history to the nurses, explaining that this wasn’t his first seizure and told them the name of his medication. They managed to get him on a stretcher and wheeled him out as I lay there on the table with my legs still in the stirrups and my mother on the verge of a complete nervous breakdown. Once they took my husband out, my mom stepped out and stayed in the hallway. My doctors and I had to focus. There was still work to be done…Henry James was waiting to make his debut.

To make things even more “exciting”, Henry had turned transverse (he was probably happy to have some extra leg room!). My doctor was elbow deep in my uterus (thank God I got the epidural!) trying to turn him back head down internally, while the maternal-fetal doctor pushed and pressed on my stomach to try to turn him externally. They were successful, and Henry was born at 12:39 am…only 12 minutes after his twin brother. These were surely the longest 12 minutes of my life.

Cody was able to come back and meet Felix and me in the recovery room once he was recovered himself. Henry was taken straight to the NICU because he was so tiny (but mighty!) weighing only 3 pounds, 6 ounces. I was asked over and over by the nurses and staff members how I was able to remain calm in such a scary situation. I’m not entirely sure, but I knew I had to. I knew I still had to deliver Henry and make sure he was okay. And something deep inside told me that Cody would be alright. I am extremely grateful to the doctors and nurses at Woman’s Hospital. It was quite more excitement than they bargained for that night, but the outcome could have been far worse. We were certainly the “talk” of the hospital for the next few days, but I’m just so thankful the story has a happy ending 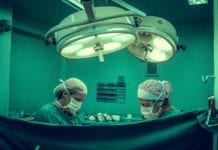 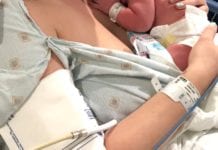 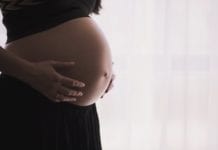