I’ve never been a competitive person. It’s actually a running joke in my family that I never really cared if I won a board game, or a softball game. This isn’t to say I didn’t want to do well in school, or in other endeavors, but I was never someone who really compared herself to others.

Until I had a baby. 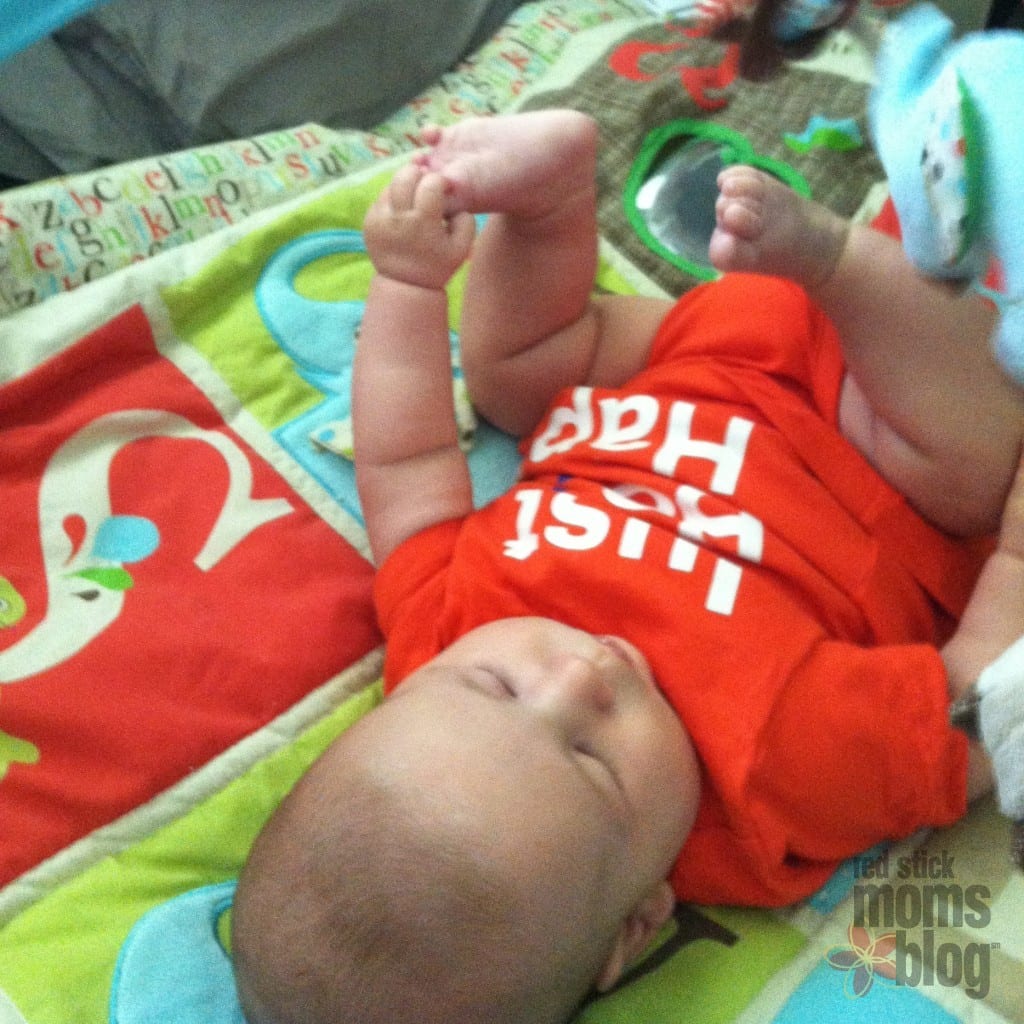 When I was pregnant, reading about “What to Expect” and listening to people’s advice, I heard a lot of, “every baby goes at their own pace” and “don’t get caught up in numbers.” But when you are focusing on your baby’s development, there are a lot of numbers: height and weight percentiles, sitting up by this age, crawling by that age. Yep, I got caught up in the numbers and anxious about William hitting his milestones.

I’m sure most moms can relate. You’re always wondering: is he holding his head up well enough? Why isn’t she smiling yet? Isn’t he supposed to be grabbing things by now? I was a little more nervous than some others, perhaps, because my baby was born very small as a result of an undetected blood clot in my placenta, and every milestone he hit further reassured me that he hadn’t suffered developmentally as a result.

It’s not something I really worry about anymore, as he is a happy, alert, six-month-old. A few months ago, however, I couldn’t stop worrying about the fact that he hadn’t rolled over yet. William has always hated tummy time and, as a result, took a while to roll from his tummy to his back. I started researching online: when is he supposed to roll over? I learned that the average age was four months, and when four months came and went, I started to worry. Every Facebook post I saw by friends bragging about their babies rolling over at three months (and suddenly there seemed to be a lot of them!), I felt disappointed. The irrational part of my brain said: you’ve ruined your child! You didn’t put him on his tummy enough! He’ll never roll over!

But he did. About a week after his four month birthday, he rolled over right in front of me, on our bed! A few minutes later, he did it again! It took another six weeks or so for him to really get the hang of it, but now he can’t wait to roll over when I put him on his tummy! Now we’re working on sitting up, and I’m feeling myself start to relax. I know he’ll learn to sit up. Everyone does, right?

As he grows bigger and learns new things, I’m learning to let him figure things out at his own speed. That advice now rings true to me, but I know how difficult it can be to take. My advice to mommies out there: relax and enjoy your baby. Follow your doctor’s recommendations, and just watch and wait for the excitement that comes with seeing them learn something new. There’s nothing like it, and it’s worth the wait.

What milestone were you most anxious about?