Disclosure: This post is part our series in observance of World Breastfeeding Week and is sponsored by Woman’s Hospital.

The moment that I began to try to breastfeed, lessons of what parenthood was going to be like started flooding in. There were disappointments, victories, and everything in between. These themes that apply to both breastfeeding and parenting have presented themselves over and over again:

1. You cannot control everything so be flexible.

This one is big. I never really even considered NOT breastfeeding. The health benefits were my biggest reason but I also wanted the closeness with our baby that came with breastfeeding. On top of it all, it just made sense financially. My husband and I took breastfeeding classes and I declared, “I will breastfeed!” to the world. Ok, not really … but you get me. For not being Type A or much of a planner, breastfeeding was about the biggest plan that I had ever made. 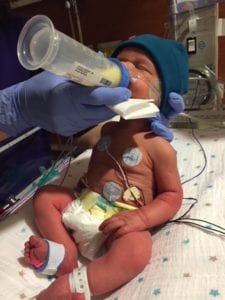 My son was born early and spent a couple of weeks in the NICU. I began pumping soon after his birth in order to stimulate my milk production. My milk came in days later and he was given it through his feeding tube. Once our son was off of the feeding tube, he was fed with a bottle until his strength and weight were up. After a week in the NICU, the nurses slowly started allowing me to nurse for one feeding, then two feedings, and so on. As some of us know, it can be hard to nurse a new baby after he or she has been trained on a bottle. I utilized the lactation consultants but it became apparent pretty quickly that breastfeeding was going to be challenging. With the help of a nipple shield, our son was able to nurse sometimes while others times, attempts resulted in a screaming baby and eventually a bottle. Once we returned home, nursing became more and more difficult. I was in a place where I deeply wanted it to work but also worried that I was putting stress on our underweight baby who was just released from the NICU.

This is when I learned that I wasn’t going to be able to control everything, not in life and certainly not in parenting. Breastfeeding is no exception. Circumstances change plans. There are a multitude of things that can make breastfeeding easy or hard. Had my first child been full term and healthy like my second child, breastfeeding may have been easy. Is that something that I can control? No. Tongue and lip ties, over and undersupply, inverted nipples, infections like thrush or mastitis, food intolerances, etc. Stuff happens. Focus on the things that you can control (i.e. attend classes, consult with your OB, pediatrician, and lactation consultant, take supplements, etc.) and just pray for the rest.

I always think back to the moment where I was attempting to nurse our baby by using a SNS (Supplemental Nursing System). Our son is screaming in my arms, and my husband is pacing the room asking, “What are the benefits of nursing again?” We were in a desperate place. We even took a picture of that very moment to look back and laugh at, as soon as I was finished crying about it. I had been pumping for weeks. I was in a cycle of attempting to nurse, then pumping, giving the bottle, calling a lactation consultant, and then looking online for validation. I had convinced myself, with the help of judge-y online moms, that pumping wasn’t good enough. I felt like I had been kicked out of a popular group that only included moms who breastfed. I cried about “failing” at breastfeeding almost as much as my baby did every time I tried to nurse. It took me months to let that idea and guilt go.

There were things that I really liked about exclusively pumping. Being that he was underweight, I had reassurance knowing how many ounces he got each feeding. When my husband and I did have a rare date night or when I started work again, I didn’t have to worry about our son refusing the bottle. I also loved that pumping meant that my husband got to regularly feed our son. I finally saw the pros of pumping.

I found my own way and it worked. What works for your best friend’s child may not work for your child. What your momma did 30 years ago with you may not be what is best for your child. What you read online doesn’t need to define your path. Once I accepted and embraced exclusively pumping, I wore that badge proudly. When I speak about the experience I think, “Heck yeah I pumped for almost a whole year! I didn’t take the easy road. I actually took an already difficult task and made it double the difficulty because it was best for him.” Just like with parenting, you may not always do what is popular but you’ll do what is best for your child. Again, you do you, girl! 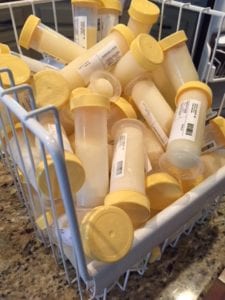 The whole phrase “it takes a village” not only applies to parenting; it applies to feeding your baby. Yes, we mommas are fully capable but help is important. With pumping, we eventually found a rhythm. I say “we” because pumping is a lot of extra work and thankfully my husband was a huge help. He bottle-fed our son while I pumped throughout the night. My husband did little things that made a huge difference, like committing to walking the milk over to the refrigerator every time that I pumped. When family came over, they helped us do all the tasks that didn’t get done because we were too busy washing the tons of bottles and pump parts. Sure, I maybe could’ve done it alone, but I’m so glad that I didn’t have to. I fully recognize that some people are walking this walk without a spouse or partner. If you are, identify those in your support network and accept help even when you don’t think that you need it. Aside from actual tangible help, it’s always nice to have cheerleaders rooting for you.

4. Trial-and-error will be on repeat so give yourself some grace.

When I became pregnant with my second child, I was determined to give it another go. Even though pumping worked out for Baby #1, I really just wanted the nursing experience. In many cases, it’s more convenient to be able to breastfeed as opposed to pumping and fixing a bottle. This time around I did some things different. While in the hospital, I used the lactation consultants religiously. I called them multiple times a day and asked so many questions. I left the hospital a bit naively the first time thinking, “I’ll figure it out!” I’m here to tell you, breastfeeding challenges are not something you want to wing. So, I asked questions and had them physically show me over and over again what to do. Before we left the hospital, I had the consultant come AGAIN and check his latch and my positioning. In fact, I jokingly (but not really) said “You are not discharging me until we are breastfeeding with ease.” She gave me the all clear and I left with more confidence knowing that I had the tools to breastfeed at home. Finally, breastfeeding didn’t completely stress me out. And now I’m here, fourteen months later and my second son weaned himself about a week ago. It didn’t work out the first time but it did the second. Had it not, we’d all still be OK. I am thankful that the circumstances were different this time.

5. Your body and time are not your own but you’ll do anything for your kids.

I had mastitis multiple times and an oversupply from pumping so much. Still to this day, half of me shutters and the other half thinks “Hey old friend!” when I hear the sound of my pump. The pumping, the cleaning, the divvying up fresh and frozen milk stashes, the multiple feedings a day… it was all so constant. It seemed impossible some days but we made it work. I got a car adapter and hands-free bra, and learned to multitask like a boss. I cooked, I read, I wrote, I scrolled, I held, I cleaned, I even dozed off … all while pumping. I had to pump in a lot of strange places (i.e. a Superdome bathroom stall) to make life happen.

Just like with pumping, breastfeeding wasn’t easy on my body or the clock. It was really, really painful. I mean it. I know people say it shouldn’t hurt but it did for a solid 5 weeks. Once the 5 weeks passed, the pain stopped but I still spent so much time nursing. I loved being snuggled up for hours in a day but it was hard on my toddler, my husband, my home, and everything in our wake. My time wasn’t mine and it still isn’t even after breastfeeding is over. Bring it on anyway.

So much of the anxiety and guilt that I’ve felt about feeding our babies was more about what other people were saying than what I actually knew. I knew that I was doing a great job so why was I reading or listening to things that made me feel to the contrary? Don’t let anyone’s words do that to you.

I have so many pumping and breastfeeding tips, tricks, and hacks that I learned over the years. I will happily share them with people, but only if you ask. You can assume my opinions about breastfeeding but I’m only going to tell them to you if you want to know. Just like in parenting, unsolicited opinions can be so damaging to someone who is truly just doing their best. When someone needs an ear and wants to tell me about their feeding experiences the phrases that I have on repeat are, “I support you.”, “Your best is enough.”, and “I am here for whatever you need.” Be an encourager, always.

When I remember these six lessons that I learned from feeding our babies, parenting goes a lot smoother. I had two different experiences but I feel at peace with each. Whatever your path is, know that it may not look the way that you expected or the way that it looks for the person next to you. Yes, I’m pro-breastfeeding, when it’s possible, but more so I’m pro-parents just doing the best for their children. 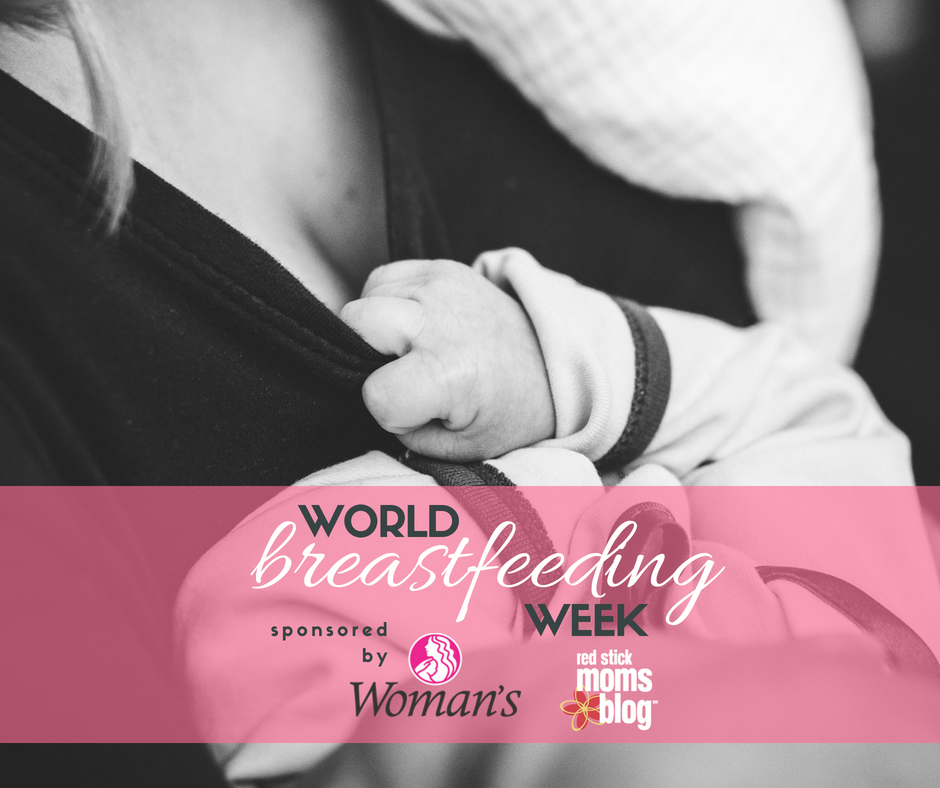