Growing up, my parents set very strict television rules. On a school nights, there was no TV period after 5PM. Saturday and Sunday morning cartoons were pretty much our only options for the weekend until the evenings.

But then summer would happen. 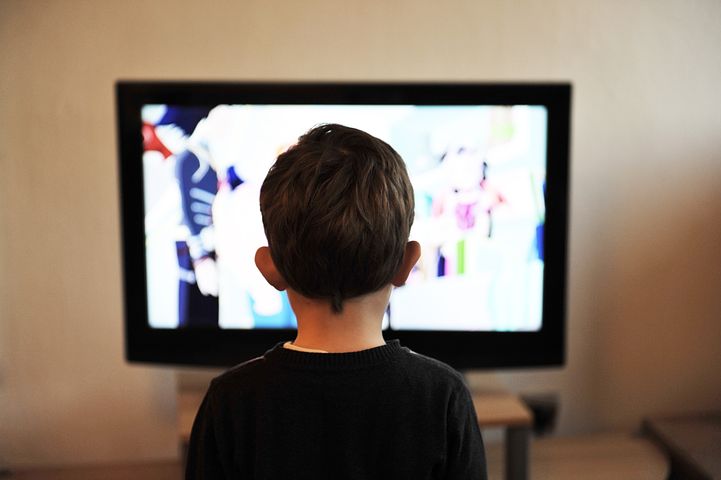 Summer vacation would be marked by a 12 inch television with cable on the nightstand that my brother and I shared. No real time limits, no taking turns (I was older, he could watch somewhere else), and all the Nick at Nite I could I stay awake for. There was the occasional sneaking of watching “Singled Out” and “Beavis and Butthead” on MTV (which shows how old I️ am), but I️ didn’t really stray from age appropriate television.

So naturally I️ didn’t want one in my little one’s room. When he turned seven, we put the TV from the guest room turned baby nursery in his room as part of his birthday. We had an agreement that the door had to be open when he was watching, and it doesn’t even have cable (like the rest of the house). We have Google Chromecast that I️ can control from my phone or his kid friendly tablet.

I️t was also supposed to be there just for the summer.

As Thanksgiving rounds the corner, the television is still there. I️ gave birth to our second baby in August right before school started. Everything fell by the wayside, including removing the TV out his room. But as time went on, I️ really started thinking. When I️ was a kid, there were really only two screens that we used: the television and the huge desktop computer. Now we have screens everywhere, and they are accessible from our bathrooms to our cars. So it became less about the actual placement of the television and more about monitoring screen time and access to screens as a whole.

How do you feel about television in your children’s rooms?