When my oldest son was born, everything happened so fast. I was only thirty-seven weeks gestation when he was born, and it was quite the experience. Outside of extra monitoring and progesterone shots, I had a pretty normal pregnancy, until my 35 week appointment. My ultrasound revealed a possibility of some type of blockage in baby’s kidney, and the next thing I knew I was in labor and delivery. 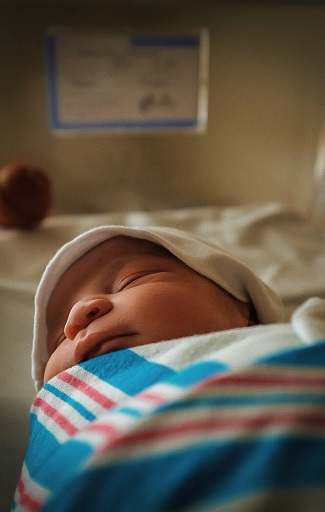 Everything was fine but in the next two weeks, I was triaged two different times for high blood pressure. At 37 weeks, I was finally induced due to low amniotic fluid. After only an hour after my induction began, the baby’s heart rate dropped and the next thing I knew I was in the OR. After my emergency c-section, I was able to hold my baby boy for what felt like a few minutes. Then, I was off to recovery without the baby I was so anxious to meet.

The recovery was awful, breast feeding wasn’t working, and I just knew I wanted an overall different experience the next time.

Six years later, I was pregnant and kept hearing over and over that a repeat cesarean was imminent. I timidly asked my doctor in my second trimester if this was a possibility. I hadn’t had any complications and really wanted to experience having a vaginal birth. She told me that we could definitely try for a VBAC as long as I went into labor on my own. If I went beyond my due date, though, an induction wasn’t an option and we would have to do a c-section. When I was 38 weeks, I had a membrane sweep to see if that would jumpstart things. The next day, I went to work and my contractions started 15 minutes apart. Prior to that, they were pretty sporadic, but these were consistent. I finished up the day, got home, and immediately, my water broke. I wasn’t positive since it wasn’t an unmistakable gush, but I laid down for about an hour and it continued. The sweep had definitely done the trick! My older son went to my cousin’s house, and my husband and I headed to the hospital.

I saw several nurses after admittance and all of them asked if I was having another Cesarean. “Not if I can help it!” was my response. Broken water was confirmed, and contractions were getting stronger and closer together. I was so nervous about getting an epidural because I was concerned about labor slowing down. But around 3:30am, I got it and didn’t look back. Things were going smoothly and around 8am, the doctor checked and I was 9cm. This was happening! I was so scared and excited that my teeth were chattering. Nurses filled the room, the smooth sounds of Jay-Z put me in a boss mindset, and it was time to push. Two “practice” pushes and two “real” pushes, and he was out! That’s it?! I couldn’t believe it. It was almost … too easy. (Recovery after the epidural wore off is a different story). Especially in comparison to my c-section. But I got to hold my fresh baby boy long enough to have him nurse. I even forgot that he wasn’t weighed or measured before I asked the nurse those questions. It was amazing! I was up slowing walking that evening, where it was over 24 hours with the surgery.

The important thing is that both times I left the hospital with two healthy baby boys. Thank God that a Cesarean is a possibility when things don’t go according to plan. However, I am so glad I opted for a VBAC with my younger son. As women, we should be totally aware of all our options and make sure our doctors and partners are champions of our decisions.