My three and five year old daughters have two favorite insults. “You Stink!” they’ll shout, when one does something the other doesn’t like. “Stink,” in this context, is a noun rather than a verb and can be interchanged with “little stink” as well. Adding “head” is reserved for more egregious actions and “poopy face” is the strongest insult of all. Our three year old knows how to push her sister’s buttons and will shout these names even when nothing has happened just to get a reaction out of big sis. Big sis’ reaction is always worth it—her face contorts into a mix of anger and horror, and you’d basically think little sis had called her a four letter word and wished she’d die. Yep, that’s the drama level at our house sometimes. And I’ve gotta say, y’all, I feel like these easy insults and drama sum up politics in 2020. 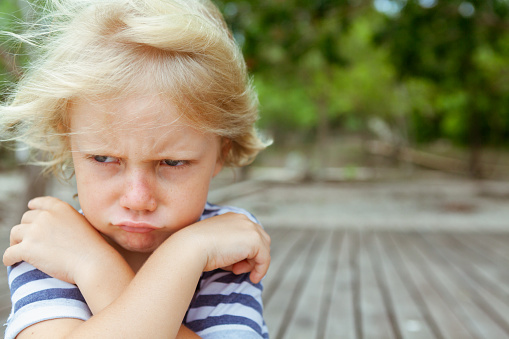 I’ve now heard both presidential candidates called “The Devil” as well as “Hitler,” which I think we could all agree are probably the worst things you can call someone. From time to time, I see people on social media engage in political conversations that are semi-helpful but before too long somebody throws out a favorite insult, these vary pending the political stance, but basically mean “you don’t care about mankind and you’re the scum of the earth.”

I’m not immune to throwing punches when it comes to impassioned thoughts on a variety of subjects where I have strong opinions. I’m guilty, so I include myself in these reflections. But don’t we long for opportunities to ask real questions, and to think through real answers without immediately drawing upon someone’s skin tone or another person’s age?

Criticism is essential to the discussion of politics and presidential candidates. We have to be able to clearly understand what each candidate brings to the table. But what if, when thinking about politics, we could calmly identify the faults of a candidate while then explaining his strengths and what he could potentially do to benefit society? Imagine this with me:

“It is offensive that this person seems so insensitive towards these matters, also, it’s my opinion that he has done XY&Z for our economy.”

“In my worldview, it’s morally reprehensible that this person takes this position, however, it seems that some of his other policies would benefit those in poverty.”

Does this make sense? Is this even possible? Rather than engaging in the popular habits of polarizing and name calling, what if we kept things calm and civil, breaking the mold of the toxic political culture that we know today?

At home, when my girls insult each other, I have them separate to calm down, then say one nice thing to each other (I’ve also considered washing their mouths out with a bar of soap, but have so far refrained). Now at this point, we might not have too much nice to say about a candidate we don’t support, but if we could at least extinguish the “stink head” and “poopy face” name calling of 2020 politics, I really believe we could have meaningful and helpful conversations. We could move towards each other in understanding and set a better precedent for our kids when it’s their turn to vote.