Real talk. I’ve got an infant and a toddler. TV time for me is nonexistent unless you count all the Mickey Mouse Club and Paw Patrol that is on while I’m cooking, cleaning and running around like a madwoman taking care of our family.

I do have a couple of guilty pleasure shows I love, though. 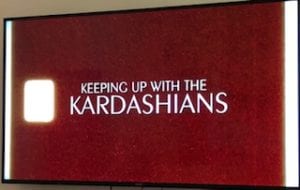 When I do have time (read 9pm when I’m folding clothes), I will catch up on a couple of shows – KUWTK being one of them. I’ve watched Keeping Up since it premiered 10+years ago and I follow the Kardashian’s social media accounts. The whole family has put themselves out there – especially Kim K. We have watched her grow and evolve, make relationship mistakes (hello 72-day marriage), have blowout fights with her sisters, and go through 2 heavily documented pregnancies. She and her family may seem controversial, but when you strip away all the drama, they are running businesses and were social media influencers before that was even a thing. You gotta give them props for that. 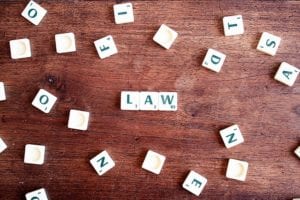 Recently, Kim K announced via Instagram that she is studying to be a lawyer. While the image and personality she has portrayed over the last 10+ years may seem to be at odds with a serious, studious profession, I’m giving her props. She has found something she is passionate about and she is moving forward with achieving a significant goal in the midst of filming a show, taking care of 4 kids, running a beauty business, working on criminal justice reform, supporting her husband in his pursuits and finding time to study and put in the hours necessary to get through law school and take the bar exam.

She is using her fame for good.

She has found a passion in criminal justice reform, of all things. She is educating herself and working with people to help those who cannot afford to help themselves. You have to give her props for using this show as a platform to bring awareness to some pretty serious issues with criminal justice reform. She is also showing her family, children and everyone watching that hard work, persistence and passion can pay off big time. It may take a while but keeping up with it will be worth it.

In a recent episode of KUWTK, she was very candid with her husband about her doubts as to whether she could pull this off? Would she be able to find the time to DO IT ALL? The support she receives from her family is obviously a huge factor, but if her husband had been on the fence about her spending so much time away from he and their family to do this, I would have cheered her on even more.

When you feel something so deep, have such a passion for something and that is going to help those less fortunate, those who feel they have no voice, that is an amazing thing.

So you go Kim K. Keep studying, reading and fighting for what you believe in. 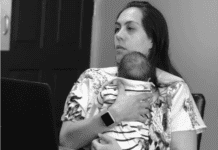 Employers: We Have to Do Better for Working Moms 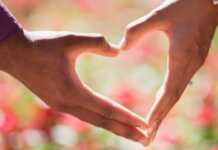