So, I guess this is my official blog announcement that we’re pregnant!  I’m 13 weeks as I write this post and already, I’m finding that SO much has changed since my last pregnancy nearly five years ago.  At my first OB appointment at 7.5 weeks, the doctor started going over prenatal testing options, which I typically opt out of due to the invasiveness of some of the procedures.  But when she started talking about this one new test that is set to become the gold standard in prenatal testing and how I could learn the gender of my baby after 10 weeks gestation, my ears perked up a bit.  It’s called the Harmony Test.  She went on to explain that it is designed to early and accurately test for Down syndrome and other trisomy conditions.  The test can also evaluate fetal sex and sex chromosome (X,Y) conditions and is said to be >99% accurate.  Specifically, it assesses the risks of trisomies 21, 18, and 13, but does not rule out all fetal abnormalities.  The doctor also informed us that the test was non-invasive, meaning it is a simple and safe blood test. 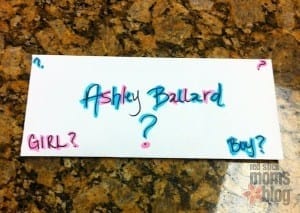 Hmmm, I thought.  Maybe this is one test to consider, with the advantage being that I could potentially know my baby’s gender before the end of my first trimester.   At first thought it sounded great!  Why would I not want to know, ASAP?  On second thought, I had this idea in my head that we would find out our baby’s gender via ultrasound, just like the good ‘ole days.  The thought of it not happening this way made me sad for about a split second.  And on third and final thought, I. MUST. KNOW, ASAP!!!  You see, after delivering 3 boys, having a life-long desire for a girl, and knowing going into this pregnancy that it would likely be our last; the gender reveal was sort of a big deal. 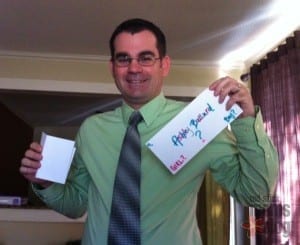 “Let’s do it!” was the conclusion we quickly came to, and the doctor informed us that they would perform the blood test at my next check up.  It seemed crazy to me at first to think that I will know my baby’s gender so soon.  But now that I knew it was happening, the clock started ticking as we began counting down the days until the test to finally get here (which seemed like forever).

On the day of the test, I arrived at the lab as soon as they opened and was 11 weeks exactly.  I signed a consent form, and the nurse asked me a few questions about which analysis I wanted to have completed.  I was sort of indifferent, but went ahead and selected all of them, figuring while I was there, they may as well look at everything.  She drew some blood really quick and before I knew it my baby girl or baby boy specimen was being shipped off for analysis.  The lab tech told me to expect to hear back in 7 or 8 days. Now there was nothing left to do but wait, which is the downside to having the blood test.  7 or 8 days seemed like 7 or 8 years! 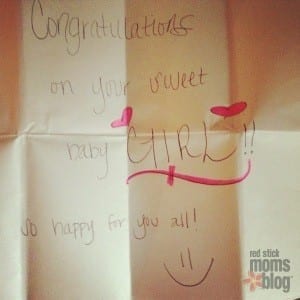 7 days passed, then 8 days passed, and 9 days passed and still nothing. After calling the lab everyday from the 7 day mark on, I was finally greeted with some good news on the 10th day.  “Mrs. Ballard, we have your results.” was like music to my ears!  I immediately jetted out the door and texted my husband these exact words, “How soon can you get home???” Luckily, he had just wrapped up a meeting and arrived at the house only seconds after I returned from picking up the sealed envelope.  I’m not sure I could have waited much longer.  I let him open it, since I was already shaking and sweating.  His face lit up and I immediately knew…IT’S A GIRL!!! Of course I had to see it with my own eyes; but once I did, buckets of tears just started flowing between us.  It was a beautiful moment that I got to celebrate with my husband in the privacy of our own home finding out the gender of our new baby.  I wouldn’t have had it any other way.

Have you heard of the Harmony Test? Would you consider finding out your baby’s gender using this new method?