“Mom, I need new shoes!” my daughter screeched as she skidded through the front door Kramer-from-Seinfeld style. Those shoes were only three months old, a Christmas gift. She held up one foot, pointing to her big toe busting out of the hole in the front of her athletic shoe. Still, I wasn’t surprised in the least- the girl plays ROUGH. 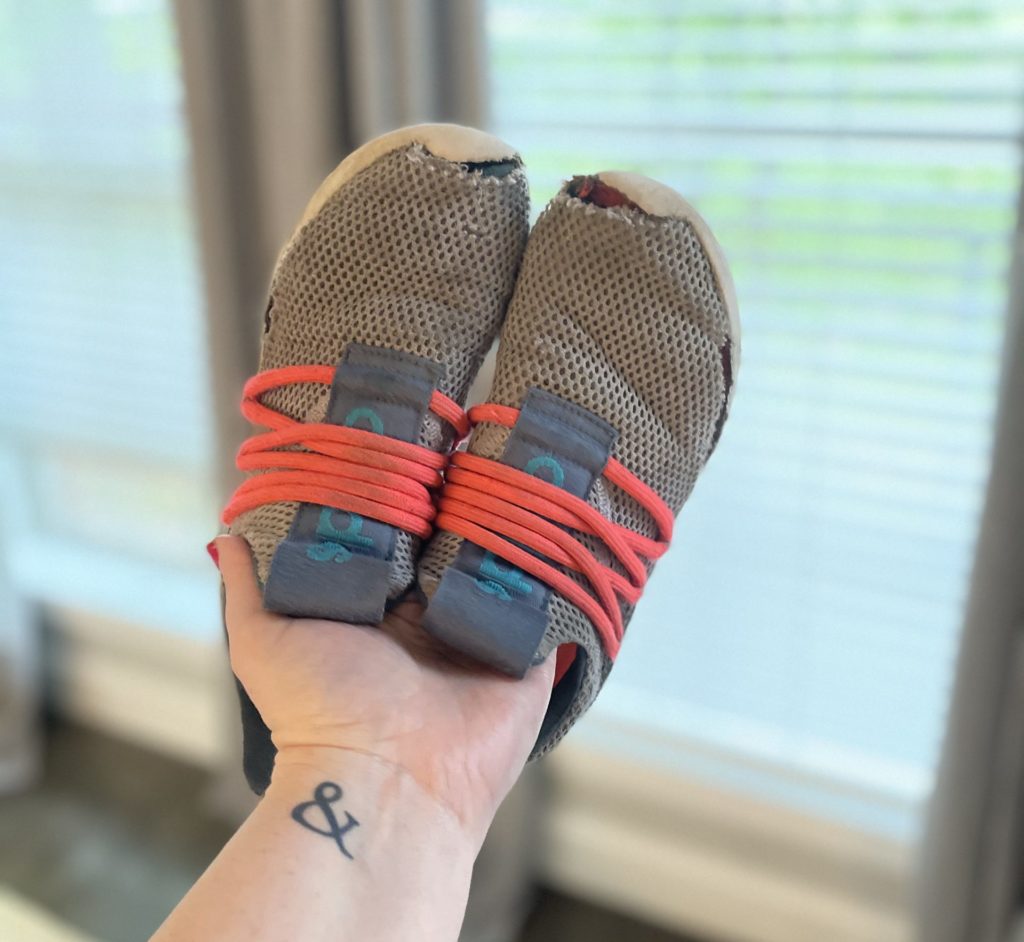 Make no mistake, my girl is a FORCE, even if she doesn’t check all of the boxes of the female stereotype. She’s far more likely to be found running with the boys, playing tackle football, than pretending to be a ballerina (though you can sometimes catch her practicing pirouettes). Her long hair is probably matted and hiding a host of leaves. She’s going to come home covered in mud every once and a while. Once, I found her in the neighborhood conducting a motorized scooter drag race rivaling that iconic scene in Grease. 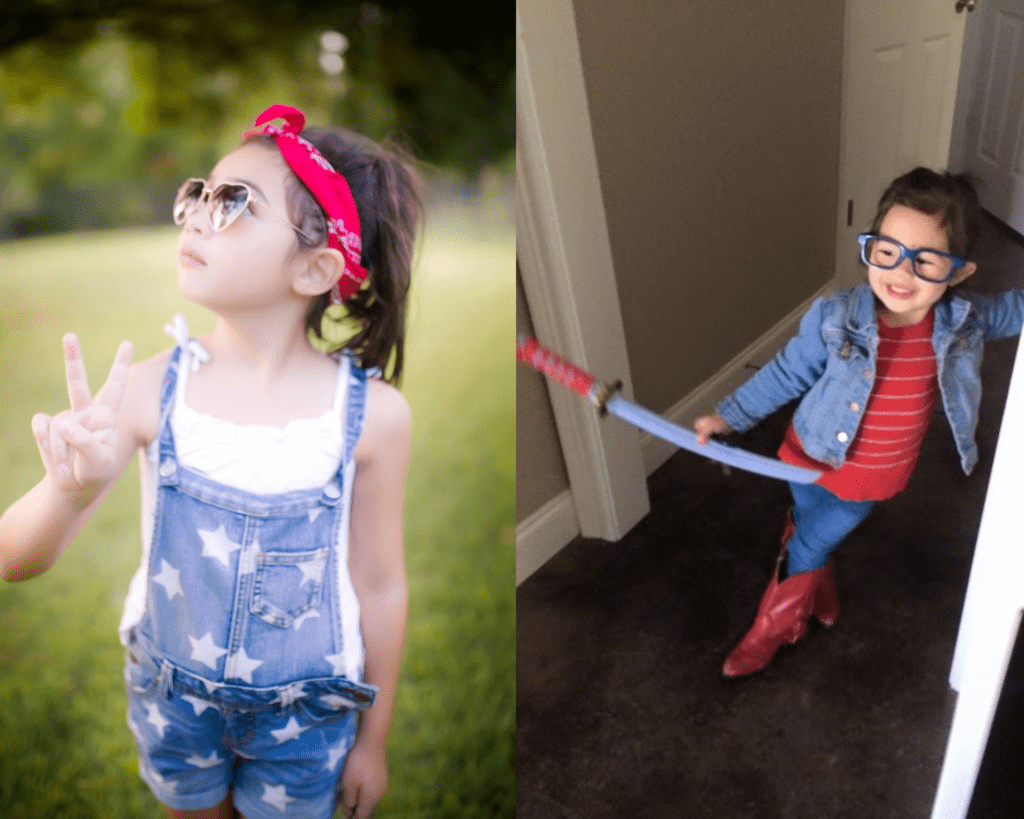 I’d long since given up on my Southern mama dreams of smocked dresses and big bows. Bébé H was never really interested in girly things- baby dolls and tea sets were tossed aside in favor of plastic swords and nerf guns. Once she reached the age of expressing her opinion and preferences, dresses and anything even questionably pink were abandoned. Barbies? Who needed THOSE? I may have shed a tear or two.

Okay, in truth, I mourned the loss of my girly-girl hopes and dreams.

If was going to truly champion living authentically, then I needed to accept that that concept also applied to my children. They deserved to be their most authentic selves, too, even if that didn’t fit tidily into my preconceived notion of who I thought they should be.

None of these things make her less of a girl- nor devalue her worth.

Gender norms are arbitrary at best and dangerous to the development of a child’s authentic identity at worst. A person’s worth has absolutely nothing to do with how well he or she conforms to others’ expectations and demands. Instead, I want my children, in particular my daughter, to find their worth in the things that make them uniquely themselves.

Hopefully, carefully, I am fostering a home environment that encourages them to find joy in finding themselves. And so we do all of the things, gender norms be damned. Combat boots and faux leather moto jackets always win over heirloom dresses and monogrammed bows. Tomorrow, though, she might be painting her nails electric blue while jamming to T. Swift’s Red album before switching to Post Malone. 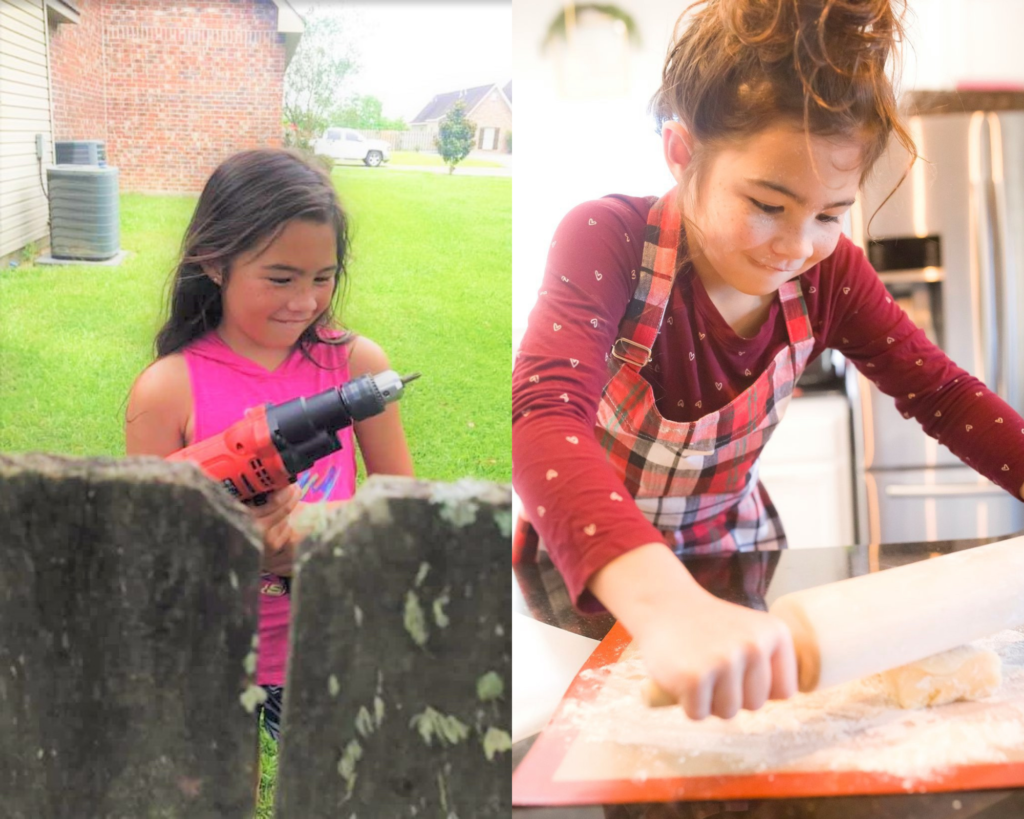 One day’s mermaid-inspired art project with glitter and gems may be replaced by a circuit-building STEM experiment with wires and lightbulbs.

Her unique self finds joy in cookie decorating and fishing in the backyard pond, in planting flowers and throwing the perfect spiral, in helping her dad with dinner and slip-and-sliding in the muddy ditch- her interests are varied, but they are just that: HERS. And that is something worth celebrating. 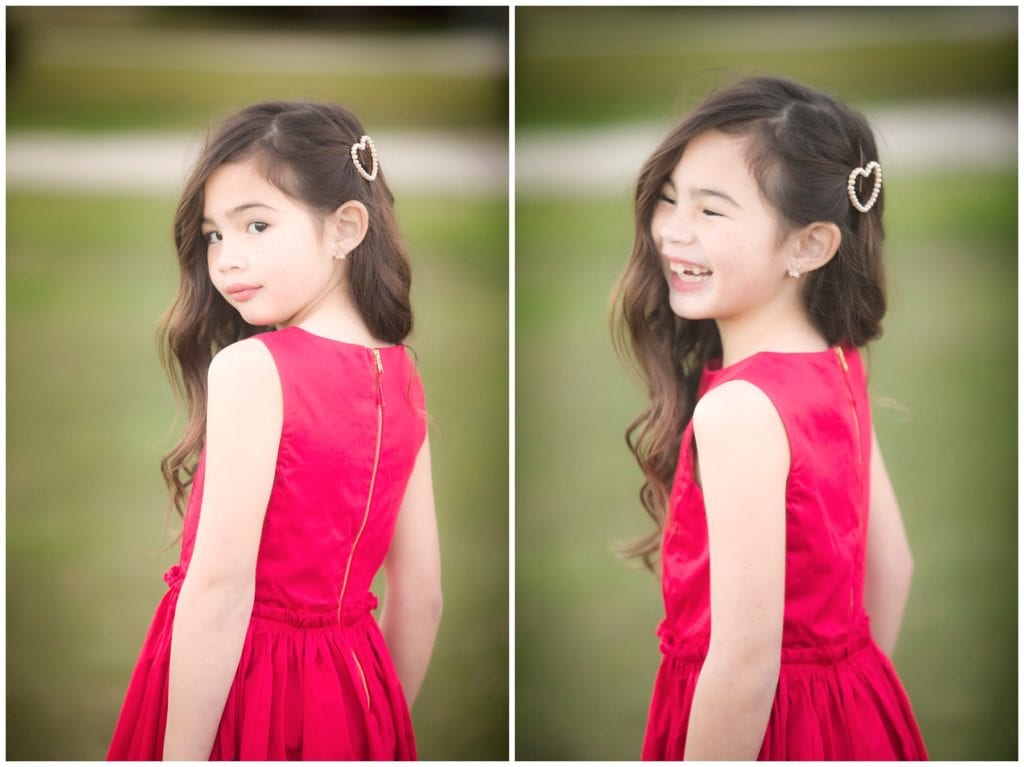