Picture it: South Louisiana, 2021. Mardi Gras has been canceled and an ice storm has settled over the land, a frosty wonder trapping all of us already po’ Louisiana drivers in our homes. WITH OUR KIDS AND TOO MUCH TIME ON OUR HANDS.

Everything was driving me crazy: the kids playing Throw Throw Burrito in the living room, the music coming from the Playstation while it updated, the fact that my house was still a disaster from my Valentine bake-a-thon the day before. And when I’m stressed, I resort to my three B’s. B*tching, Bleaching, or Baking. And since the last is likely the healthiest (mentally – definitely not calorically), ya girl went back into the kitchen. The day before, I’d planned to make Nutella heart-shaped hand pies for my littlest Valentine, but discovered that 1) my plans were bigger than the hours in the day and b) the little sh*t had eaten all of the Nutella straight from the jar, so we were out. So were the hand pies.

But I had apples – and a hankering for an old-school Hubig’s apple pie.

If you grew up in Louisiana, you are likely intimately familiar with Hubig’s pies – those delectable, and probably artery-clogging, staples of the southern Louisiana grocery and gas station check out lane. In 2012, the Hubig’s factory burned to the ground, and though there have been murmurs of a miraculous comeback, there’s been nary a Hubig’s pie to be found since. Neither of my children had ever had one. And horror of horrors, my too-old-to-have-not husband hadn’t either. What the what?

My mission became clear. I was going to find a recipe and make the hell out of some knock-off Hubig pies. Because if we can’t have Mardi Gras, we were going to have a now-extinct pie, d*mn it. A couple of quick Google searches later, and I’d found what I thought would be the closest thing to the real deal. I used this filling recipe with a store-bought pie crust because I believe in that semi-homemade life, á la Sandra Lee, thank you very much (I may have even had COCKTAIL TIME). This was my hand pie Hail Mary pass, and I was hoping for Hubig’s goodness. My youngest did not appreciate the smell of cooked apples, and I have to admit that I, myself, was a little worried before they were fried. The filling did not smell like what I remembered. *Cue mild panic* Instead of frying them in oil, I lightly coated them in cooking spray and air fried those suckers for 10 minutes at 360°. And y’all. Y’ALL. When they were done … and glazed …

THEY WERE PERFECT. I was holding nostalgia in my hands. And I didn’t even care if the kids didn’t like them – BECAUSE MORE FOR ME. And now I’m on a mission to make my mama’s favorite flavor – lemon. Here’s to another Hail Mary. And maybe a hand pie club…

What was YOUR favorite Hubig’s flavor? 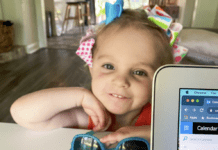 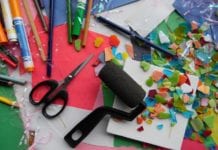