Summer is quickly approaching and since I’ll be welcoming two new babes in the next four weeks, I’ve been trying to get as much done as possible in terms of scheduling summer camps and more importantly (in my humble opinion), swim lessons, for my big boys.

When my first son was about a year old, we decided to enroll him in ISR or Infant Swim Resource lessons. Just to provide a little background information … ISR was founded in 1966 and since then, it has delivered more than 8,000,000 lessons to children worldwide. According to their website, ISR’s primary focus is to teach your child to become a productive swimmer or floater in any depth of water. They teach children ages 6 months to 6 years self-rescue techniques should they ever find themselves alone in water. I had family members whose children had done the lessons previously and said good things. We don’t have a pool personally, but we have neighbors who have a pool, and we enjoy being around the water. 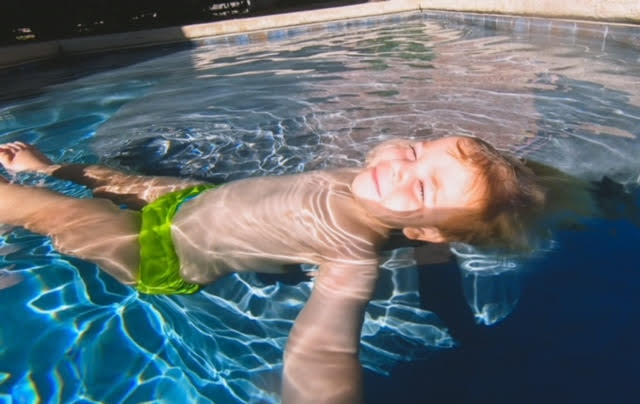 Lessons were not always easy. They are a time commitment because they are 10 minutes a day, 5 days a week (which ISR states is to maximize sensorimotor learning and retention and considers the body’s physiological response to exercise in the water) for about 6 weeks. It was hard to watch when he cried, but after a couple of weeks, he actually looked forward to the lessons. It was amazing to see him master those skills at such a young age. It was also incredibly comforting to know he could use those skills if they became necessary.

According to the CDC, drowning is the number one cause of accidental death for infants and young children between the ages of 1 and 4. A child can drown in 30 seconds, and 88% of children drown with an adult present. Every second counts in a water emergency. This isn’t to scare you; it’s just to emphasize how important these skills can be. When my oldest son was two, we got an email from his preschool explaining that one of his classmates had passed away. We later learned that she drowned at her home. It was devastating and shocking that it hit so close to home.

My second son did his ISR lessons for the first time this past summer, and this summer he will take a refresher course. After the initial lessons, children are encouraged to take refresher lessons. Because a child’s height and weight changes, they are able to brush up on their skills and readjust based on their “new” body. 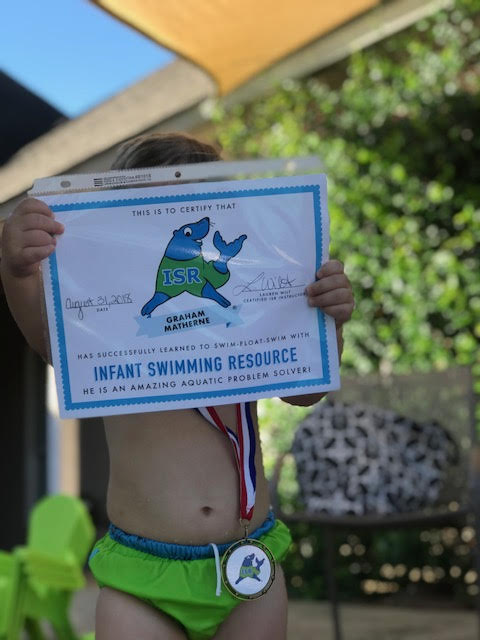 I’ll conclude with what I think are some pretty cool tidbits about the ISR program and the science behind it. When you register for lessons, a team of doctors and nurses review your child’s medical history to assure he or she can safely participate in lessons. Also, instructors undergo strict re-certification testing annually. They are not just CPR or First Aid certified; they are trained and tested in child development, behavioral science, and physiology and physics as they relate to infants and young children. I truly believe ISR will greatly increase your child’s chance of surviving an aquatic accident, and I have no regrets about doing it. If you want more information or are interested in lessons, you can find the list of instructors in our area on their website.