I don’t remember believing in Santa Claus as a child. I remember at one point, when I was young, my mother telling me that Santa Claus was pretend, but that it was “fun to pretend.” This was enough for me, and we never ruined the idea of Santa for other children nor did we feel left out of the fun. We got presents – that was enough? Right? 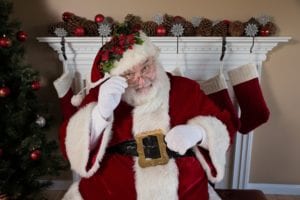 I always assumed that when I had kids of my own, I would approach Santa Claus the same way: he isn’t real, but it’s fun to pretend. I told myself that I didn’t want to lie to my kids, or blackmail them into behaving by threatening that “Santa is watching,” and I surely didn’t have the energy or creativity to keep up with that wily elf!

However, my husband had other ideas.

When I was pregnant with my daughter, my husband told me that he wanted us to “believe” in Santa Claus with our kids. I was just in shock – this was not how we did things growing up – how could we believe in Santa?

I remember lots of debating with friends and family members on what on earth I should do because I tend to overthink things. I heard a lot of solid reasoning from both sides … including the pro-Santa argument of “Childhood is magical! Let them be little and let them believe.”

I ultimately decided on a “do-as-little-as-possible” plan – I remember friends whose parents went all out to leave evidence that Santa had truly visited the night before. I will never be that kind of Santa. I’m the kind of Santa who remembers to use a different wrapping paper on Santa gifts … and that’s about it.

I never actually told my daughter anything about Santa. She has seen Christmas movies, a 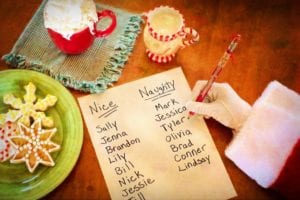 nd she has pieced together the story of Santa through these and whatever she’s heard from daycare and friends. I have recently told her about the real-life St. Nicholas and the origin of giving. I don’t think she absorbed most of what I was saying … probably because “presents” was the only thing she heard! She hears about Santa Claus at daycare and tells me that Santa lives at the North Pole and has reindeer and, oh, mom, do you think I’m on the nice list? My answer to all of these questions is mostly a “Yes, he does” or “That’s so neat!” and “Of course you’re on the nice list. We all mess up sometimes; the important thing is that you said you were sorry and tried to do better.”

Through all of this, though, I think my own beliefs about Santa have changed because of her excitement about the entire thing. It really is proof to me, that childhood is magical and so is Santa Claus. I had my doubts when my husband told me that Santa was important to him, but I’m glad that the magic of Santa Claus will be a part of my children’s memories. When she gets older and starts to have doubts, I know that I will have the same conversation my mom had with me … and hopefully, she will agree that it is, indeed “fun to pretend.” 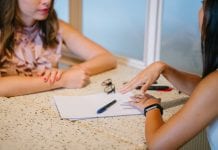 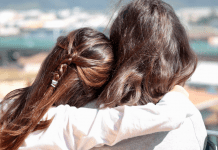 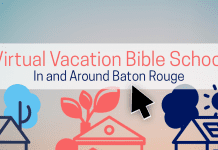