Let’s start from the beginning::

I found out I was very early (4 weeks) pregnant in January of 2016 at a doctor’s appointment. I didn’t know anything was different. We had decided we wanted to try for baby number two so we were excited. We took a trip around 7 weeks pregnant. I was so sick. We had to slip our secret to our friends we were visiting because there was no way I’d be able to hide my exhaustion and green hue! I outgrew my clothes and had to buy maternity clothes during that 10 day trip. I kept telling my husband that there was something not right with this baby. He assured me that it was our second baby, and “he heard that things were just different and you started showing earlier.” We came home at 9 weeks and I had a stomach bug. I started spotting and called the doc, we were monitoring things and I was told to call with any changes. The next day the spotting was worse and they wanted me to come in for an ultrasound. I thought I was losing the baby, I prayed the entire way to the hospital because I knew I was going to come back a different person. I was so scared.

It was just me and my first baby (1 year old) waiting for the ultrasound. My husband was out of town at work. I sat and waited, teary eyed and anxious. I rubbed my belly and prayed. They called me back and started the ultrasound and the tech stops and says “well, what do you think?” At that point, pure word vomit came out. All of my fears and feelings … I remember telling her “I think I’ve lost the baby, can you find a heartbeat?” and she says “well let’s see!” She moves the wand some more and stops and has me look at the screen and says “now, what do you think?” When I looked at the screen – I saw two black dots with tiny little “specks” inside. I said “is that TWO?” And the tech says, “yes, you have TWO babies!” Tears streamed down my face and I said, “I need to hear their heartbeats!” TWO babies, TWINS! I thought I was losing one baby but I came out with two healthy babies! Shock, joy, amazement and fear took hold of me! I came out a different person for sure. Doubly blessed! I spent the next 28 weeks wondering what in the world it would be like to have two babies. 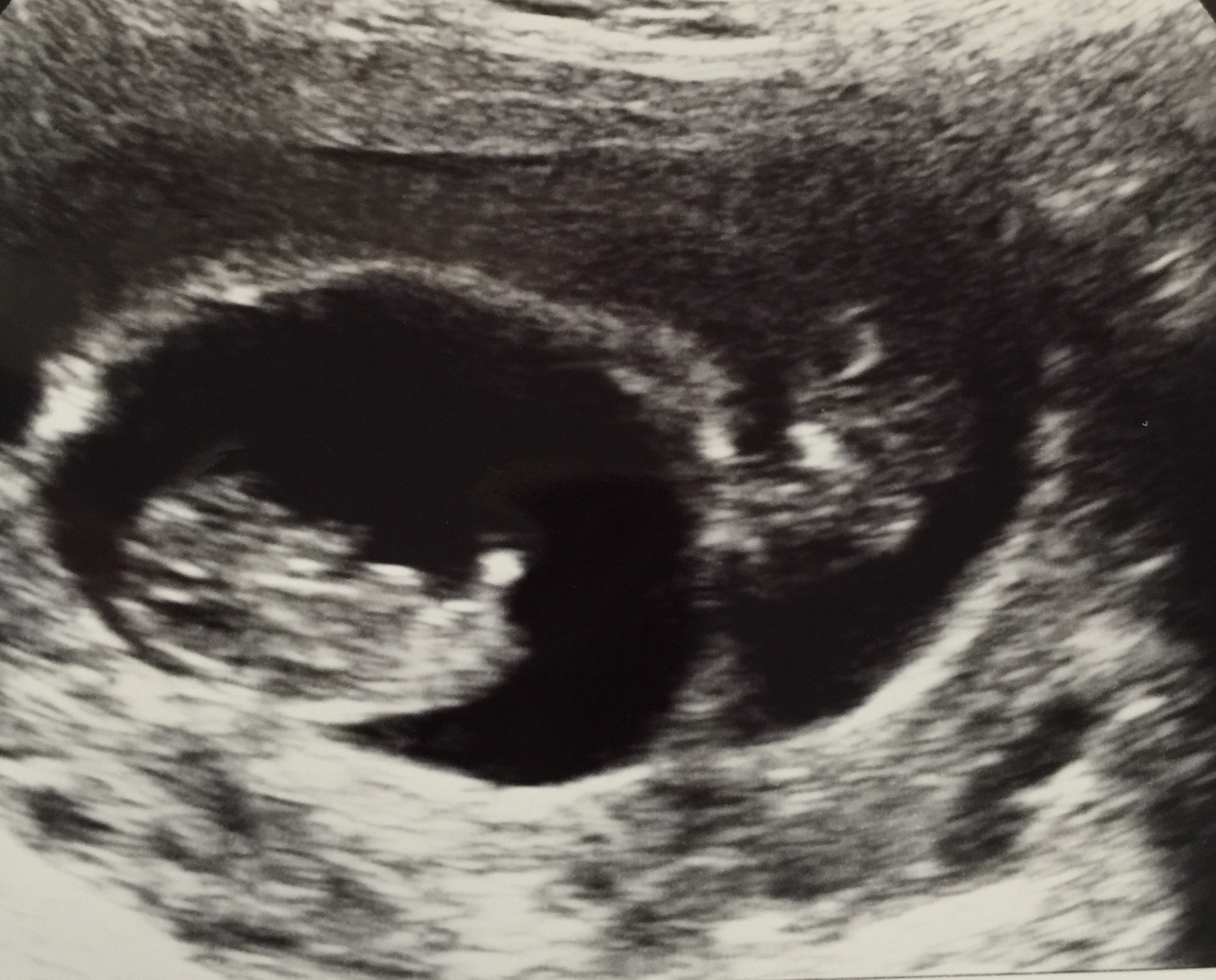 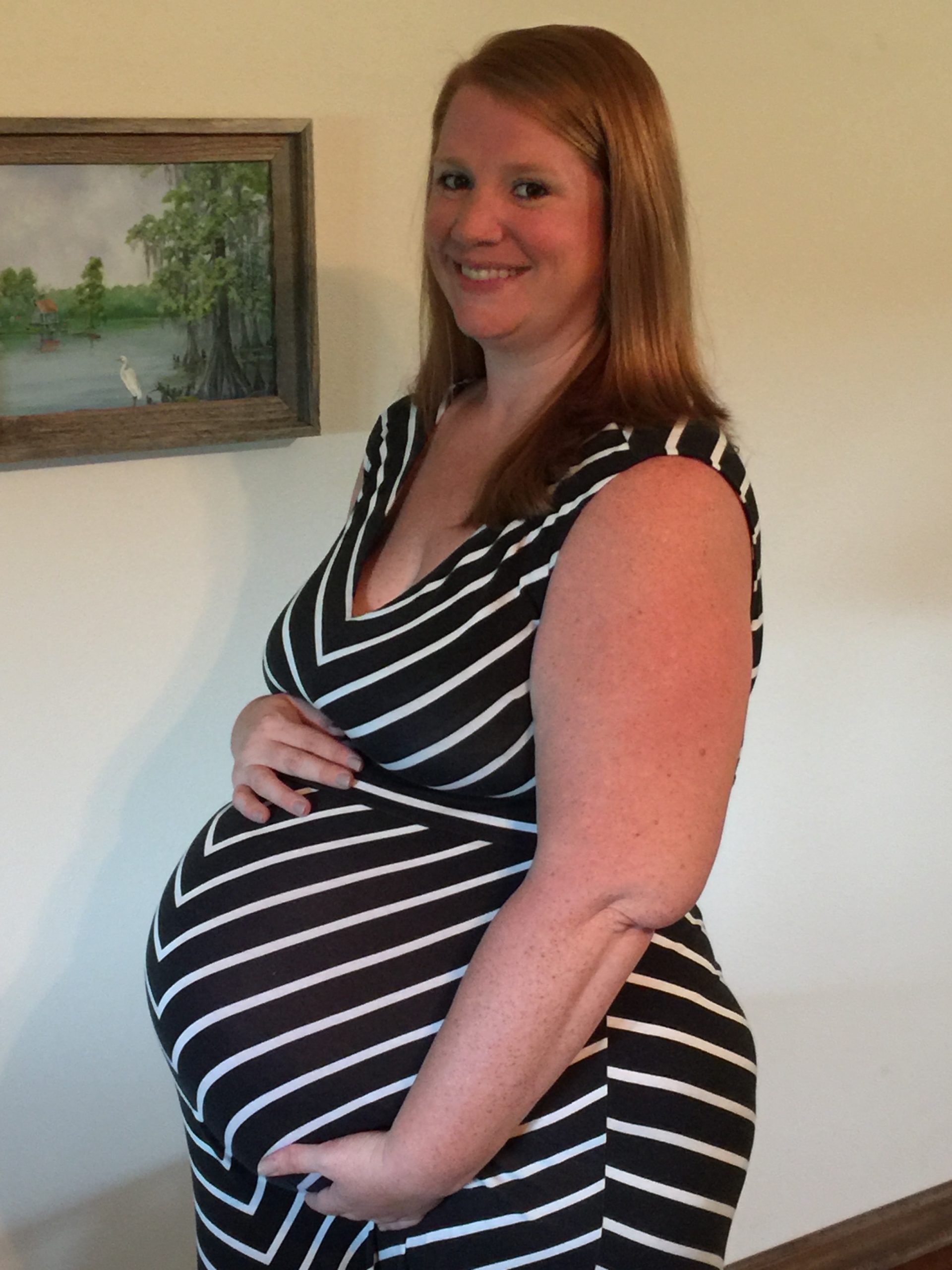 I had to have a c section because baby A (baby closest to cervix) was breech! We did not find out the sex of the babies while we were pregnant. We wanted to be surprised at birth, so my husband announced the sex of each baby as the doctor took them out. It was the most thrilling experience. One girl and two long minutes later, one boy! My husband and myself were amazed. Two babies. Two precious, perfect, healthy and beautiful babies. The first time that I held those sweet babies was breathtaking. I had a baby for each arm. 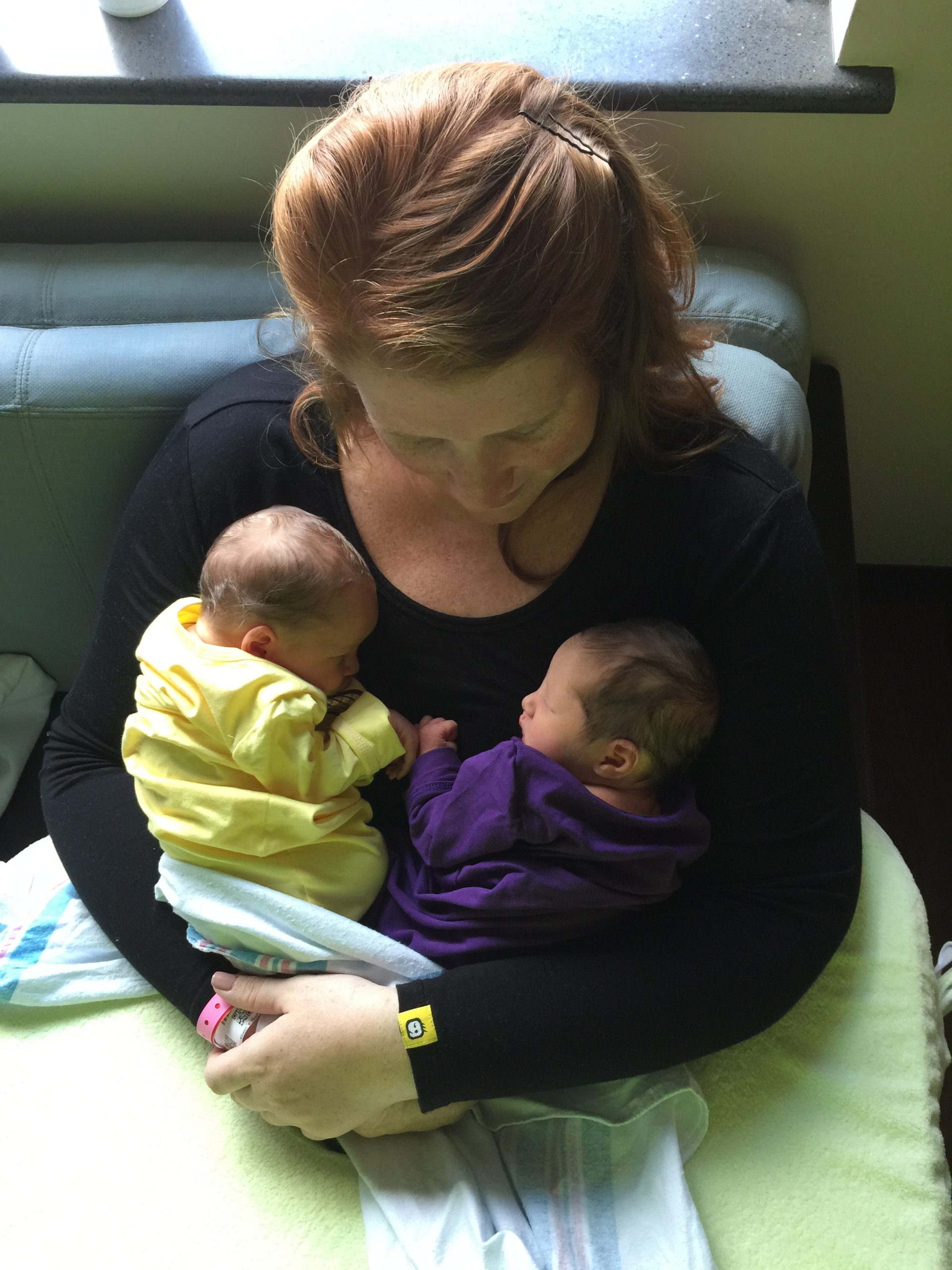 I did a lot of reading while I was pregnant. I learned it was best to keep twins on the same schedule. From their second day of life, they ate and slept at the same time. If one woke to eat before the other, we woke the other one up too. I nursed them together (one on each side). We woke, fed, changed diapers and laid them back down. They slept in the same bed from the beginning (which is still their current sleep arrangement at almost 4 years old)! By 5 months they were sleeping 12 hours a night. Quite honestly, their time as infants is a complete blur! If you can recall the newborn stage and then double the crying, double the diapers, and double the milk. 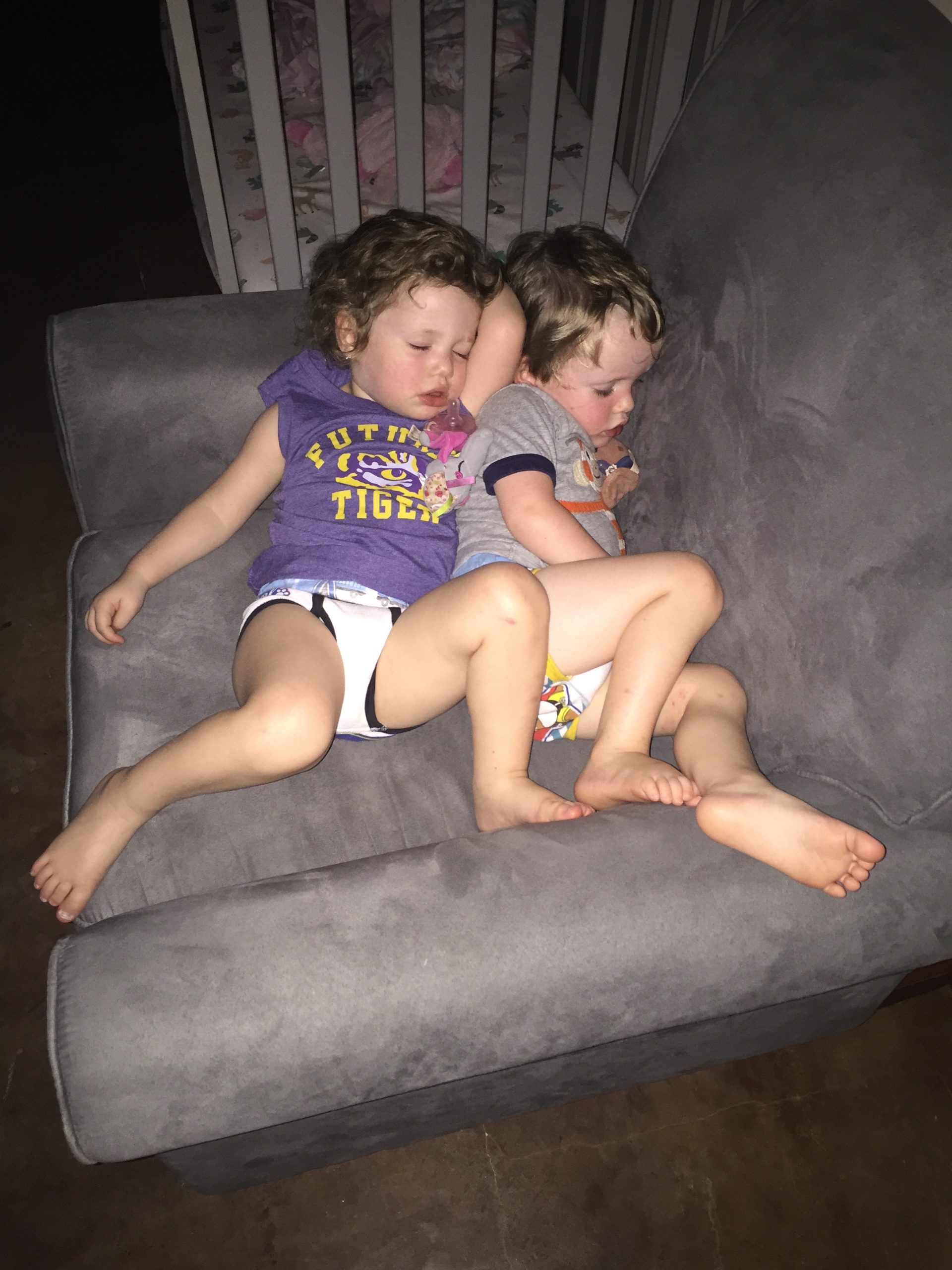 Being a twin mom isn’t for the faint of heart. It was a crazy timeframe in our lives! I still often glance at them and say to myself, “wow there are two of them!”

My twins are polar opposites. One is a great listener, the other does what he wants to do. One is loud and friendly, the other scopes out the situation first. One is a daddy’s girl and the other a momma’s boy! One is independent and one is not. They compliment each other so very perfectly, just how God intended. They ALWAYS have each other’s back and always think about each other. If one gets a snack, they get an extra for their twin. They test the same limits. If one is told not to do something, the other tries it to see if their rules are the same. They share something that no one else in our family has. I had always heard about the bond of twins and when I gave birth to fraternal (one boy and one girl) twins – I didn’t think it was something I’d witness. They have their own love language. They will sit together in a room and have full blown conversations with giggling and other modes of communication. When they go to sleep at night, 90% of the time, it sounds like a full blown slumber party with the amount of giggling and chatting that goes on in their room. My favorite thing is to watch them hug or kiss each other. It’s the sweetest most pure expression of love that you will ever witness. I’m not sure our lives would have ever been complete without them. 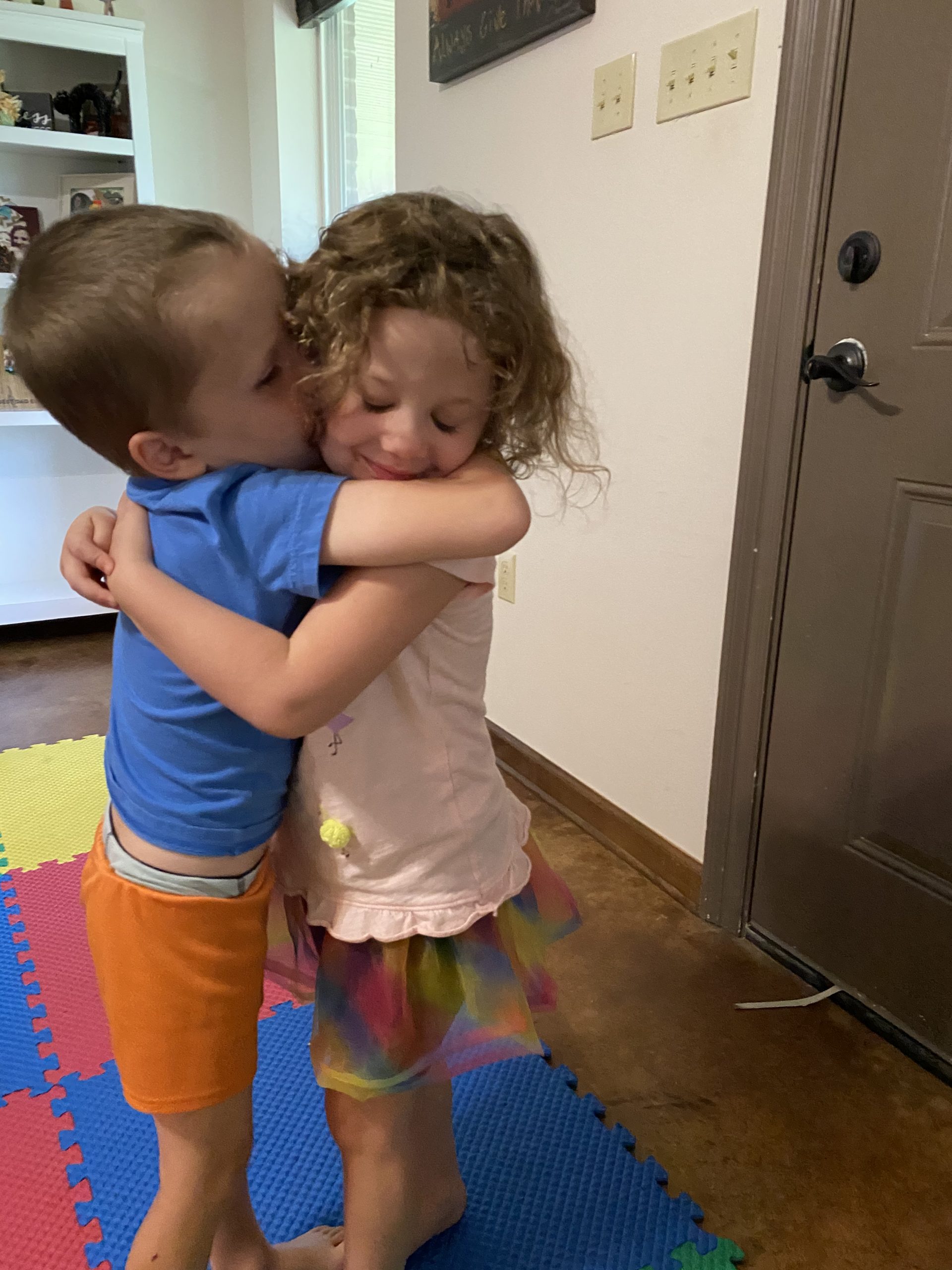 When I tell people I have twins, usually the first thing I hear is “you have your hands full!” I do, indeed. Full hands and full laundry, for sure. But as cliché as this sounds, “I have a full heart!” Even on the crazy days, I thank God for blessing me with twins! The bond that I am able to witness daily is nothing short of amazing! 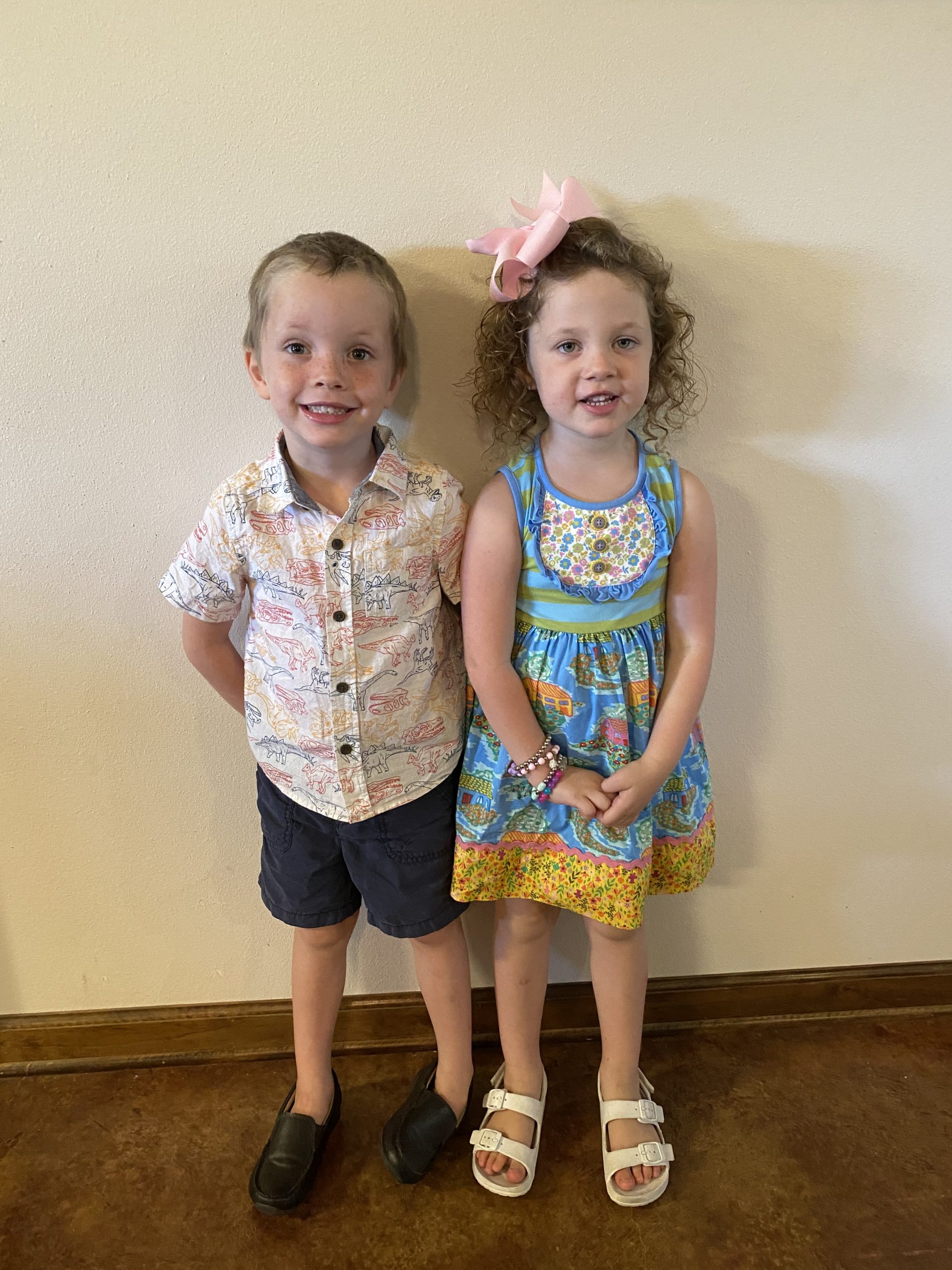 If you’re a twin momma with newborns, hang in there, it gets better everyday! Tell us about your experiences with twins, we’d love to hear!