Are you a huge fan of those cinnamon-flavored dough rounds covered in sweet green, gold, and purple sugar or icing? It is hard not to be a huge fan when you live in Louisiana. It is officially Carnival Season, and we are here for it all! If you are looking for one of Louisiana’s best desserts, we got you covered.

You can enjoy all the feels of Mardi Gras without having to travel to New Orleans. Maybe you are planning to throw a Mardi Gras party this year.

Looking for Mardi Gras Camps? Check out our Guide to Baton Rouge Mardi Gras Events and Camps. Don’t forget to check out all the things to do in Baton Rouge with kids!

With Mardi Gras on full roll, tasting ALL the King Cake alternatives has become a fun endeavor! Hope you enjoy these non-traditional king cakes in Baton Rouge as much as we do!

We’ve all heard it, we may have even said it.

“The parades may be canceled, but the celebration lives on” or “You can’t cancel King Cake!”

We know! We’re a state built on tradition and a love of food seasons! Gumbo Season, Snoball Season, Crawfish Season, and King Cake Season. I will not debate the best King Cake in town, although my friend Sarah, at Lafayette Mom wrote a pretty good breakdown of the cakes and categories.

No, I’m here to make a list of non-traditional ways to get that King Cake flavor without eating a cake per se. We’ve eaten our fair share of King Cakes already this season, but how fun to try and add some unique twists on that delicious King Cake flavor?! Non-traditional king cakes in Baton Rouge are such a fun way to enjoy king cake season! I’ve polled our team to find as many King Cake inspired dishes and treats that I could find, and now we’re on a mission! The Un-King Cake Tour!

The best part of waking up… is King Cake in your cup!

Did we miss any un-King Cakes? Tell us your favorite non-traditional king cakes, especially if we missed them!
Let us know if you join the #RSMunkingcaketour we’d love to see your adventures or know of any places we may need to add to our list! 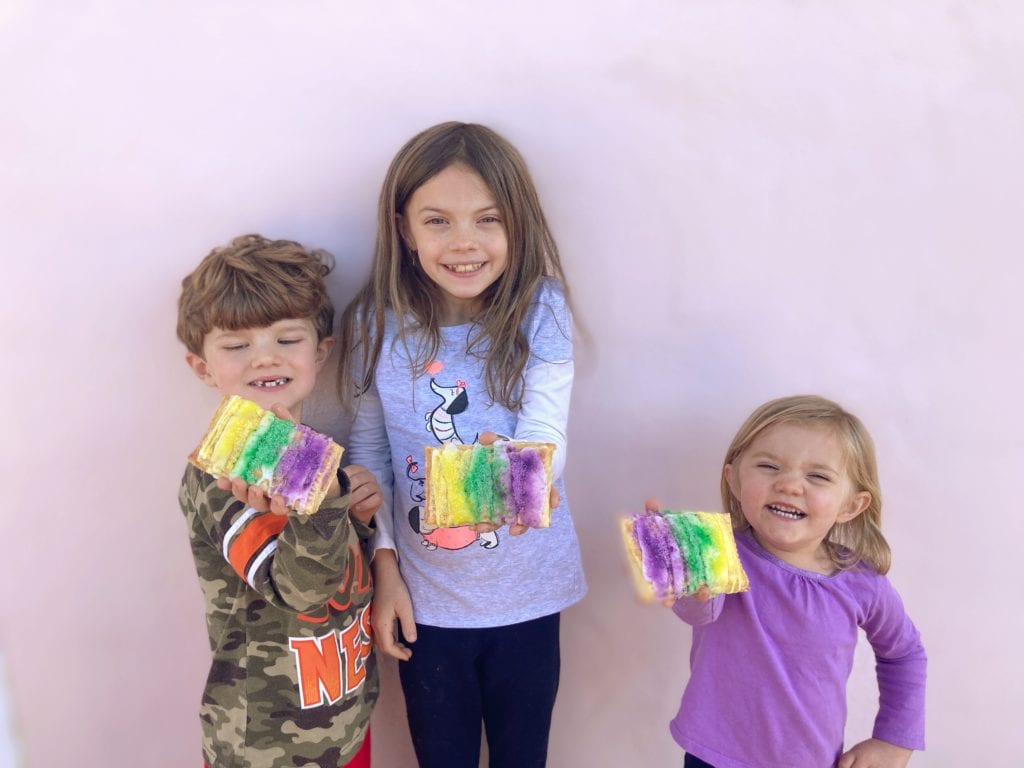