Last Saturday is why I love LSU football and college football in general. It’s why I put up with it taking over my fall every year. It’s why, as much as I make fun of my superfan husband, I know that deep down, I’m a superfan too. What a fantastic display of passionate underdogs winning because they wanted it more. My LSU football superfan was at a guys’ weekend in New Orleans, so my sister and I watched the game with my three girls. They rarely pay attention for more than thirty seconds of football at a time but were enraptured with the last five minutes of the game. They could hear the cheering and feel the excitement. My six year old kept shouting a cheer she had picked up at school. “LSU, we love you. Alabania, (Her pronunciation of Alabama reminds me of Bania on Seinfeld which seems about right.) boo, boo, boo.” It wasn’t quite relevant for this game, but even she knows that Bama (and Bania) deserves a “boo” every now and then. 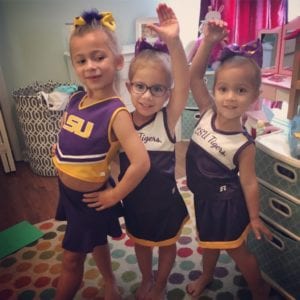 So, it appears I was right about one thing last week. LSU played Southeastern with the same effort I would put forth to clean the house for my sister’s visit and played Auburn with the same effort I would use for my mother-in-law’s visit. I would dare say they even wiped down the baseboards and removed spider webs from the ceiling corners to win that game. Something is definitely clicking with this team, and I finally feel the need to designate myself as a (more than) slightly interested, mostly amused wife of an LSU football superfan. The season is shaping up to be too exciting not to jump on the bandwagon. Of course, my husband, Matt is here to remind me that we still have a lot of games to go … 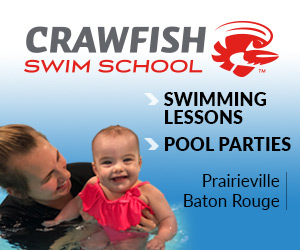 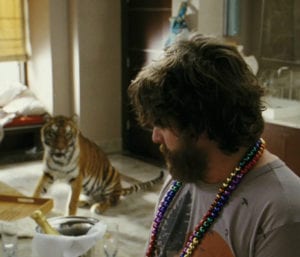 Beware of the “big-win hangover.“

It’s kind of like when you lose five pounds, and then eat a bunch of junk for a few days to celebrate your success. LSU has already been having a problem with penalties, and a few poorly timed mistakes could affect the outcome of a game with a team like Louisiana Tech. Superfan statistic alert: The last time LSU played Louisiana Tech, they only won by a touchdown. Timeout. I’m sorry, but I can’t let a statement about hangovers and tigers go by without saying, “Tigers love pepper. They hate cinnamon.” If this weekend’s game is considered a “big-win hangover,” then hopefully it looks less like Zach Galifianakis wandering around in his underwear and more like Bradley Cooper in a sweaty shirt and aviator glasses.

“Joe Burrow may be human, but LSU’s kicker, Cole Tracy, is not.”

Again, this is a direct quote from my superfan husband. Apparently, he knows something about intergalactic college football recruiting. I hear that all the great high school players can be found in the neighboring galaxy of Andromeda. Any who, superfans are finally giving some credit to Head Coach Orgeron for seeing a need in the off-season and snagging both of these transfers (even if one of them is an alien). Having a quarterback that doesn’t act like he’s herding cats and a kicker who is out of this world (literally) has made all the difference this year. Side note: I noticed sports shows using the nickname “Kick Tracy” for the kicker. How do sportscasters get away with being this cheesy? This is why I will forever be mostly amused with all of this nonsense.

Next year’s football schedule is out.

Seriously!?! Can we just get through this season without my husband asking me which weekends my mom would be available to babysit in the fall of 2019? Matt is most excited about the fact that we are playing the Texas Longhorns next year. Superfan fun fact: Texas’ coach, Tom Herman, almost came to LSU to coach. He all but signed the contract and then began entertaining other offers. Superfans are excited to show the “one that got away” what he’s missing. Beating the University of Texas in Austin would be like their version of wearing a revenge dress to the wedding of a mutual friend of your ex’s.

So, that is what’s on your superfan’s mind this week. I’ll be back next week to share my wealth of superfan-approved knowledge for the Ole Miss game. Until then, you can find me coordinating childcare for the 2019 football season and rolling my eyes at the phrase “Kick Tracy” until forever.

The (more than) Slightly Interested, Mostly Amused Wife of an LSU Football Superfan 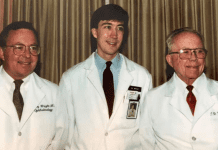 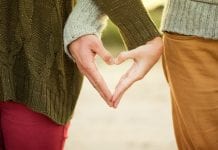 Can Your Marriage Survive (And Even Thrive) During Social Distancing? 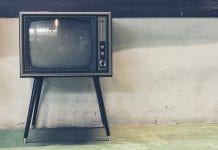