I know that when it comes to healthcare and seeing doctors, it can all be intimidating when they use acronyms and a language we may not understand. But let me encourage you – nobody knows YOUR body and your health better than you. 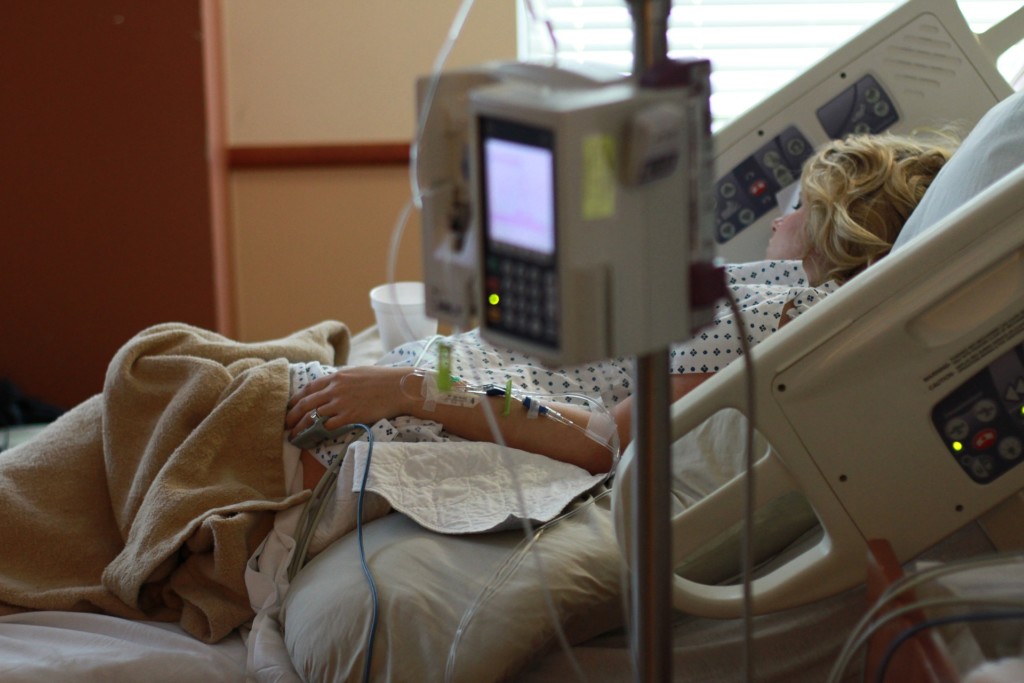 Doctors are providers / vendors … the same as choosing to shop at a Target instead of Wal-Mart. If you don’t find what you like at one, you can always go shop at another. I tell you all this because doctors don’t always get it right. I was recently discharged from an emergency room, and if I had taken that doctor’s advice as all I needed (and as “law”), I wouldn’t be here to share my story with you now because I would be dead and gone.

Trust your gut when you think something is “off” and get a second opinion. In my case, it saved my life.

Yes, doctors are highly educated, but they don’t know everything. In my house, where my son has a list of over 20 doctors, we say that’s why medicine is called a “practice.” Without having a medically complex son and all the education that has come with that journey along with the benefit of having doctors as friends, I may not have made it out of this alive.

I had gone to the ER with unbearable pain in my abdomen. I was audibly moaning and writhing in pain, tears streaming down my face. It had gotten so bad I could barely walk. They triaged me, did an EKG, and took blood work while I was in and out of the waiting room in the ER. A few hours later once I got back in a room in the ER, they gave me an IV and finally gave me pain meds. They did a CT scan, and the doctor said he didn’t see anything except gas pockets in my intestines and decided they were going to send me home.

At this point, I still had no idea what my blood work results were, I just knew I couldn’t drive myself home until the narcotic pain meds wore off, and when I tried to walk again … severe pain. I begged the nurse to reconsider the decision to send me home. I couldn’t walk I was in so much pain; how could this be ok? They had to wheel me to my driver’s door so I could drive myself home – for the life of me I could not understand how I was being sent home.

I have dealt with a LOT of chronic pain in my life with my back issues. I had even broken my back at one point – but initial X-rays showed nothing. Three months later when I was still in incredible pain, and MRI showed I had broken my back, higher than where they had X-rayed me at the ER. (A different town, and a different ER, I was traveling when that accident occurred). But the point is, it took me THREE months to return for more help – I do have a high tolerance for pain. I explained to them it also took me 3 days to seek help for a broken rib, and the fact that I was crying in pain over my current abdominal issues should be an indication to them just how serious this might be. This all fell on deaf ears, and I begrudgingly drove myself home.

But once I got home, I decided to call my doctor friend and review my numbers. I knew my white blood cell count was high, but I needed some advice on what to do next. On the white count alone, she told me I needed to immediately go see my primary physician. So I did, and she immediately sent me over to surgery for a consult. Upon examination, they admitted me to another hospital for further tests, immediate antibiotics and and IV. No one could understand how on my white cell count alone being nearly double what it should be, the ER could have sent me home.

I KNEW IT WAS WRONG IN MY GUT. And three more doctors after that gave me affirmation that the ER doctor was WRONG.

Eight hours after being discharged from the ER, and admitted into a new hospital, my white count had crept up ANOTHER 10 points. And upon further review of my ER paperwork, there were actually four more of my blood work numbers that were also out of whack. Had I not sought out further treatment, I would have become septic and died in a matter of days. This is why it’s important to trust your gut, and seek additional advice if something doesn’t seem right to you. If I hadn’t trusted my gut about my own body, I would be dead.

My Gut Was Right

They kept me in the hospital for five days while feeding my body antibiotics and running a barrage of tests, and letting my body rest and recover from whatever sparked this little mini vacation of secret shopping the local hospitals. And a week after my hospital stay, I was scheduled for eight surgical procedures with two surgeons at yet another hospital to address the many issues that came to light during the week of testing, and subsequent tests once discharged from the hospital. When they cut me open it was evident (although all previous tests were inconclusive) that I was suffering from diverticulitis. They also removed every female reproductive organ as they were riddled with endometriosis, swelling and mystery fluid. They spent lots of time cleaning out lots of adhesions that was making my organs stick to one another abnormally, removed my appendix and repaired a hernia.

Clearly, there were things wrong. My gut instincts were right on, and I’m so glad I stayed committed to standing up for myself and advocating for my own health based on what my body was telling me.

Ask questions. Be bold. Phone a friend. But don’t leave your health to chance when you suspect something is very wrong, and your gut is telling you not to let this go.

Have you ever had a similar experience? What did you do?