Several times in my new motherhood, I have found myself telling someone, “This is, like, a thing now.” For pretty much any parenting decision you make these days, there is a corresponding label for it. And a few piles of books written on it, detailing why it is the best thing in the world. Natural childbirth, attachment parenting, unschooling, free range parenting, authoritarian parenting, cry it out, baby-led weaning. 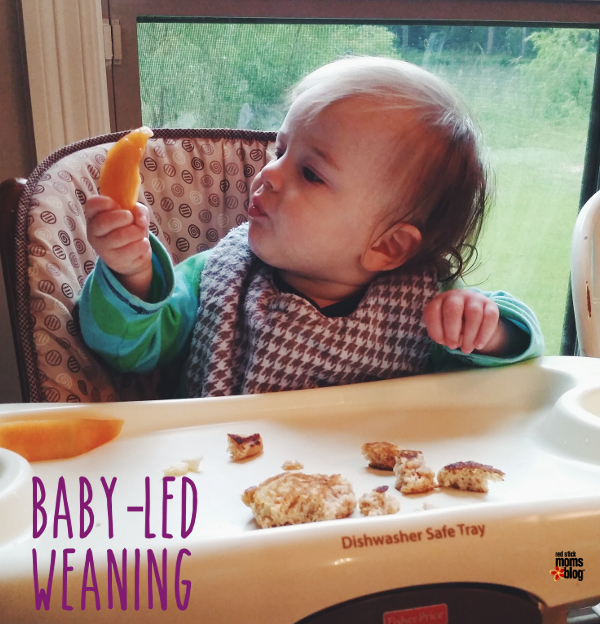 When Sam turned six months, I dutifully introduced solids – with my shiny new immersion blender and silicone ice cube trays (BPA free, of course), ready to puree all the things. Yeah, he would not have it. For a month, I fought with Sam, trying to get him to eat these beautiful, nutritious purees. I could get him to eat a little off of my finger, but rarely ever take a spoonful. He did not want me to feed him.

I was frustrated but not ready to give up. I knew he didn’t nutritionally need solids yet, but what if he turned out to be a bad eater? So I kept trying.

At a birthday party, I was casually talking to another mom and solids came up in conversation, and I told her of my frustration. “Have you tried baby-led weaning?” she asked me. I had heard of it, but I was too afraid of him choking. Baby-led weaning is when you give your baby bigger chunks of soft food that he can pick up and feed himself. She encouraged me to try it, and that he would be fine, even with no teeth. “Babies have a good gag reflex which helps them avoid choking,” she said.

The next day, I put away my shiny new immersion blender and instead steamed some cubed sweet potatoes. At dinner time, I put them on his highchair tray, ready to do the Heimlich if needed (it was not). Sam picked up a few cubes and squished them in his hands. I think he smiled. He took a cube in his hand and put it in his mouth. I think I cried.

I haven’t pureed anything since.

When you google “baby-led weaning” (as I am sure some of you will), you will find it is very much a thing. I sent my mom a picture of Sam with his roasted carrot and zucchini sticks, lightly seasoned with garlic powder and oregano, and she said she was worried the pieces were too big and he’d choke. And I said, “But Mom, it’s totally a thing now. He’ll be fine.” Someone else asked me why I wasn’t doing jars of baby food, and I told them, “Well, he likes to feed himself, so I just give him what we eat. It’s a thing these days.” 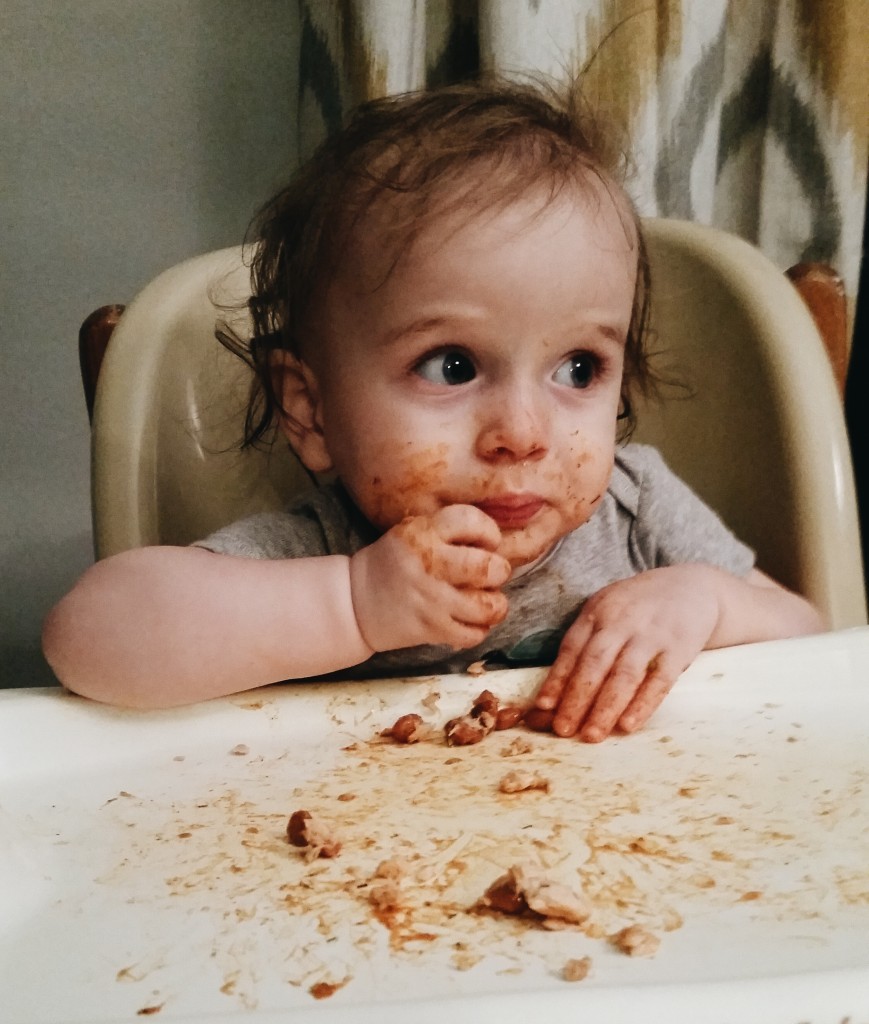 In the age of the internet, it seems like we have to be all or nothing with these labels. After a while, I find it very exhausting to keep up. I am loving baby-led weaning, but I am by no means a purist. (He will let me spoon feed him applesauce now.) It is working for us. Sam is eating well. He hasn’t choked. And it’s super easy (and cheap).

Frankly, though, I hate the name baby-led weaning. Or that there is even a label for, “we’re feeding our kid food.” It’s called baby-led weaning based on the British definition of wean, meaning to add complementary foods to breastmilk or formula (unlike the American definition that means to stop breastfeeding). For now, I still nurse as I have always done, and he gets three meals a day—two in daycare and one when we sit down to eat dinner. I fix him a little helping of what I am eating (using common sense of course. I don’t give him anything too salty or spicy). I love it because we all get to eat, as a family, at the same time. One of us doesn’t have to feed him spoonfuls of anything. Sam eats and plays and makes a mess. He gets a variety of flavors and textures. And he loves to eat. Plus, it’s good motivation for me to keep up with menu planning and making healthy meals for everyone.

So, don’t be afraid to give your kid some food off of your plate. It just might relieve your meal time stress.

Have you tried baby-led weaning? What foods have been the biggest hits? 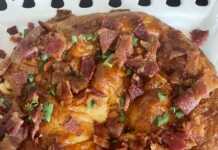