I guess I have it backwards, right? We’re always harping on the pressure mothers feel to breastfeed their babies. That was the case with my first daughter, but not my second.

With my first daughter, breastfeeding was a battle from the beginning. Lots of pain, a tongue-tie and major oversupply that kept each feeding from being anything but relaxing. It was because of my oversupply that I felt I had to keep going. Women dream of having this much milk, I’d think. I had no “valid” reason to quit.

I promised myself I would make it to 6 months and wean. That’s exactly what I did, and I never looked back.

Breastfeeding has come naturally and without any pain since the beginning with my second baby girl. She’s always gained weight, and though my oversupply is still a factor, she’s not bothered. In fact, she nurses so efficiently that it’s become somewhat of a problem.

Ever heard of a “happy spitter?” Well, let’s call baby girl a “happy projectile vomiter.” All day. Every day. We both go through several outfits a day, and we don’t go anywhere without a pile of cloth diapers for clean up.

The first suggestion from the Facebook breastfeeding groups is always to change my diet. Well, that ain’t it. I’ve given her a bottle of breastmilk several times, and the spit up is minimal each time. So, my husband and I have come to the conclusion she’s just getting a LOT of milk very quickly (I nurse on one side per feeding for 5-10 minutes max).

In a perfect world where I have unlimited energy and 6 hands, I would exclusively pump. Unfortunately, this isn’t a perfect world, and I’m already tired as hell. I have a busy toddler in desperate need of attention, and I’m just not willing to spend the very little free time I have, or the little time I have alone with my oldest, attached to a pump. I’m just not doing that.

Not So Natural After All

The spit up isn’t the only thing pushing me to make the transition to formula. While I said breastfeeding my daughter comes naturally, I don’t mean I feel natural about nursing in all situations. In fact, I’m shocked I’m still enjoying breastfeeding my 8 month old.

In my family, it’s known how healthy it is to breastfeed our babies, but it’s not something I do openly at family gatherings. I’ll get the occasional “good for you!” when asked if I’m still breastfeeding, but if I’m around anyone other than my husband and daughter and it’s time to breastfeed…I’m leaving the room. My siblings have indirectly made it clear they don’t love the idea of me whipping out a boob when they’re in the room, and I understand that. It probably makes me more uncomfortable than anyone. I just hate the idea of making anyone uncomfortable, so I just avoid it by disappearing for a while.

The same thing goes for public outings. If I’m going to breastfeed, it’s happening right before we leave the house…or in the car. I’ve attempted nursing with a cover at playdates twice and felt like I was going to either suffocate my baby or scare any onlookers because of how UNNATURAL I just assumed I appeared. As much as I would love to feel confident or comfortable with it, I just don’t. It’s really a shame. 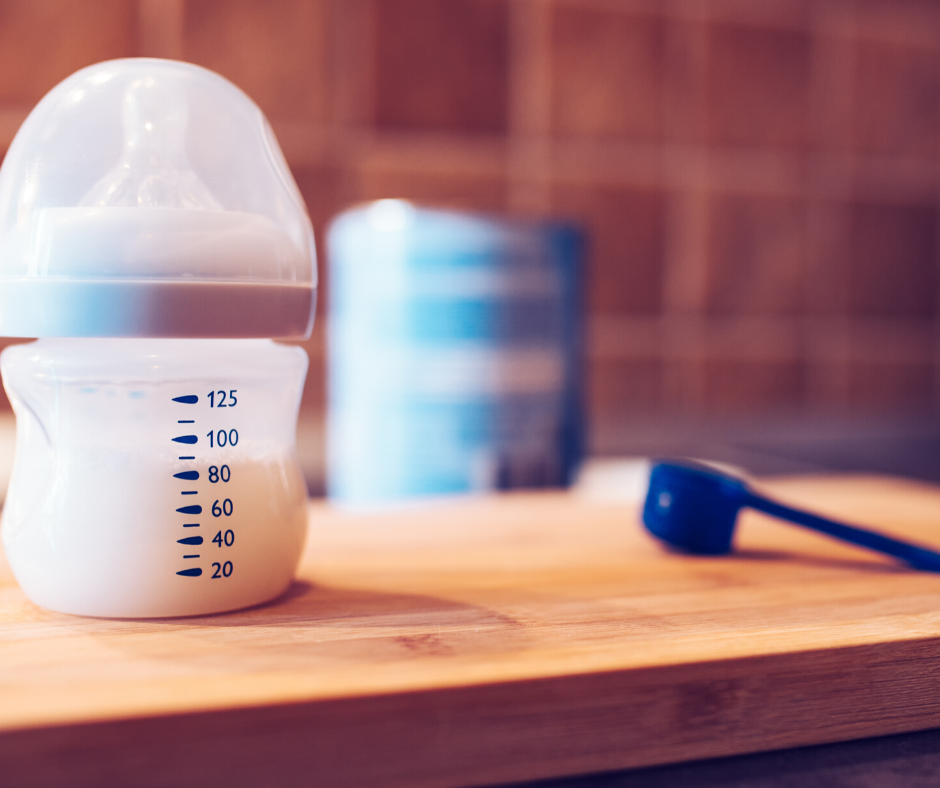 This week, after a long day of constant spit up and a terribly moody baby due to what I now believe is a rough developmental leap, I made the decision to start weaning. I was exhausted and thought of how relieved everyone else would be. I thought about how much easier things would be for everyone else if I was no longer breastfeeding. Doesn’t make sense, does it?

I planned to replace one feeding with formula every few days, but I thought I might keep the bedtime feeding for a while. It’s like I wanted to wean for everyone else but keep a little something for myself, if I could.

My daughter took the formula like a champ. No spit up. I got out all of our bottles, plugged in the Baby Brezza, and called it a day. I guess it’s happening.

The next day, one of my boobs was already on fire. I was emotional. You see, the time I spend nursing my daughter each day is short, but it’s precious. It’s our time. I’m constantly surprised by how much I love it because I always assumed it would be another chore. It was so difficult with my first daughter. I just entered into my second experience expecting the worst…and it never came.

WHY AM I DOING THIS? I was frustrated. The $17 12-ounce can of formula threw me for a loop the day before, but it was the very honest conversation I had with myself that morning that led my fiery boob and me to make a decision. Weaning canceled.

I never saw myself breastfeeding an entire year. It’s actually not something I ever considered. I might not make it that far, but I’m just not ready to quit.

So, if I wasn’t breastfeeding, I could take a bottle and feed on the go — anywhere — without thinking twice. I could do a little less laundry. I could hand my baby to a friend without worrying about the next barfing episode. My own family members have made it very clear how disgusted they are with spit up. Thankfully, I’m the only one whose mouth has been spit up in, so that’s one bullet dodged.

I get it. It (literally) stinks. It’s messy and inconvenient. But, let’s not let the mess overshadow the miraculous (you know, the fact that my breastmilk protects against allergies, reduces the risk of viruses and ear infections, protects against diabetes, helps prevent obesity…etc).

So, to all my unnatural nursers out there…this one’s for you. A little awkwardness never stopped the antibodies, right? We’ve got this.