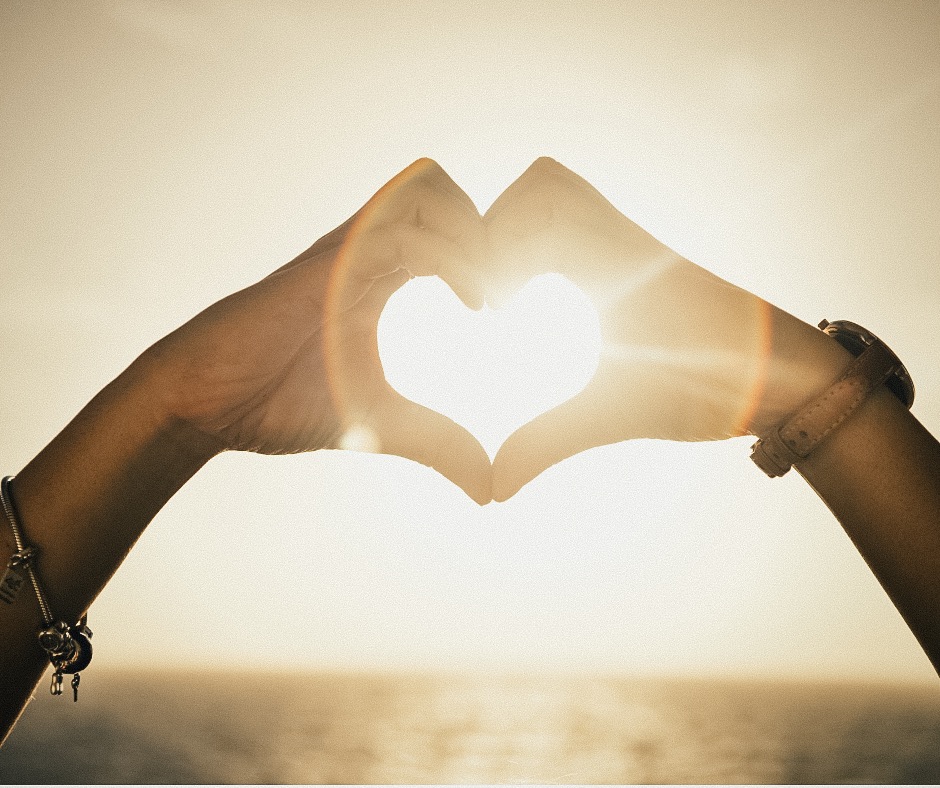 Mommies, mothers, we feel all of the feelings. All of them.

We literally feel our children’s bodies move inside of us and hear their heartbeats (thanks to the modern age) before we ever get to meet them.They hear ours, they beat together.
This is not to knock fathers or deem them unimportant, my sons will be amazing fathers one day – but we mothers, though, we sacrifice for our little beings before we’ve met them … no rules to follow … before we know if they’ll even look anything like us.

Sometimes, we love them before they’re a thought, when they’re only just a dream. That’s a powerful love.

This is not to say that those mothers who choose to be mothers – foster mothers, adoptive mothers, and stepmothers love any less.

Oh no, you see, they looked at someone else who wasn’t made to look like them, who didn’t come from them, who isn’t like them…and well, they deemed those children worthy, they said, “I choose to love you.”

Yes, these mothers, too, they feel all of the feelings because it was a choice.

It takes a mother to change the world.

Don’t believe me? Ask Mary of Nazareth. Through her, Christians of past, present and future were given their Jesus Christ.

It takes a mother who feels all of the feelings to change the world. Read that again.

This week, while I was reflecting … reading Maya Angelou, watching The Color Purple, furthering my heart on Blackout Tuesday to understand and comprehend the pain my black friends must feel every day when watching the news and seeing children like them, children like they once were, fathers, and mothers … killed and disregarded like they’re nothing special. Then, another tragedy occurs, and I imagine I am them … being told they are wrong for insisting, that YES, they ARE special, too, or for having the audacity to request that they have the equal right to be precious.

In my readings,  I came across a name I’d only heard about in passing but had never further investigated. Maybe I just didn’t have the time but … probably more truthfully …no one in my circle ever talked about this name.

Her name was Mamie Till-Mobley.

She was the first black student to ever make “A” honor roll at the white school she attended. She was the single mother of a son named Emmett. At the age of 14 (one year younger than my oldest son), she sent him to visit his relatives in Mississippi without the realization that he would never return.

You see, Emmett stopped in at the local grocery store while on his visit. The adult white woman in that store accused him of flirting with her. The rumor was that he “whistled” at her. This young boy MIGHT have whistled at a Karen (I don’t know her real name, this is what I’ll go with) and “flirted” with her (although his murderers later admitted they embellished lies about cat-calling on the stand) … and, allegedly, for that – he was abducted and BRUTALLY murdered (I won’t get into it, but it will induce you to tears if you have a heart).

I can only imagine the hot mess I would have been to open the door to this news as a mother of three boys.

Miss Mamie planned her own teenage son’s funeral and kept his casket open so that, and I quote, “the world could see what it did to her baby.”

He was a child who was judged, condemned, and killed by two cruel white men.

The following month, after a 5 day trial? His killers were set free by an all-white jury.

Mamie ended up becoming a teacher and an activist and her poor little boy’s death made headlines that shined a light on social justice disparity. In 1992, YEARS later, she listened in on her son’s murderers admitting that they got away with killing her baby boy, even hearing one of the killers go into detail about “how Emmett ruined his life and how he didn’t know why he couldn’t just stay dead.”

Her boy didn’t die in vain, though. Miss Mamie didn’t let him.

She continued to be an educator, an activist for civil rights, women, and mothers. She was also a sought-after speaker.

She was a mother.

Learning about her today reminded me that sometimes it takes a mother.

A mother like her spearheaded social justice, she took her pain and empathy and used her mothering heart to turn it into GOOD for humankind.

Our world is experiencing the painful last moments of George Floyd on a daily basis. I have only been able to stomach watching its horror once. I read that that poor man called out for his mother in his final moments. His breath taken away in the streets over what is supposedly twenty dollars.

What price can I put on my sons’ lives now? When they become adults? How many dollars are they worth? Are they worth more because they have alabaster skin? Or are they priceless because they are human? Will they ever have to worry about being brutally murdered or asphyxiated because of a wink or the price of a movie at AMC? Should anyone’s children have to worry about that?

It takes a mother to watch Ahmaud Arbery and George Floyd’s deaths and see their own sons meet their unnecessary demises.

It takes a mother to know that pain and injustice will never prevail and that something must be done, if it takes US to show people how to truly love others and end the false narrative that “racism doesn’t exist” as it plays out in front of my own eyes daily, then so be it.

It takes a mother to take off her apron and work clothes and get it done herself, even if no one else is going to help, and say, “Not Today and Never Again.”

Sometimes it takes a mother to activate that empathic voice and say, “It’s not okay for this to happen to our babies.”

It takes a mother to rally around the mothers and daughters and baby boys that are hurting, being hurt, being killed out of cruelty and say, “No. This will stop. These are our sons, daughters and families, too.”

It takes a white Mama Heather to stand with my Mama Wanda and Mama Mamies and say enough is enough, this will no longer be tolerated. We need the village, we need ALL of the village for our children, ALL of our children to have a safer and more loving tomorrow. 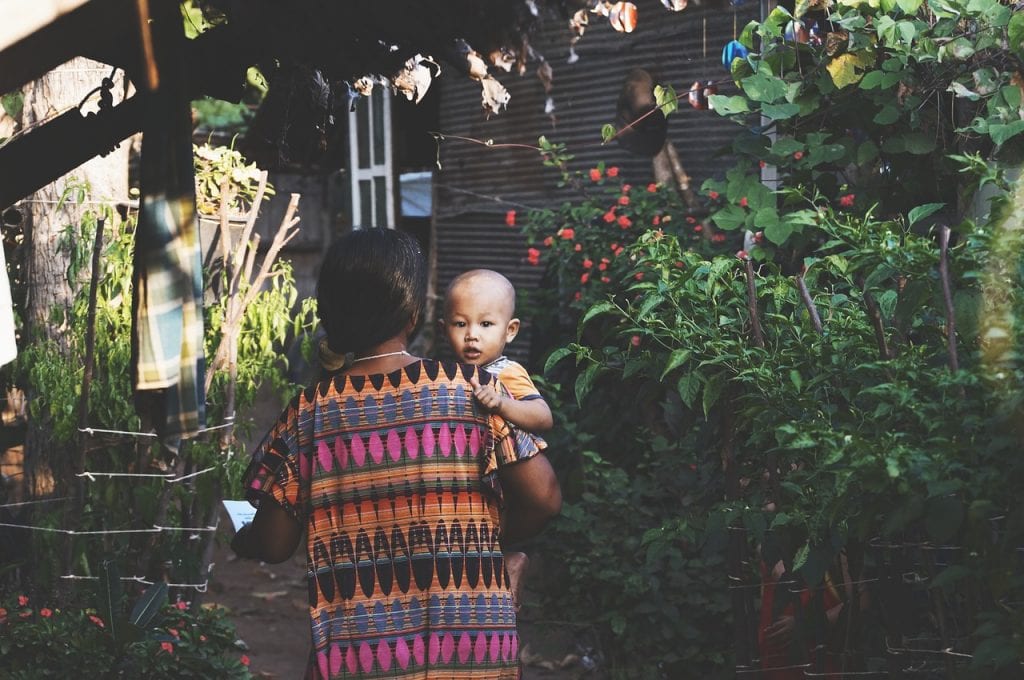 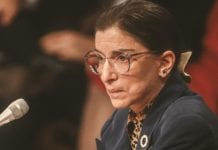 Dear Ruth Bader Ginsburg – From an American and a Mother 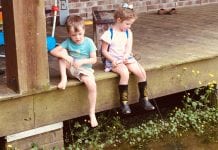 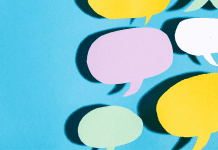 Be a Big Girl: Stop Hating on Moms and Their MLM Companies

Jenny - September 14, 2020 0
At Red Stick Mom, we are on a journey to continuously learn about the importance of supporting our neighbors in marginalized communities where disparity...

Local Nonprofits Making a Difference in Your Area

ABOUT US
Red Stick Mom is a locally-focused parenting resource for moms and families. Passionate about parenting and our community, Red Stick Mom strives to connect area moms to relevant resources, local businesses, can’t-miss happenings, and most of all — each other!
Contact us: info@redstickmom.com
FOLLOW US
Red Stick Mom© - 2020