I know what you’re thinking… This is going to be another one of those mommy guilt posts.  A mom laying it all out there on how hard it is to not let the guilt set in.  How she rises above the influence of all the super moms out there and lives for herself and her children. BUT, it’s not.  While I can tell you how incredibly important it is do just that, this post is about a different type of mommy guilt: the guilt that hovers over those of us with more than one child. 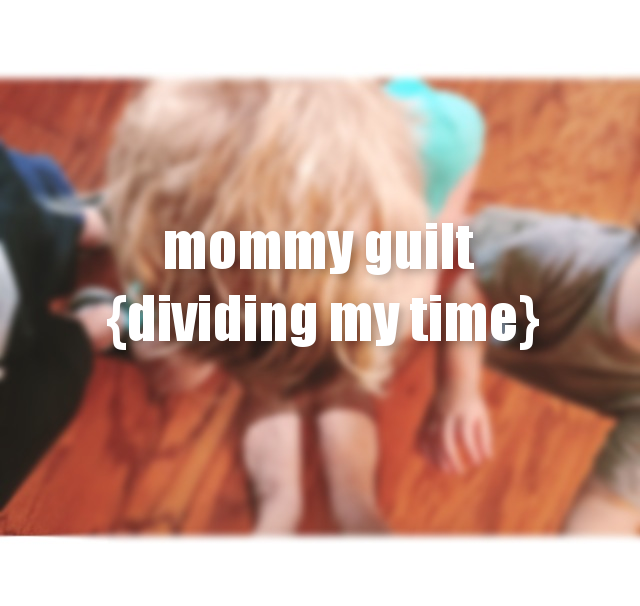 I LIVE with a guilty conscience. It’s a weight.  A weight on my shoulders and a constant feeling that if I’d done something differently, maybe I would have gotten a different outcome.  I can say that I’m far from meek. I’m confident and strong minded and my mommy guilt doesn’t come from the influence of other moms but from myself.  It is 110% self induced.  I am a mom to three boys, ages eleven, three, and one.  I split my time between them as evenly as possible, but mostly I just manage to combine it all into an organized chaos that looks quite pretty on the outside. THIS is where the guilt comes in.

I was first a mom to one boy, two years old at the time.  We spent our days watching movies, picnicking at the park, and making trips to the zoo. My life was fully committed to this tiny little child that I was given the opportunity to raise.  It was determined to give him a life as perfect as they come and make certain not to miss any of those special moments.  A good six years of time with Blaison had passed when we started gearing up to welcome Kade into the world.  I think this is where the guilt started.  I was so worried about the effect a new baby would have on Blaison.  Would he feel replaced?  Would I show a different type of love to the child I’d given birth to than the child who I’d loved as my own for so long?  Would I show as much love for my new bundle of joy as I did for Blaison?  There was so much weighing on me about this change in our lives.  The guilt carried over a bit after Kade was born but thankfully, it soon diminished    Blaison was in school, and I got those special moments with Kade…those selfish ones.  I spent most of my days snuggling in bed, staring at this new precious baby boy and drowning in all the love I had for him.  As the days, months and even years went on, the guilt wasn’t too bad.  With a six year span between the two of them, splitting my time was pretty easy to manage.

In the fall of 2013, I became a mom of three boys: an infant with MSPI and sever Reflux and losing weight by the day, a two year old who didn’t quite understand what it meant to have a new baby brother, and a ten year old who was learning the ropes of having not one, but TWO little brothers.  THIS is when the guilt got bad, really bad.  The first few months of Kellan’s life, Kade and Blaison were in the shadows.  With supply and allergy issues, I was spending almost all of my time in my room pumping and feeding, answering homework questions through a cracked door, and trying to soothe a toddler who wanted his mamma back.  I definitely felt (as I think anyone would) like I was falling short of being the mom I wanted to be to the two older boys.  I’d sit there with such heartache over what was going through their minds.  I wanted to be able to sit with Blaison and ask how his day was and help him with his homework without having to spring up to a hungry baby.  I wanted to be able to play with Kade in his room and read him stories, just him and me.  I wanted to be able to sit there in peace with Kellan and enjoy those special moments with him, quiet without Kade crying at my feet to be held.  BUT I’m here to say – That’s not how life works. It doesn’t just hand over what I want. 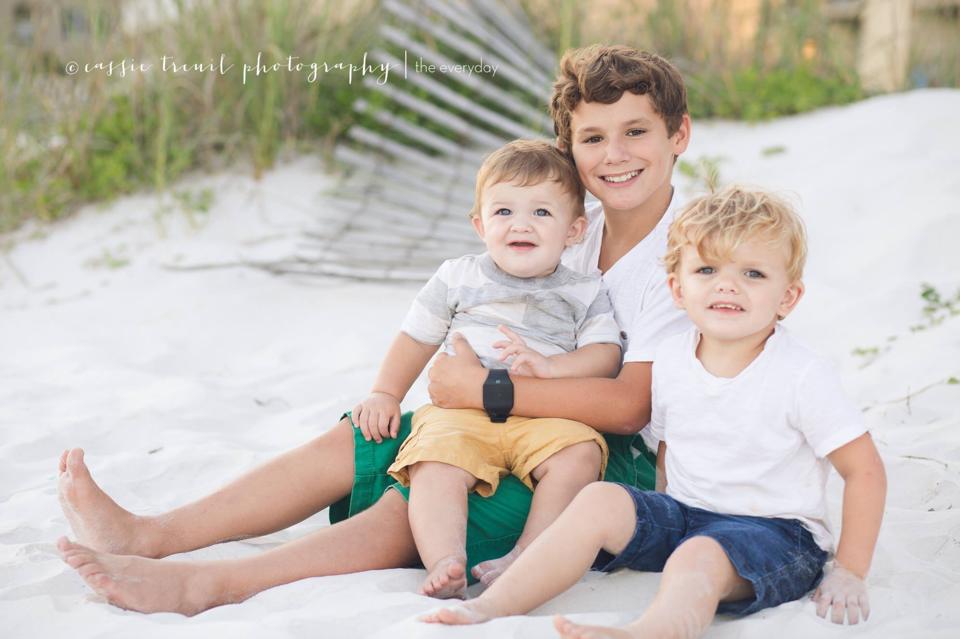 I find that now, more than ever, the guilt makes an appearance.  Was it the circumstances of those first few months with a third baby boy in the house?  Maybe.  Or is it the fact that these three sweet boys are growing by the day, each with different needs?  Probably so.  There are plenty of times when I know my time isn’t balanced from one to the other.

At the end of each day, I can’t help but wonder if I’ve shorted any of them.  Did I spend enough time with each of them? Did I ignore one too many tugs at my shirt? Although there has never really been any “fix” to this guilt that seems to stick around, there is that one thing that keeps me going.  I’ve learned to accept the things I cannot change, things that were laid out for me as they were supposed to be, and to appreciate the fact that this is life, in all it’s beauty, and to take it one day at a time.  Sure, my days will vary. One boy may need more attention than the others today, and that’s ok.  It’s also ok to feel “the guilt”. I am human, and that’s just part of it.  I can honestly say I don’t think I’ll ever shake this guilt that comes along with raising my three boys, but I’ll continue to spend most of motherhood perfecting this balancing act, making sure they never feel too distanced from me.

How do you balance life with multiple children?