Those three little words set my skin on fire every single time I hear them: Let’s go back to the Good Ole Days (aka) when things were easier for me and my privilege was not checked?

Hear me out for a moment: Don’t read my very first sentence and get all defensive, I know full well that when my mom says something similar she means: (“I want to go back to when my mom was still alive, you saw your family every single day, and leaving your door unlocked was completely normal”.)
I assume that most people feel this way, in some small way we all miss childhood and the simplicity of it.
HOWEVER, when a politician or someone in power makes that statement with a sneer on their lips it sounds like degrading word vomit.

I was born in 1988 and my childhood was all of the 1990s, my front door was always wide open, and neighbors were always in and out of the house. My great-grandmother cooked dinner every single night, I went to a Catholic school, and we attended church every Sunday. I look back on my childhood with fond memories and thankfulness. BUT, I also remember what it was like for other people in my community.
LGBTQ – I can not recall one person in my childhood who was gay or bi. If you had any feelings for someone that was the same sex as you, GOD FORBID. You were disowned and treated like the plague. How many stories did we hear of boys being beaten to death for being a Fa*? So many people hid their true feelings because they were scared.
BIRACIAL – How many times were you told that if you dated someone of a different color you would catch an a** whopping? Were some of you even allowed to play with children of a different color? In 2003 a caucasian friend of mine wrote an emotional letter to her parents begging them to accept her boyfriend who was African American. I remember reading that letter and crying for her because we honestly had no idea what would happen to either of them.

My question to everyone who makes that statement is: Which good ole days are you referring to?
The years where blacks and whites were segregated, when women were considered property, or when humans weren’t allowed to marry the people they loved? 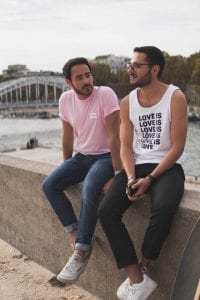 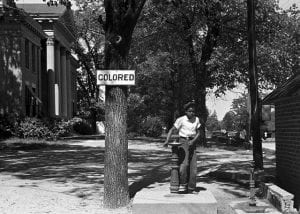 If you are referring to the days when kids didn’t have their noses buried into their iPhones 24/7 and people actually held conversations then I feel ya.  But when someone sneers at a same-sex couple and says I miss the “Good Ole Days,” then I have a problem. The United States of America is a relatively NEW country and we are constantly growing, learning, and becoming better. I look forward to the NEW days when everyone is treated as equals and we all look to build a better future together. In some ways, we have grown up and matured but in other ways, it seems like we are more close-minded than our ancestors.

It makes perfect sense to miss the simplicity of life back in the day: The cost of living was cheaper, families were closer, children could play outside all day and parents could feel safe. But please do not forget the way people in your community were treated in recent years. It may seem hard to put yourself in someone else’s shoes, so ask questions. Ask your parents or grandparents if they remember when the schools became desegregated. Think back to the LGBTQ kids in your high school, how were they treated?

Spending time with your family and getting out of the social media hole is something we can do in the NEW days, so let us not forget our past mistakes and trials, but let us learn from them.
Keep the values of family and community and throw out the unnecessary hate for the color of someone’s skin or their sexual orientation. 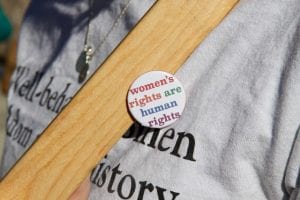 I will be looking ahead to the NEW days while remembering the OLE days and working to make the NEW ones better. 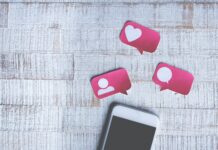 Instagram Vs Reality: Why I Want to Live Unfiltered 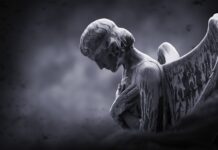 Regret and Grief: Life After My Best Friend Died 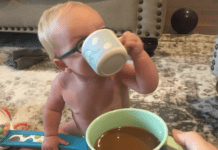 This One is for the Working Moms

Ashley Gravois - September 22, 2021 0
Who doesn't love an after-school snack break? After a long week of the daily grind, my family loves to venture off schedule on Friday...