The journey to keeping our baby in her bed has been tough. 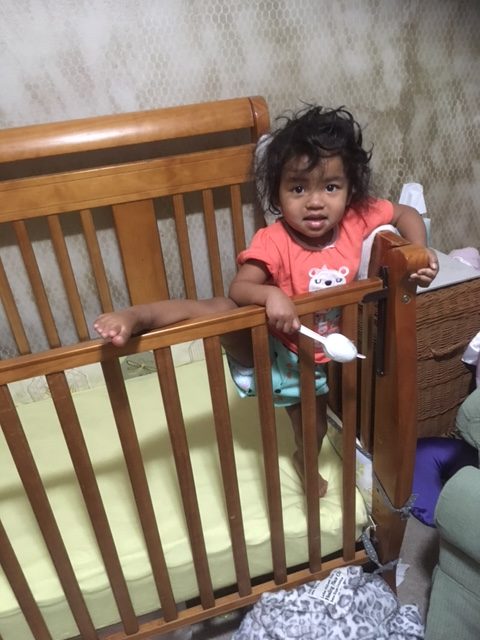 She was a climber from the moment she could crawl and began climbing the couch before she could even walk. So naturally, trying to climb out of the crib came as soon as she was barely tall enough to see over the side rails.

We tried the usual … lowering the crib to the lowest available space. For most toddlers, this would be enough. But for my little gymnast-wannabe who can hike her tiny leg up to the top of the rail, this move was not enough. She was attempting to pull her tiny body up over the railing when she figured out how flexible she was. So clearly, we needed a new plan.

Then we tried just putting the mattress on the ground. It was a brilliant move. There was a one or two inch gap between the bottom crib rail and the top of the mattress. We chose to pull down the crib bumpers to take up that gap. Well, it wasn’t but a day later, and smartie pants figured out how to squeeze herself like a cat under the crib rail right out of the crib. And we went back to the drawing board. 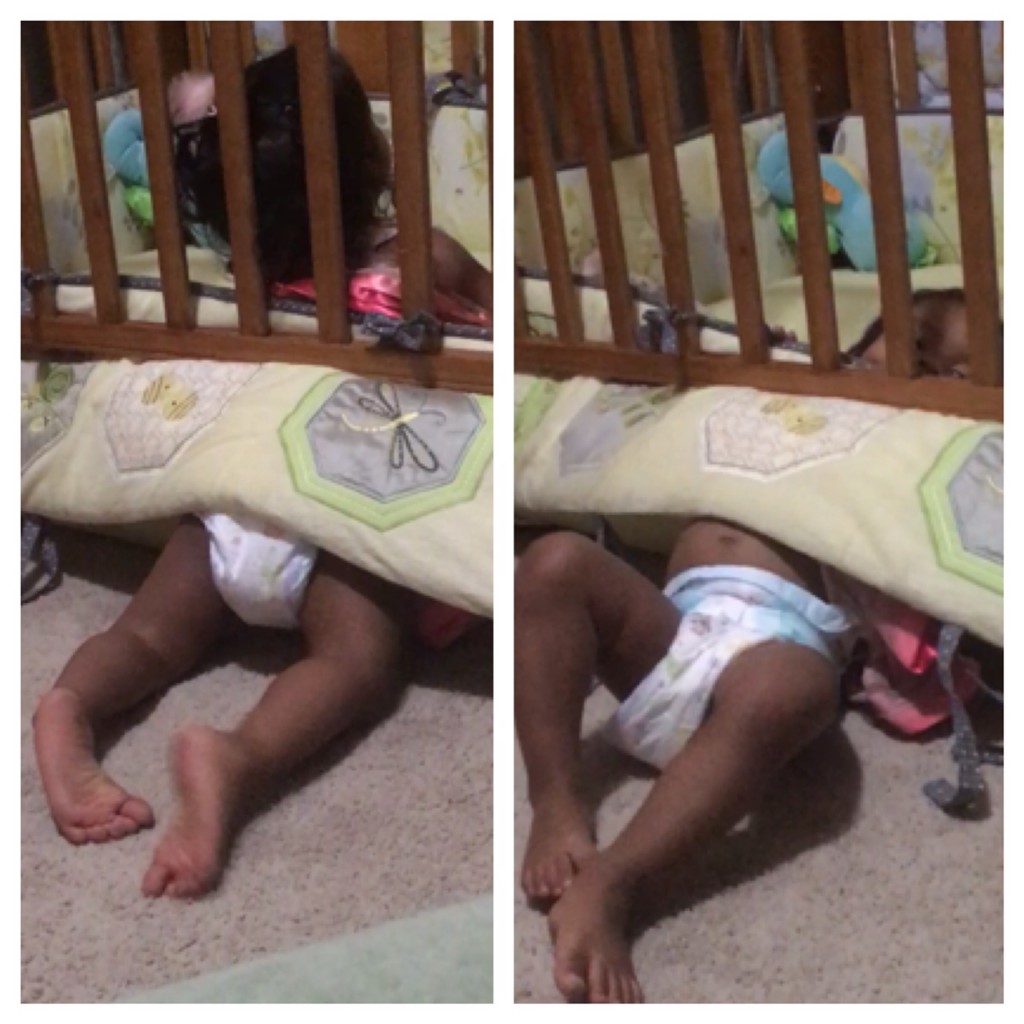 Then we tried using holes designed to hold a drawer underneath the bed to place the mattress braces there. It put the top of the mattress back above the bottom of the railing. But it wasn’t stable, and it kept slipping out of the bracing.

This climbing toddler was NOT ready for a toddler bed. She could not be trusted to be left alone in her room – she would have everything torn out of the drawers in less than two minutes and she would be climbing all the furniture. It’s just a dangerous situation to put her in so that was not an option. Also, her parents were not ready for her to be in a toddler bed – she needs more time to develop discipline with a bed time, sleeping, and waking routine.

So what were desperate, sleep deprived parents to do?

Put that baby’s rage in a cage, of course.

We shopped online for “crib toppers” and found a tent-like mechanism that fits in the crib and zips her into the tent so she cannot climb to escape the safety of her bed. This experiment would cost us a little over $100 on Amazon to try out. 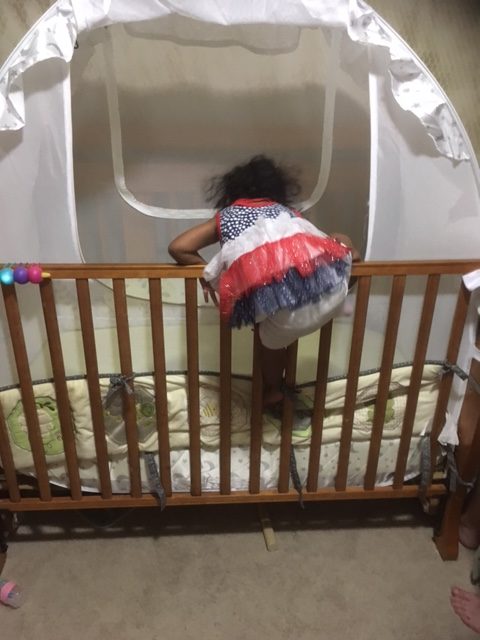 It only took a few nights for her to figure out that once she was zipped in, there was no getting out on her own. And this was the new routine. She gets rocked while she takes her bottle of milk, then placed in the tent and zipped in for the night. I was quite shocked at how effective this was!! It actually made our night time routine easier, with less fighting and push back.

Sleep regression did rear its ugly head again as we employed tactics I had seen on “SuperNanny” years before having another small child. But this “cage” has given us peace of mind that she is safe and has helped develop her sleep expectations. The initial investment was well worth what we got in return.

What are your secrets to keeping your toddler in bed?