Thank you. Thank you for opening up to me about your struggles, your insecurities, your marriage and your life. Thank you for teaching me what vulnerability really means.

Thank you for being transparent in a world where so many of us, including myself, are afraid of being authentic and strive to present ourselves as though we are happier and better off than we really are.

We only met a little over a year ago. We have no real history or longevity between us. In some ways, that made it easier for me to open up to you when I began what would become the most difficult and life altering time in my life. You live over an hour away. If you would have judged me, mocked me or gossiped about me when I opened up, I would have no problem turning my back and cutting you out of my life.

For as long as I can remember, it was easy to keep people at a distance. I would be around others just enough to not be forgotten but without getting too close. This way, I would not be tempted to try to trust a friend only to find out she’s a mean girl in disguise. Until I took a chance by opening up to you, I was closed off to everyone in my life, including my family and my oldest and dearest friends.

Sure, I would talk to people about what was going on in my life and maybe even share a little of my messy reality, but I kept the heavy things to myself. Through my own doing, I found myself without a support system. I had a few people I knew would be there if I needed something, but no one I felt comfortable enough to confide in. The pain of prior betrayals was too much to bear and I wasn’t willing to risk feeling that way again. 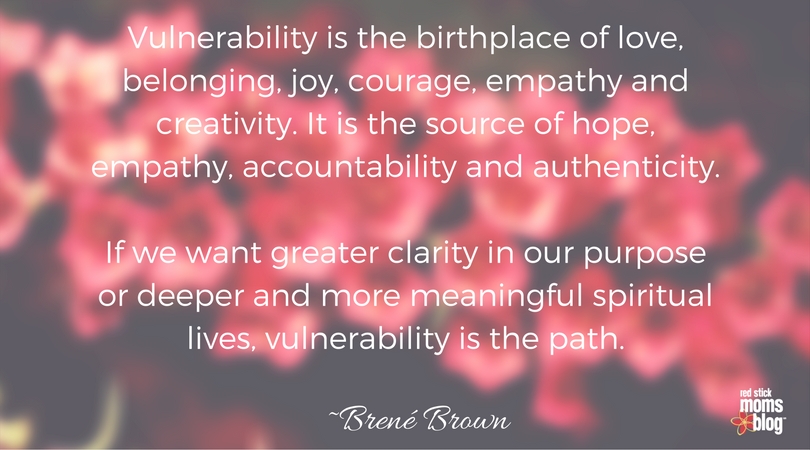 When my world began to unravel, you were the person I reached out to. I figured if anyone could be there for me it was a person who had already opened up to me. I will be forever grateful to your willingness to listen, even in the middle of the night, and to offer me comfort, support and understanding.

As difficult as things were in my life, when they began to take an and even worse and terribly unexpected turn, you continued to be there, and I credit you with slowing down the destruction barreling towards me. If I had been left alone to deal with this turmoil, I would have made even more mistakes. I would have contributed to my life becoming worse, not better. Your gentle guidance and support spared me from the brunt of the storm. For that, I don’t know how I could ever repay you.

You once mentioned one of your goals is to become a “mini Brené Brown,” and my friend, you are so much more than that already. I don’t know what your future holds or if you will get the kind of platform she has, but you deserve one. No matter if you become more well-known than Brené Brown, or if you never speak to thousands, know this: the people you are vulnerable with and those who you allow to be vulnerable around you will have deep, lasting growth and see positive changes in their lives.

In addition to helping me through my crisis, you gave me the strength to open up to others at at time I absolutely needed to. Because of your influence, I have had several heart to hearts with my oldest friend, and our friendship is stronger than ever right now because of my newfound ability to be vulnerable. I only have that courage because of your willingness to be vulnerable with me, along with showing me grace and compassion when I needed it most.

You will never be a mini Brené Brown. You are a maxi YOU! Had I not learned vulnerability from you, I may not have come out the other side of the fire in one piece. The world needs more people like you and Brené, who are courageous enough to let their guards down and allow people to know them for who they are. I hope I am on my way to becoming one of them.