Yesterday I shared my story about how I was bullied as a child. This was the first time I’ve ever shared about this in a public setting, and you can read it here.

Bullied Part 2 :: How You Can Help a Victimized Child

Thirty years later, here I am. Time and self-care have healed my wounds, but it’s an experience that will forever be a part of me. I don’t want any child to experience what I did. So today I am sharing some lessons I’ve taken from my life experience so that you as parents and caregivers can in turn share them with your children who are involved in bullying in any capacity. Let’s put a stop to this once and for all.

1. Kids who are being bullied should BAND TOGETHER.

Kids who are getting picked on tend to pick 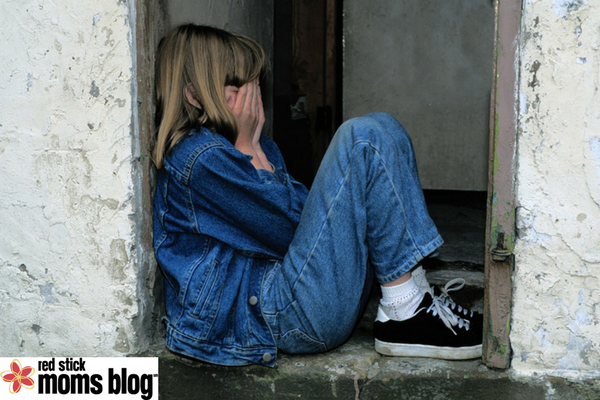 on the other kids who are already getting picked on because they think it will shift the attention away from them. We (the kids being bullied) allow ourselves to be isolated because we already feel like a lonely loser. It only further makes you believe there is no hope, and you buy into the words the bullies spew on you. I believe that we would have suffered far less together if we had joined each other in unity. When you feel so desperate and alone, you don’t feel like anyone could be your friend, and that’s what the bullies want you to believe. That gives them power over you. But if you begin to band together and stand up for each other, then you take away their power!

2. Bullies themselves usually have LOW SELF-ESTEEM.

Over the years, I’ve learned that hurting people hurt others. Sometimes this means those bullies have tough things going on at home too. Sometimes it means they have such low self-esteem, the only way they believe they can feel good about themselves is to put someone else down. And often, years later, I’ve learned that they don’t really have anything going on for themselves, so out of jealousy, they try to pull someone else down. In some ways, they look UP to you and feel the need to pull you DOWN to their level of achievement. Some of my childhood bullies have never been married or have been through several divorces, never found a fulfilling career, or got “stuck” someplace they really didn’t want to be.

I know this might not seem to matter when a child is being bullied NOW, but sometimes sharing the bigger picture, the long-term view can help ease a small part of their suffering. Tell them their lives have purpose and value, and only time will tell what that is. Let them know that their suicide will only hurt the loved ones they leave behind, if you feel this is something they are considering. Suicide or self-harm won’t solve anything, except to end their torture – which is momentary in the grand scheme of life. It can get better, if you can put this behind you.

3. If something is happening, TELL SOMEONE.

If you are a teacher, parent or coach, and a child tells you they are being bullied, you must do two things: 1) BELIEVE THEM and 2) TAKE ACTION. Investigate! Find out what is going on, observe what is happening, and encourage them to keep talking about what they are experiencing and how they are feeling. Pull in a guidance counselor or other help if you have to. Often we don’t feel like there is anyone we can talk to, and therefore suicide is the only answer. It’s the only thing we can think of to JUST MAKE IT STOP!!

If you have a loved one who was bullied when they were younger, encourage them to talk about it and work through it with a professional. Sadly, I have at least four or five former classmates who took their lives after high school. One in college, a few in their late twenties, and a few in their thirties, and I even know of a few others in their fifties!! ALL OF THEM WERE BULLIED WHEN THEY WERE YOUNGER. This can lead to depression and anxiety – and left untreated can look like alcoholism, addiction, depression, mood swings, and other behaviors that don’t always make sense to someone else. We all carry the scars of what was done to us. We all have different triggers. It’s important to identify them, address them and seek help.